EU officials have also spoken out about the UK government infringing the Northern Ireland protocol and the possibility of Scotland rejoining the bloc. 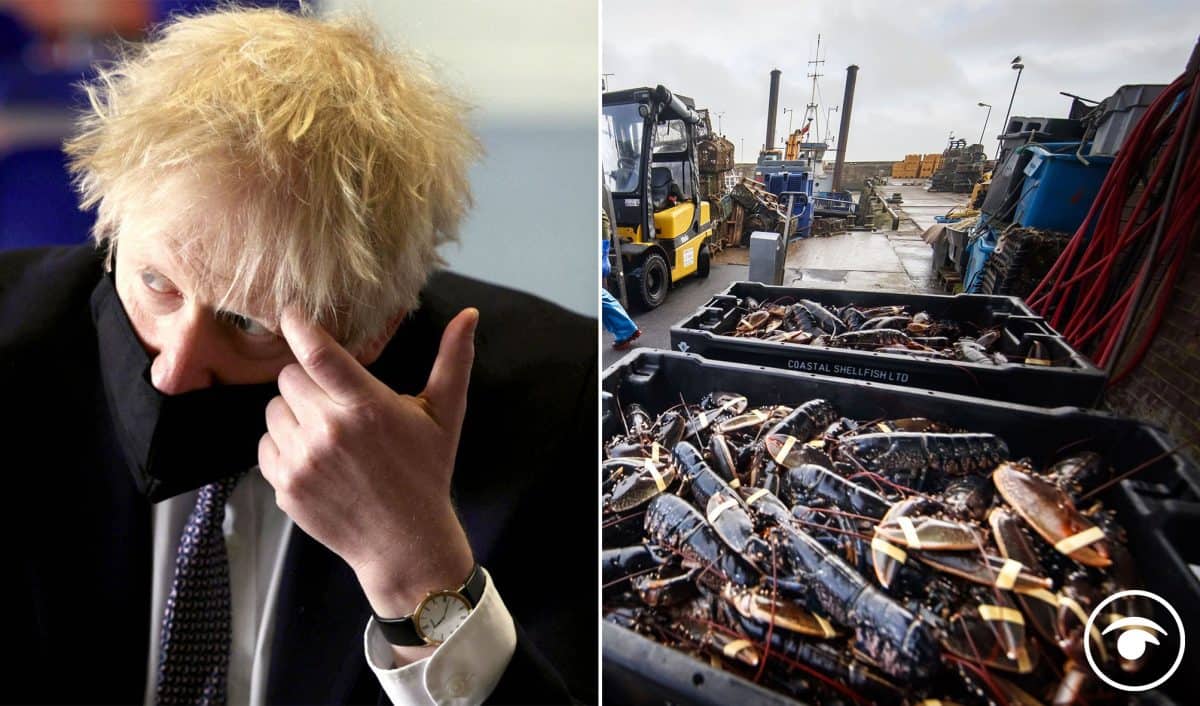 EU officials expressed serious concerns about the UK government’s handling of the Brexit negotiations, and warned the “unprecedented zero tariffs, zero quotas” trade deal could be scrapped if the UK does not stick to its obligations. It comes as pressure mounts to reopen the Brexit deal.

The London Economic has also asked EU officials a number of questions on what Brexit’s implications are on fisheries and citizens’ rights, and about the UK government’s negotiation tactics.

In response to our questions European Parliament vice president Pedro Silva Pereira said Brexit is “damaging”, but that the Union will remain vigilant towards the UK’s rules implementation.

He said: “We are worried with the next phase, the implementation of the Withdrawal Agreement, and we already have very serious problems with it.

“These are in terms of citizens’ rights and the implementation of the Northern Ireland protocol.”

Speaking about the majority vote on the Trade and Cooperation Agreement, he said: “This shows how united we are in Europe in our values, standards and common interests.”

Head of the EU Delegation in the UK João Vale de Almeida said this was an “unprecedented” agreement, because all other EU agreements are with countries seeking to enhance their trade and collaboration, rather than cut ties.

Christophe Hansen, member of the UK coordination group at the European Parliament, highlighted several disruptions caused by Brexit for small and medium businesses and for exports – which saw UK’s drop by 47 per cent and EU’s by 20 per cent, in January and February.

Pereira said that any problems in Northern Ireland are a direct consequence of Brexit, but Almeida said the EU is committed to peace in the region.

Hansen added: “Some were saying we shouldn’t vote because there are already infrigements concerning the Northern Ireland protocol with the unilateral expansion of grace periods done by the United Kingdom, this is not what we signed up for.

“There is an infringement procedure related to this breach.”

Pereira said the European Parliament has always paid close attention to the issue of citizens’ rights, both EU citizens in the UK and British nationals in the EU.

He said they are monitoring the situation very closely.

“We want to be sure that the decisions that are taken there are fair and for that it is very important to have an independent authority to review the decisions,” he said.

He added: “We have listened to a number of complaints regarding the issue of the Settled Status physical proof of the right to live in the UK.

“Even those who have the permanent right to remain in the UK, face concrete difficulties in their daily lives because of the absence of this.

“This is the kind of thing that can be very important for citizens’ rights and the kind of demands we have been making and will continue to make since the problem is not solved.”

Why the UK government engaged in ‘delay’ tactics

Hansen said the UK, in its negotiating tactics, wanted to push everything “to the very last moment” in order to get concessions.

He said: “Having six months to get everything ready on both sides would have been the solution but this has been ignored by the UK government because they had their strategy.

“But this is their choice, that is causing certain problems, but they are homemade.”

He added: “They didn’t want their own people to read too much about it, because of course, the whole situation, even with a deal, is worse in my opinion than the membership in the EU.

“I think they also didn’t want their own parliament to properly read the 1,246 pages I have here on my desk.”

Hansen said the Union has an agreement on fisheries too, but he “knows” none of the concerned countries are “happy” with Brexit’s impact – including the UK.

He said: “I believe that fishermen on both sides will have major issues because you have to consider the markets are very closely interlinked.

“It’s not just about catching fish, but also about selling fish. A huge part of the catch of the UK fishermen is actually delivered afterwards to the EU.

“The UK doesn’t have the processing infrastructure to process all their fish, so they have to ask themselves if they are able to do that. If you get all that fish, you still have to sell it.”

Could Scotland rejoin the EU?

Hansen said both him and the majority of Europeans would be glad to welcome Scotland back.

But he said there is a lot of homework to be done by the UK.

He said: “I would love for Scotland to rejoin and I think it could easily fulfil the criteria of joining, but it is not a decision to be made by the EU in the first instance.

“Independence referendums would probably be necessary and they have been challenged by London.”