The Beal's four-eyed turtle native to north Vietnam and southern China is a freshwater turtle that lives in streams. 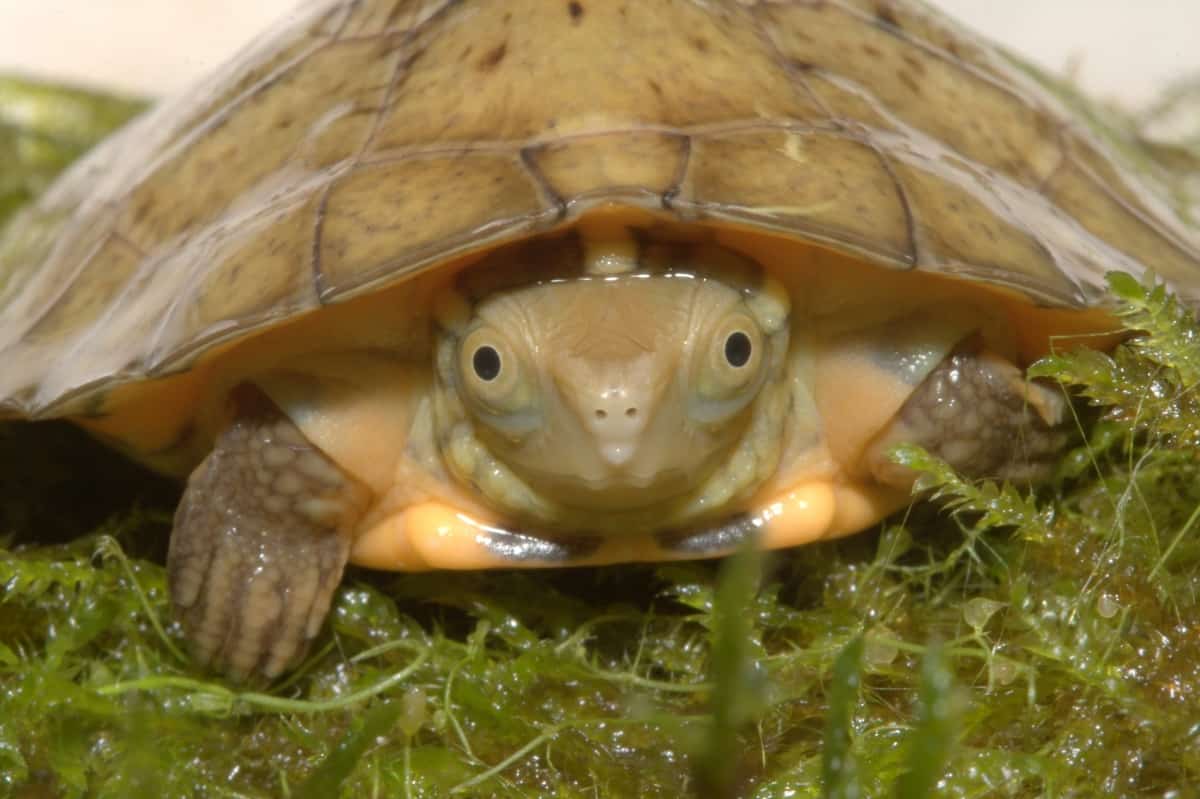 Peeking out from under their shells, these tiny critically endangered four-eyed turtle hatchlings are good news for the species’ preservation.

The two species are native to freshwater areas of southern China, with Beal’s also found in north Vietnam.

It is hunted for use in folk medicine and is currently on the critically endangered red list also due to habitat loss.

The four-eyed turtle is listed as endangered largely due to the trade in its shell used in traditional Chinese medicine.

All the hatchlings emerged at Tennessee Aquarium, the only place in the US that the turtles are bred.

Since 2007 they have successfully bred 17 Beal’s and 40 four-eyed turtles so increasing the genetic diversity of the species.

The Aquarium’s Senior Herpetologist Bill Hughes said: “Even after so many years of success, it’s still exciting to see the arrival of these tiny turtles, which usually hatch between late May and early June.

“I still find it cool to see a baby turtle hatching. I’d like to see more baby turtles hatching, so one is better than none, and having four successful hatchlings in one season is amazing.

“For animals with populations as limited as those of Four-eyed and Beal’s Four-eyed Turtles, ensuring a healthy degree of genetic diversity is vital to survivability.

“That makes every successful breeding of wild-caught individuals with unrepresented genes even more important.

“All of the wild-collected adults among the population in human care are genetically valuable and good for genetic diversity.”

Despite having produced dozens of hatchlings, successfully breeding these endangered turtle species is a significant challenge.

Unlike some turtle species that can produce multiple clutches of eggs annually, Four-eyed and Beale’s Four-eyed Turtles lay only a single clutch of two to three eggs each year.

Once the eggs arrive, hatchlings aren’t guaranteed. Changes to ambient temperature and humidity or any number of other carefully controlled environmental factors could negatively impact their viability.

Bill added: “When one hatches, you feel like you’ve conquered a challenge; you’ve won.

“If I have a bad year, in terms of breeding, I have to wait a year to try again. This is playing the long game.”