The Met Office has warned that rain in parts of the UK could cause difficult driving conditions. 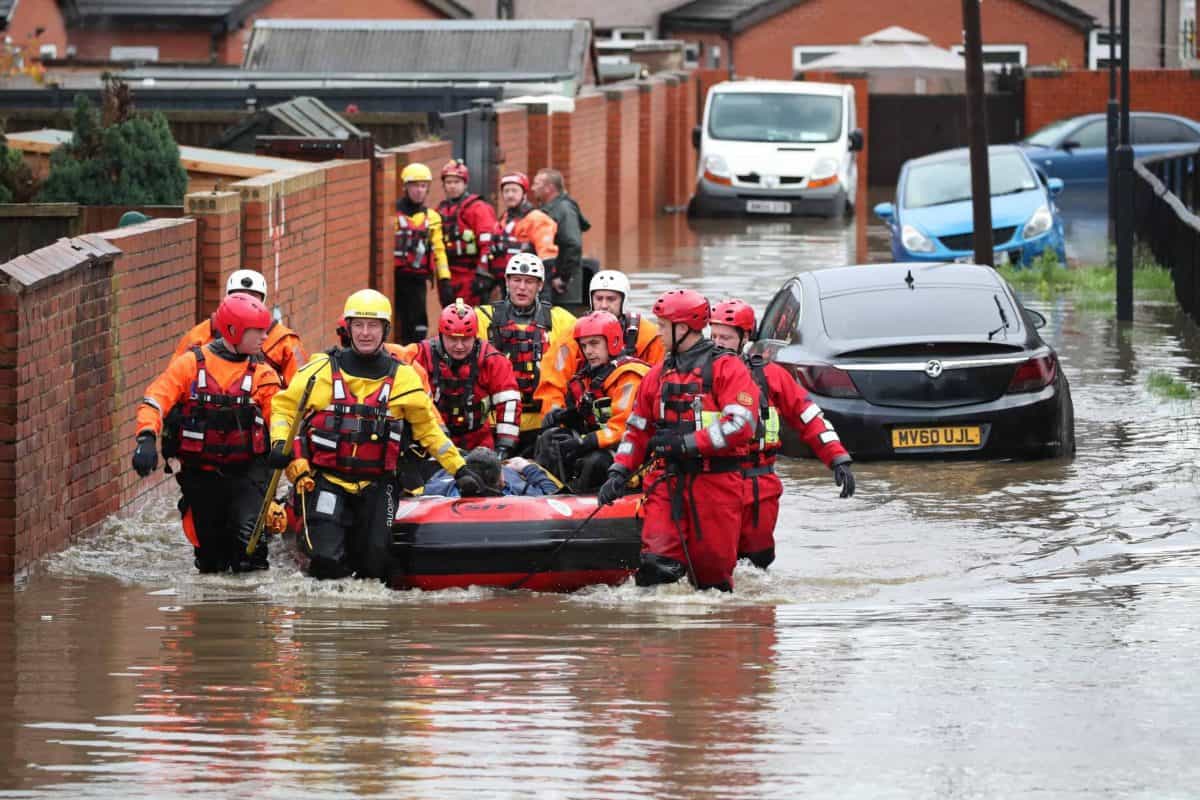 Labour Party leader Jeremy Corbyn has called for better flood management ahead of a visit to deluged communities as police named a woman who died in floodwaters.

During a visit to Leeds on Saturday, Mr Corbyn said better upstream river management and flood defences in towns were needed and called for more funding for emergency services.

“Obviously we need much better flood management and prevention schemes,” he said.

“The Environment Agency has lost a fifth of its staff, the fire services have lost more than a fifth of their staff. They’re struggling to cope with this.”

The Labour leader said the UK could expect more extreme weather due to climate change.

Mr Corbyn is due to visit flood-hit areas of South Yorkshire on Saturday after Prime Minister Boris Johnson visited Matlock in Derbyshire on Friday.

During the visit, Mr Johnson said the widespread flooding across the UK “is not looking like something we need to escalate to the level of a national emergency”.

Mr Johnson said the Government will “certainly stand by ready to help” after the country was hit by a deluge of water described as “almost biblical” by residents in Toll Bar, near Doncaster.

Yorkshire and the Midlands were among the areas worst affected by the heavy downpours on Thursday and Friday.

Former High Sheriff of Derbyshire Annie Hall died after being caught in floodwater near Darley Dale.

Police said her body was found after emergency services were called to the River Derwent near Matlock in the early hours of Friday.

Sheffield in South Yorkshire received 84mm of rain over 36 hours, which is almost the average monthly rainfall for Yorkshire, the Met Office said.

The flood-hit areas received some respite on Saturday with dry and sunny conditions across eastern England.

Flood warnings remained in place in some parts, however, while a number of train lines continued to be disrupted.

The Environment Agency issued seven severe flood warnings on Saturday afternoon suggesting there was a “danger to life”.

There are also 54 warnings telling people to take immediate action in light of expected flooding, along with 74 alerts urging residents to be prepared.

“Anyone who is out and about, there can be a lot of spray on the roads,” she told the PA news agency.

“The rain has only really just moved into these areas and it’s likely to keep raining there for the next eight to 10 hours,” Ms Yeomans said.

The first snowfall of the season was also recorded on Saturday in Wales.

“It was quite a dusting in a few places,” Ms Yeomans said.

Sunday is forecast to be a dry and sunny day across most the UK with a frosty start expected in some places.

“It’s going to be a bright, sunny, nice, autumnal day,” she said.