The Environment Agency repeated warnings for people to stay away from swollen rivers. 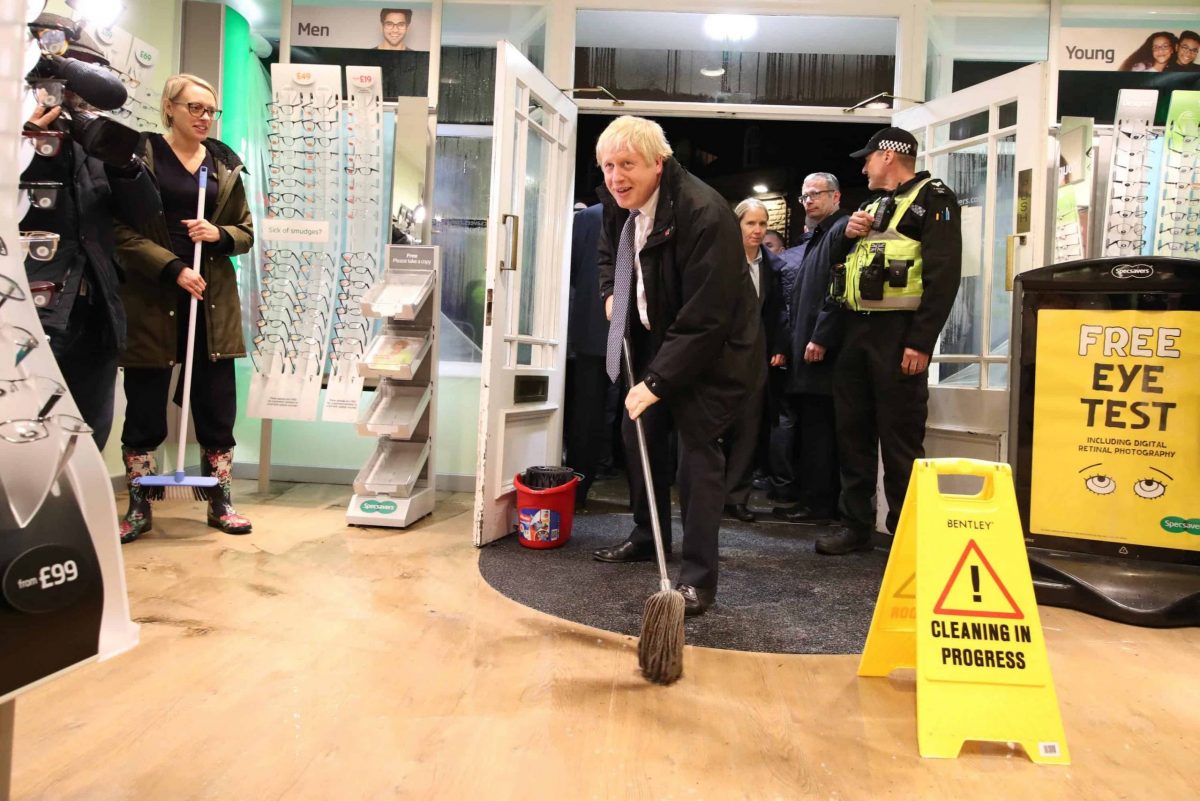 Prime Minister Boris Johnson has said the widespread flooding across the UK “is not looking like something we need to escalate to the level of a national emergency”.

Speaking on a visit to the flood-hit town of Matlock in Derbyshire, Mr Johnson said the Government will “certainly stand by ready to help” after the country was hit by deluge of water described as “almost biblical”.

The Prime Minister’s visit came after the death of a woman who was reportedly swept away by floodwater as parts of the Midlands and northern England were battered by a month’s worth of rain in one day.

The body of the woman was recovered in Darley Dale, near Matlock, at about 10.40am on Friday after being swept away in the nearby village of Rowsley, Derbyshire Police said.

The death came as the Environment Agency repeated warnings for people to stay away from swollen rivers.

Yorkshire and the Midlands were the worst-affected areas, with six severe “danger to life” warnings in place around the River Don as of 4pm.

Asked what the Government was doing to support people during floods, the Prime Minister said: “We’ve got a huge programme of flood defences and flood preparation – there’s £2.6 billion going into it and I think £50 million has gone into Derbyshire alone.

“But in the end, you’ve got to face the reality that places like this are vulnerable to flooding – we’re going to see more of it.

“The crucial thing is to put in the preparations and that’s what we’re doing.”

Mr Johnson even got his hands dirty and helped out in the clean-up operation by mopping the flooded floor of a Specsavers in Matlock.

Swineshaw in the Peak District saw 112mm of rainfall during Thursday – the highest total of anywhere across England – while flood-hit parts of Sheffield experienced 85mm during the same period.

The average monthly rainfall total for Yorkshire at this time of year is 89mm.

Addressing what support was on offer for those whose homes or businesses had flooded on Friday, Mr Johnson said: “It’s businesses particularly who deserve our sympathies and they’ve had a really tough time.

“You cannot underestimate the psychological effect of flooding on people – it is a big, big blow.

“People have been moved out of their homes and probably hundreds of businesses have seen damage to their properties – we stand ready to help in any way that we can.

“We are seeing more and more serious flooding – perhaps because of building, almost certainly because of climate change – we need to prepare and we need to be investing in those defences and that’s what this Government is doing.”

Residents in Toll Bar, near Doncaster, described Thursday’s downpour as “almost biblical” while others made comparisons with deluges which devastated communities in the summer of 2007.

Toll Bar Post Office worker Kathleen Overton, 61, told the PA news agency: “It was almost biblical, I would say. You were just looking out of your window in disbelief at how much of it was coming down.

“People’s cars were getting submerged in the water, gardens were ruined, you couldn’t drive anywhere. It was carnage.”

South Yorkshire Fire and Rescue Service said they rescued more than 100 stranded people on Thursday night, with around 500 calls to its control room between 10pm and 4am.

Elsewhere, around 30 people sought refuge in the Meadowhall shopping centre in Sheffield due to gridlocked traffic outside as the extreme weather conditions meant those turning up for the Christmas lights switch-on were left stranded.

There were more than 30 flood warnings in place for Nottinghamshire and an additional 35 homes in Mansfield were evacuated as a precaution after a mudslide in the area while residents in around 25 homes in Worksop were also ordered to flee due to the risk of flooding.

In Lincolnshire, the River Witham had risen so much that residents said they were able to see swans swimming up to the edge of their properties.

Pressed on whether he could be more specific in what help would be available, the Prime Minister said: “Nadhim Zahawi, the business minister, is ready to help small businesses in any way that they need to get back on their feet – whether it’s loans or particular support they need for the short term to do with flood damage they have sustained.

“At the moment, touch wood, this is not looking like something that we need to escalate to the level of a national emergency but we certainly stand by ready to help small businesses in any way that we can.”