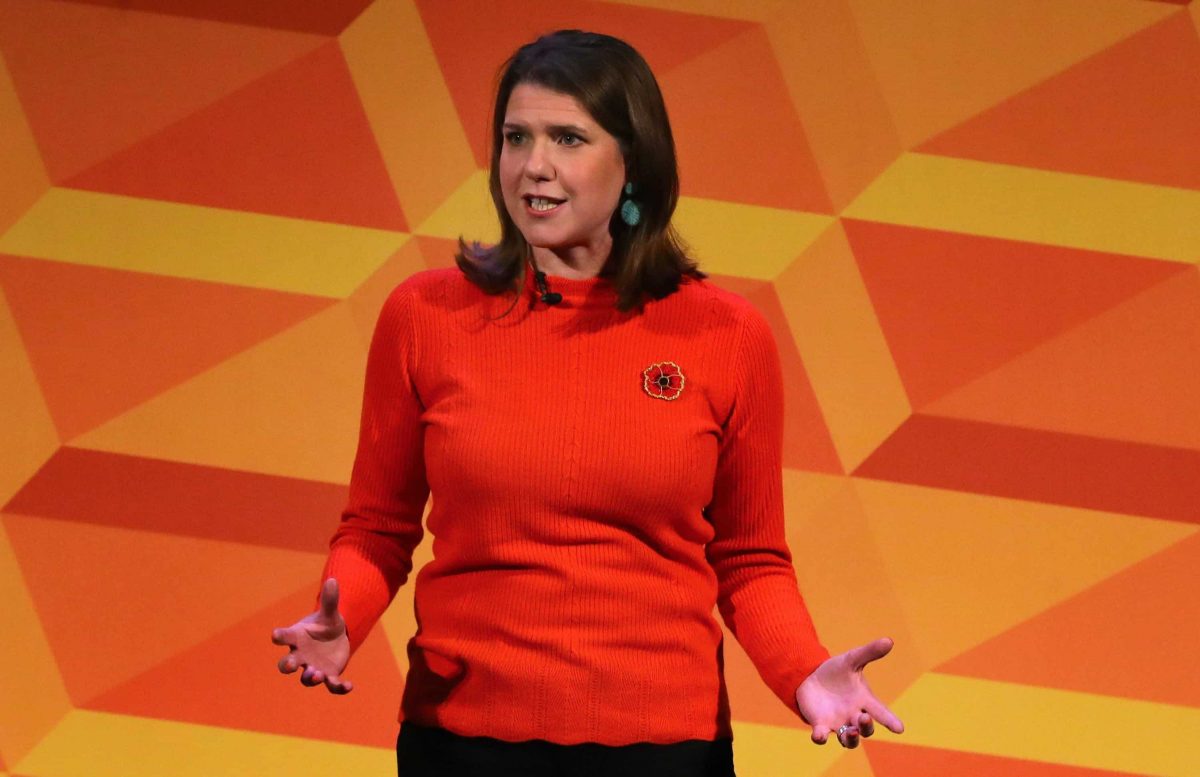 The Liberal Democrats achieved “many good things” in coalition with the Tories – but mistakes were made, the party’s leader Jo Swinson has said.

Ms Swinson was a business minister in the coalition government from September 2012 until she lost her seat in the 2015 general election.

Speaking following a rally at the Battersea Arts Centre in south London, Ms Swinson said she has learnt from “mistakes” during her time in government.

She added: “I’ve been really clear about some of the things we got wrong. We shouldn’t have let the bedroom tax through. We absolutely got it wrong on tuition fees.

“I think what’s important is when you make mistakes you learn from them.

“I think that time in government is something where we did achieve many many good things and implement lots of Lib Dem policies from shared parental leave to same-sex marriage to more money for poorest pupils in schools through the pupil premium.

“But we didn’t get everything right and we’ve learned from that.”

The Lib Dem leader told a supporters’ rally on Saturday that she could “do a better job as prime minister” than Boris Johnson or Jeremy Corbyn, and said she would revoke Article 50 on day one.

Asked how she would plan to unite Remain and Leave voters after “stopping Brexit”, she said: “It’s very important to bring the country together. I think that’s something that Theresa May failed to do when she became prime minister.

“And, of course, there are many things that people are united by. If you look at the childcare policy that we’ve outlined today. You know, there’s parents who voted Remain or voted Leave will find this something that’s attractive.

“Similarly when it comes to mental health, we’re tackling the climate emergency, our ambitious plan for the future is about facing forward and how we can take the whole United Kingdom forward together.

“Four nations in our wonderful family of nations stronger together in the European Union and focusing government on making people’s lives better.”

She added: “They’ll have just been a general election, we’ll have been elected on a very clear mandate.

“And it’s important that we stick to our word on that and also to listen to people and understand their concerns because life has been too hard for far too many people.

“There are obviously multiple reasons why people voted the way they did in 2016, but you know the economy has not been working well for enough people and that needs to change.”

She added: “I’ve been clear, I don’t think that leaving the European Union is the answer to those problems. But those problems do exist and they do need to have solutions.

“We’re setting out some of the plans for the future and we’ll continue listening to people in terms of the areas in which their lives aren’t working as they should.”

Shortly before the 2016 result was announced, former Lib Dem leader Paddy Ashdown, who died last year, said he would “forgive no-one who does not accept the sovereign voice of the British people once it has spoken”.

Asked whether Lord Ashdown would have supported the party’s revoke Article 50 policy, she said: “I know if Paddy was here he would be on that campaign trail. He would be at the forefront of these rallies.

“Paddy was a passionate European and in fact he was very involved in the campaigning that we had in the couple of years after the referendum before his sad death to secure a people’s vote in order to stop Brexit.

At the rally, Ms Swinson announced that working parents could receive 35 hours of free childcare per week when their baby reaches nine months under Liberal Democrat plans.

Speaking from the rally, she said: “The choice for parents is simply not good enough. For so many people the cost of childcare means returning to work is impossible.

“How many of us know friends, usually women, who faced with astronomical childcare fees decide to stay at home instead of going back to their career? Maybe taking a couple of years out until the current free provision starts.”

She said the proposal would close the gap between the end of paid parental leave and the start of free childcare provision.