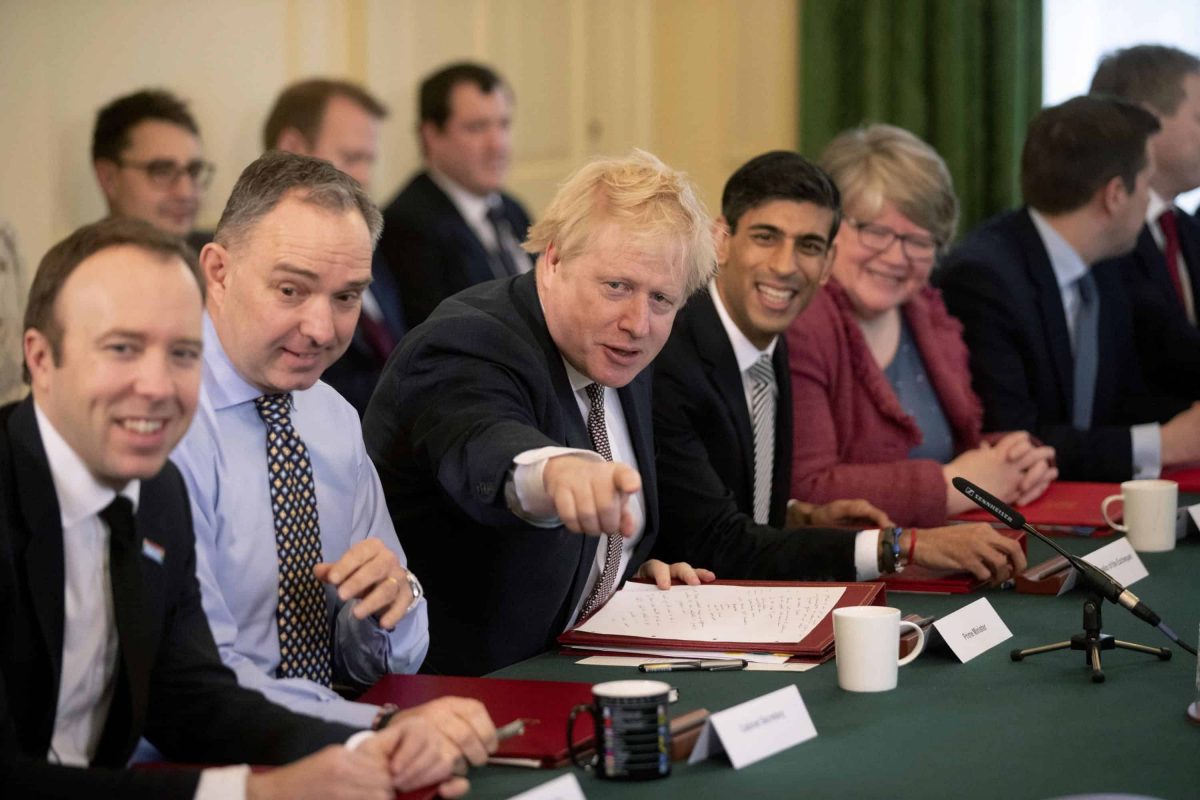 Worryingly, the UK’s new  Secretary of State for Environment, Food and Rural Affairs previously said he hoped EU directives to protect British birds and habitats would be scrapped. He also accepted a donation from a major Conservative climate sceptic donor.

Cornish MP George Eustice has been given the role after working as a junior minister in the Department for Environment, Food and Rural Affairs (DEFRA) since 2015. So, unlike some ministers taking up new roles today, he will already be well acquainted with the issues and debates associated with the brief. He replaces Theresa Villiers, who was removed during the morning’s ministerial cull.

At DEFRA, Eustice will oversee a range of issues relating to the environment and the countryside, including agriculture, flooding and forestry. He is likely to be a popular appointment with Conservative MPs and farmers – he comes from a farming family – but less so with environmentalists, many of whom are concerned about the weakening of UK environmental law and regulations in the aftermath of Brexit.

Eustice was immediately welcomed by Wales’ Shadow Minister for Environment and Rural Affairs, Conservative Andrew RTDavies, who tweeted that the MP has been a “first-class rural affairs and farming minister”. The CLA, an organisation representing rural land owners, has hailed him as “key ally” for the farming industry. The British Association for Shooting and Conservation (BASC) celebrated the appointment of a “real countryman”, under whom it anticipates a bright future for shooting.

These endorsements will not be reassuring to environmentalists, who are concerned about the impact of farming in particular on biodiversity and the ability of the UK’s soil and vegetation to sequester carbon dioxide – a key component in tackling climate change.

According to a Guardian database, Eustice has one of the weakest records on climate change among MPs, scoring 0% thanks to his total absence of pro-environment votes. It also noted that he received a donation of £5,000 in 2015 from Neil Record, a director of the Global Warming Policy Forum – the notorious think tank founded by climate change denialist Nigel Lawson with the purpose of combating what the foundation describes as “extremely damaging and harmful policies” designed to mitigate climate change.

Neil Record is a major Conservative Party donor, having given £450,000 to the party and MP Matt Hancock since 2008, according to official records. During the Brexit campaign in 2016 Record was listed as a business supporter of Business for Britain, a pro-Brexit group with connections to 55 Tufton Street – home to a small but influential network of right-wing, pro-Brexit think tanks including the UK’s principal climate science denial group, the Global Warming Policy Foundation. The building is home to several groups that either spread misinformation about climate science or lobby against government action to reduce emissions.

On Twitter, Green MP Caroline Lucas highlighted Eustice’s poor record when it comes to tackling the climate crisis, including voting down 14 measures to tackle the problem.

Bad news for for biodiversity

But Craig Bennett, the outgoing director of Friends of the Earth, tweeted his congratulations to Eustice, stressing that there is “a lot to do,” including strengthening the agriculture, fisheries and environment bills to ensure continued protection for the UK’s landscape and biodiversity in the wake of Brexit.

Eustice is pro-Brexit and has, in the past, criticised the EU’s “spirit-crushing” directives. In an interview in 2016, before the referendum that ultimately led to the UK’s exit from the EU, he expressed his hope that money freed up by Brexit could go towards insurance schemes and incentives for farmers, and that the birds and habitats directives would be scrapped.

Eustice also took part in an antler throwing competition during a trip to Latvia in 2015. There is a video (see above).