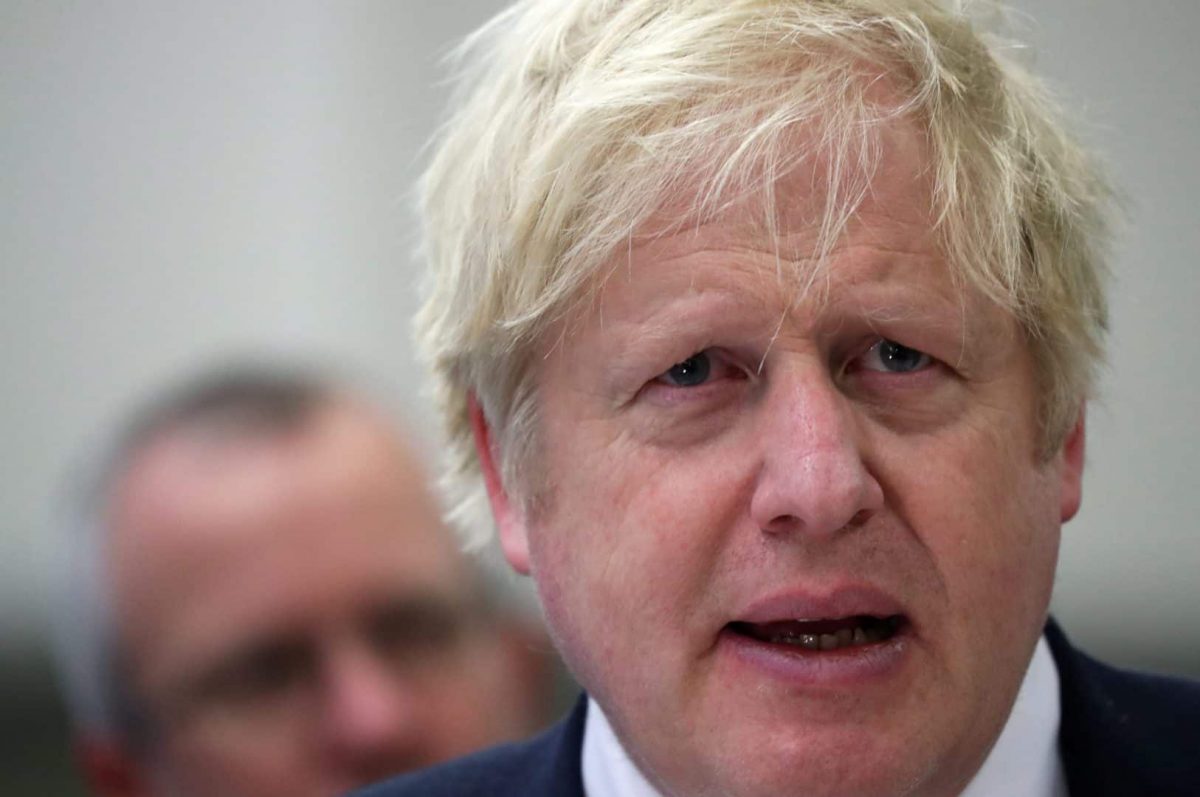 In a letter to the PM published by the Financial Times, Claire O’Neill hit out at Boris Johnson, warning: “This isn’t a pretty place to be and we owe the world a lot better.”

She said the PM had not convened the Cabinet subcommittee on climate change that he had promised, adding that the Government was “miles off track” in setting a positive agenda for the COP26 summit in Glasgow in November, and that promises of action “are not close to being met”.

So what does Boris Johnson’s replacement to preside over the crucial climate change summit tell us about the PM – the politician with more donations by climate scepticism backers than any other – and his commitment to take the issue of climate change seriously?

The new President of COP26 has voted against the majority of policies to tackle climate change and has received £15,000 in donations from Offshore Group Newcastle (OGN), which makes platforms for oil, gas and wind energy companies.

OGN was previously owned by Ukranian energy tycoon Alexander Temerko who has held a range of commercial interests in fossil fuels. Last month, Sharma registered a £10,000 donation from Temerko’s AQUIND Limited, which is building an electricity interconnector between the UK and mainland Europe.

Although Sharma opposed Heathrow Expansion back in 2009, saying the project “would inflict huge damage to the environment and to the quality of life of millions of people”, he’s since become a vocal supporter of the scheme. In 2013, he called a proposal by the free-market Centre for Policy Studies for a four runway airport “innovative”.

Sharma, who has served as an MP for Reading West since 2010 and was previously Secretary of State for International Development, will also lead the Department for Business, Energy and Industrial Strategy (BEIS), replacing Andrea Leadsom. He previously served as the Minister for Employment and Housing in Theresa May’s government and was the Conservative Party Vice-Chairman from 2012 to 2015.

The promotion took place during Prime Minister Boris Johnson’s first cabinet reshuffle since his general election victory in December last year. It had been unclear who would lead the important UN conference following O’Neill’s abrupt sacking. A number of high-profile Tories including David Cameron and William Hague had turned down the role.

The former International Development Secretary is an unexpected choice to lead COP26, although he has demonstrated an interest in the conference. In September 2019, he tweeted that the summit is “an important moment to turbo charge ambition to tackle climate change”.

He now has only nine months to prepare for the conference, at which nations are expected to deliver updated climate action plans. After his appointment, Sharma said on twitter that he was “looking forward to an exciting year ahead.”

Mohamed Adow, Director of energy and climate think tank Power Shift Africa, said he was worried that so little time remains until the conference. In a press statement, he said: “It’s a relief to finally have a COP president in post. But now the hard work must start… This is the UK’s first real test post-Brexit and so far Britain has not looked like a serious player on the global stage.”

Kat Kramer of Christian Aid welcomed the appointment of Sharma as COP26 president and urged Johnson and the government to support his leadership. She said: “It is now vital they work very closely with the backing of the Prime Minister to both get other countries to commit to new pledges to tackle the climate crisis but also put the UK’s own house in order and enact policies to accelerate UK decarbonisation.”

There were also strong opinions from Labour Party MPs. Clive Lewis, who represents Norwich South, tweeted: “Alok Sharma has an abysmal voting record on all things climate. This Government’s blatant disregard for tackling the biggest issue of our time is galling.”

The Conservatives’ former COP president, Claire O’Neill, was more encouraging. She tweeted: “Alok is a very good person who I am sure will get to grips quickly with the challenge”.

Sharma’s voting record on environmental issues has been mixed. As of October 2019, TheyWorkForYou, a site which tracks the voting records of MPs, said that Sharma “generally voted against measures to prevent climate change”.

A Guardian analysis, which considers the voting records on 16 measures that could reduce emissions, scored Sharma 15 percent. The MP was “present for 13 votes and voted positively in 2,” the Guardian notes, casting pro-environment votes on the 2013 energy bill and nuclear subsidies, and negative votes on proposals such as fracking permits, vehicle emissions tax and onshore wind subsidies.

Sharma received a £15,000 donation from Offshore Group Newcastle, a steel manufacturer for oil platforms, the database shows, of which Ukranian businessman and major Tory donor Alexander Temerko was a Director.

Temerko has a range of energy interests, including holding positions with oil and gas companies. Last month, Sharma received a £10,000 donation from Temerko’s AQUIND Limited, which is building an electricity interconnector between the UK and mainland Europe.

Sharma has been a chairman of and served on the Council for the Bow Group, a free market think-tank closely linked to a number of organisations that have lobbied against strong climate action.

The Bow Group describes itself as “one of the most influential centre right think-tanks in Britain” and claims to exist to “develop policy, public research and stimulate debate within the Conservative Party”.

A number of MPs with questionable climate change records have sat alongside Sharma on the committee, including MEP Campbell Bannerman, who once called European environmentalists “the EU Green Taliban”, and MP John Redwood, who said he was pleased to hear of a proposal that would remove global warming from the national curriculum and has previously asserted that climate change was a natural phenomenon for which humans were not responsible.

Some members of the Bow Group, including John Redwood and Martin McElwee, have also been involved with the Institute of Economic Affairs and the Taxpayer’s Alliance – two organisations known to lobby against strong environmental regulation.

Sharma has also been accused of having ties with the Kremlin. In 2017, an article by Carole Cadwalladr, the journalist who exposed the Facebook-Cambridge Analytica data scandal, discussed how Sharma had several confirmed meetings with Joseph Mifsud, a Maltese academic embroiled in the controversy over the Trump campaign’s ties to Russia. Mifsud’s current whereabouts are unknown.

Sharma originally opposed the expansion of Heathrow Airport, but has supported the project since becoming an MP.

As a Conservative parliamentary candidate in 2009, he attended a community event in an orchard that was threatened by Heathrow’s prospective third runway. He spoke of the damage the third runway would cause and said: “It is time for the government to abandon its plans for a third runway and, if a Conservative Government is elected, we will certainly stop this environmental disaster.”

His opposition did not last long. Writing in a Conservative Home article in 2013, he favoured the expansion of Heathrow and said that “a lack of hub capacity in particular is costing the UK jobs and investment”. In 2014, the Reading Chronicle reported that Sharma welcomed a “vital multi-billion pound plan” to expand Heathrow and, in June 2018, he voted with his party in favour of the third runway.