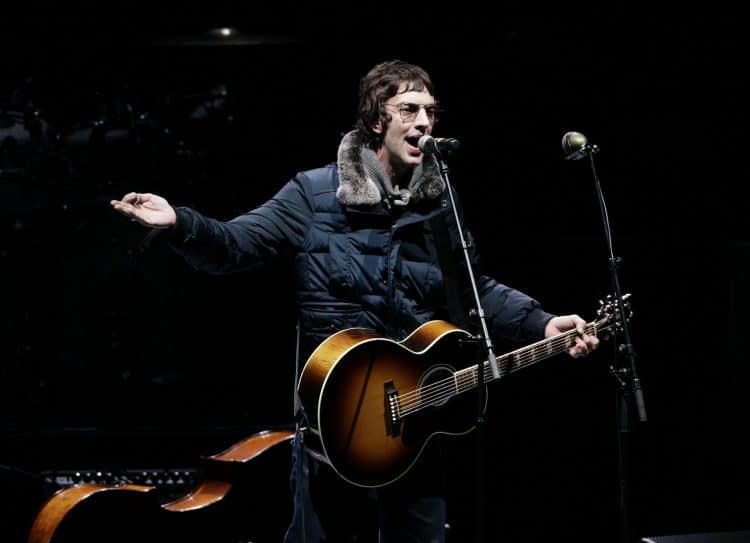 Verve lead singer Richard Ashcroft has dropped out of performing at Tunes in the Dunes festival after appearing to contract Covid-19. It is unknown if he had been vaccinated, but he pulled out of gigs due to being part of the government’s testing pilot scheme over the summer.

He had been scheduled to headline the festival, in Cornwall, this weekend but a tweet from his official account announced he would no longer be performing.

The tweet read: ‘We are sorry to announce that due to COVID-19, headline act Richard Ashcroft will be unable to perform at Tunes in the Dunes on Saturday this year sept 4th.’

However, an earlier draft of the tweet, which has since been deleted, read: ‘We are sorry to announce that due to contracting Covid-19, headline act Richard Ashcroft will be unable to perform at Tunes in the Dunes on Saturday this year sept 4th. More on their website/Facebook.’

He previously dropped out of Tramlines after the Sheffield festival became part of the government’s pilot events programme.

At the time he wrote on Instagram: ‘Apologies to my fans for any disappointment. But the festival was informed over 10 days ago that I wouldn’t be playing once it had become part of a government testing programme.

‘I had informed my agent months ago I wouldn’t be playing concerts with restriction. The status of the festival was one thing when I signed up for it, but, sadly was forced to become something else.

‘It must be an age thing but the words Government Experiment and Festival ???#naturalrebel #theydontownme.’

Richard Ashcroft has Covid and the drugs don’t work…