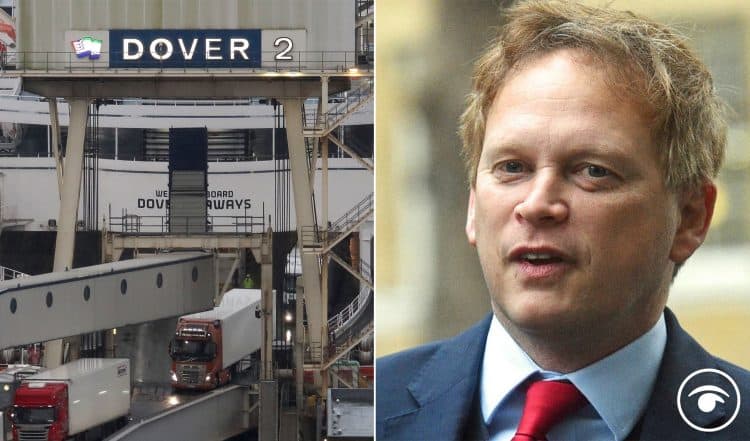 Trade disruption could return if British holidaymakers head for European summer breaks, the head of the country’s biggest port told Reuters. It comes as there has been a huge spike in bookings to amber list countries.

Doug Bannister, CEO of the Port of Dover, is requesting funding to redevelop Dover to prevent long-term damage.

A pre-Brexit trade rush led to 20-mile queues, but the site had so far managed the switch to customs checks well since the UK left the EU.

“That’s because we haven’t seen the demand for tourists coming from our facilities, as we would normally expect to see,’ he said.

Bannister added: “There will be longer transaction times and more processing,” if there was a return of passenger cars to the port as people set off on their holidays, increasing the strain on the port staff.

Bookings to amber list countries have taken off following the announcement fully vaccinated passengers will not need to quarantine upon their return, travel firms said.

Transport Secretary Grant Shapps told MPs on Thursday that UK holidaymakers who have received two jabs from the NHS will no longer be required to self-isolate for 10 days on their return to England from destinations on the amber list.

Travel firm Skyscanner said 30 minutes after the announcement, the agency saw a 53% increase in traffic from the UK compared to the same time on Wednesday.

Martin Nolan, from the company, said: “It’s clear that people are aching to be able to travel again within the guidelines, as evidenced by the immediate uptick in searches and bookings we’ve witnessed as destinations have been added to the green list.

“This is a huge moment for the UK travel industry, who have been waiting for measures that will truly help to kickstart travel in a safe, smart and sustainable way.

“This move will reunite families and allow people to finally plan travel to their favourite destinations around the world, many of which will be delighted to finally be able to welcome UK travellers for the first time in a year.”

Thomas Cook said web traffic doubled in the moments after the announcement, and has only grown since.

A spokesperson said: “Searches for Greece have tripled in volume and will be the biggest winner from families booking last-minute summer holidays.

“(Before Thursday) we have been selling very few holidays to amber countries and so with Greece, mainland Spain and Canaries all now available to people who’ve been double jabbed we’d expect a flood of bookings over the weekend.”