“Workers across the country are sick of being told to take a hit on their wages and living standards while employer after employer is guilty of rampant profiteering.” 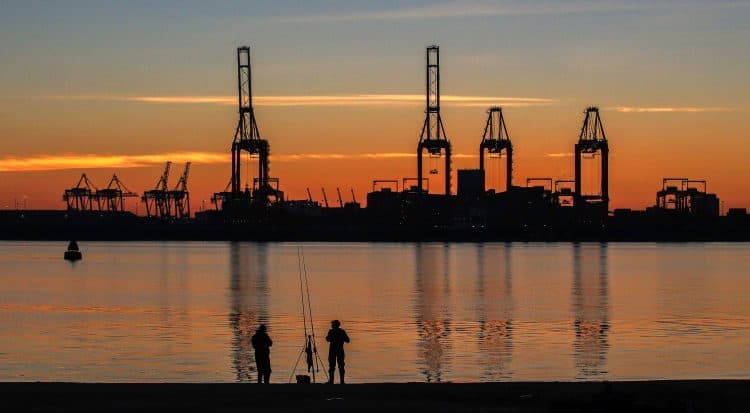 Hundreds of dock workers will launch a two-week strike from Monday in a dispute over pay, continuing industrial unrest which has hit several sectors over the summer.

Members of Unite at the Port of Liverpool will walk out from Monday evening, hours after the Queen’s funeral.

The Peel Ports Group, which operates the port, said workers had rejected an offer of an 8.3% pay rise, enhanced with a one-off payment of £750.

Unite said it was a real-terms pay cut because of the soaring rate of inflation and argued that the port’s owners could afford a higher increase.

David Huck, the port’s chief operating officer, said: “I am deeply disappointed Unite has rejected our significant pay package after many months of negotiation.

“This is bad news for our employees, families and other local employers.

“We fully recognise our colleagues’ concerns on the cost of living crisis, and that’s why we have responded with a pay package that represents a 10% average increase in annual pay.

“The Port of Liverpool is a major employer in the Liverpool City Region.

“We have invested more than £1.2b over the last decade, transforming the prosperity of the region, creating more than 900 new skilled jobs and, in turn, supporting more than 7,200 additional local jobs in the supply chain.

“We urge the union to work with us at the negotiating table so that together, we can find a resolution.”

“Workers across the country are sick of being told to take a hit on their wages and living standards while employer after employer is guilty of rampant profiteering.”

She said the port’s owners needed to table a “reasonable offer and fulfil its previous pay promises.”

The company said it has also made a commitment to a shift pattern change that will result in a 25% reduction in night shift working.

The average salary for container operatives would increase to around £43,000 a year, significantly above the Liverpool City Region and national average, it added.

RSCT has connections to a range of countries including, Canada, Spain, Italy, Portugal, Cyprus and Turkey, as well as feeder services connecting Liverpool to India, Africa, South America and the Far East.

Liverpool 2 is one of the most operationally efficient and modern terminals in Northern Europe, capable of accommodating some of the world’s largest container vessels.

A total of 845 people work in the Port of Liverpool’s containers division, which handled approximately 525,000 containers in 2021.

The goods inside the containers were distributed all around the world and included imports and exports, such as retail and industrial products.

– Unite members at Felixstowe docks are to stage an eight-day strike from September 27 in a separate pay dispute, while train drivers at 12 rail companies will strike on October 1 and 5, affecting travel to and from the Conservative party conference in Birmingham.