Concerns have been raised about Prince Andrew's alleged 'return to public life', following an official statement he published on Sunday. 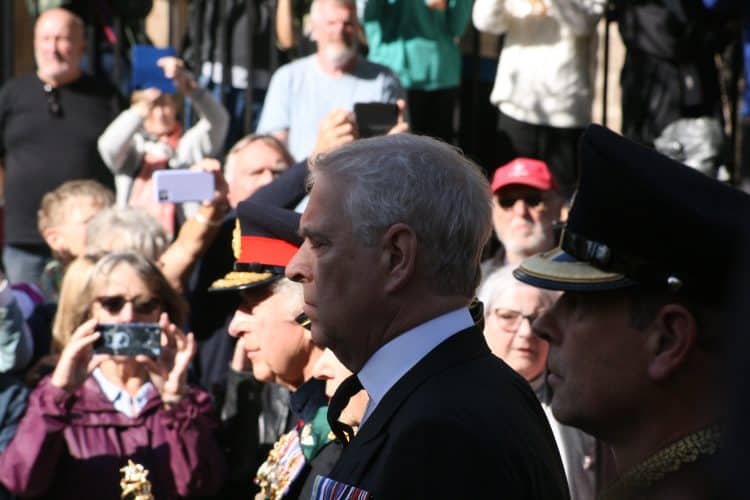 Prince Andrew has broken his silence following the death of his mother, Queen Elizabeth II. However, this public tribute to the long-reigning monarch has gone down like a lead balloon – with some critics fearing that it signals his return to frontline royal duties.

The controversial figure – who has been accused of a litany of sexual offences against young girls – has spent a lot of time in the public eye since The Queen’s passing. He has attended a number of processions, and was even heckled in the street last weekend.

Alas, it doesn’t appear that Prince Andrew has been deterred by the public backlash. Since 2019, he has been viewed as something of a pariah, after his long-standing association with the notorious paedophile Jeffrey Epstein was exposed.

He was eventually taken to court over the matter, and despite claiming he had never met his accusers, Prince Andrew ended up paying one victim a settlement of £12 million – casting doubt over the royal’s cries of innocence.

He has been a prominent figure in memorials for his mother and father over the last 18 months, partaking fully in official ceremonies. On Sunday, he felt emboldened enough to publish a public statement – detailing his personal feelings about the woman he calls ‘mummy’…

“Dear Mother, Mummy, Your Majesty: Your love for a son, compassion, and confidence I will treasure forever. I have found your knowledge and wisdom infinite, and I will miss your insights and humour. I will tread gladly into the next, with you as my guide.” | Prince Andrew

Certainly, if the plan is to rehabilitate Prince Andrew’s image, a wave of public vitriol stands in the way:

A ‘return to public life’ may be on the cards…

These concerns have also been voiced by Professor Gerry Hassan. Glasgow University’s resident expert on Social Change has echoed sentiments shared by the victims of Jeffrey Epstein, who believe that Prince Andrew is indeed being brought back into public life.

“Prince Andrew’s statement about The Queen’s death raises several questions: About whether Buckingham Palace wanted this to be public, about The Queen’s role in bankrolling and protecting Andrew, and about the contentious issue of Andrew’s future.” | Gerry Hassan