These chilling images show the squalid lair where Matthew Falder preyed on more than 200 victims before sharing many of their abuse pictures on the dark web. Footage shot inside Falder’s pokey flat shows clothes, food containers and socks strewn over the floor – as well as a roll of toilet paper on his bed. […] 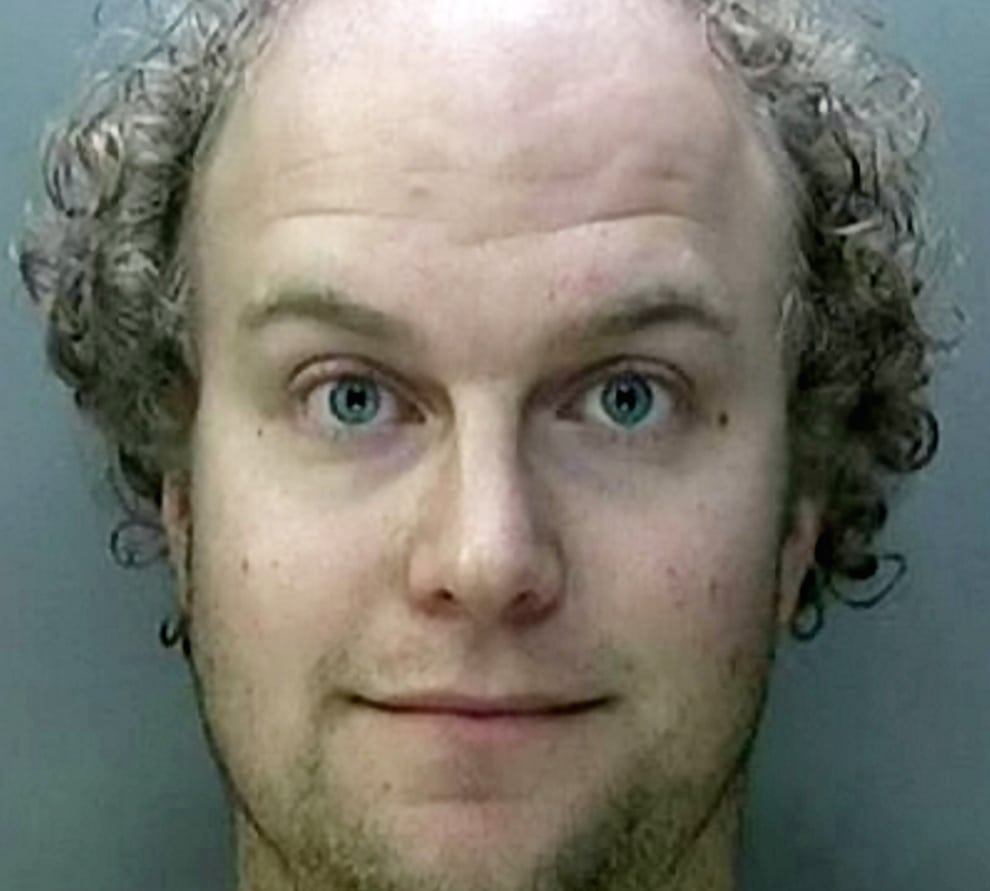 These chilling images show the squalid lair where Matthew Falder preyed on more than 200 victims before sharing many of their abuse pictures on the dark web.

Footage shot inside Falder’s pokey flat shows clothes, food containers and socks strewn over the floor – as well as a roll of toilet paper on his bed.

His desk is piled with rubbish as well as golf balls, an iPhone docking station and what looks to be a tub of dried up mushrooms.

Other objects surrounding his desktop computer include a pad of post-it notes, multiple pairs of scissors, superglue, wine glasses, tissues, cloths and batteries.

The National Crime Agency (NCA) launched a manhunt in April 2015 after he used the username ‘666devil’ to ask fellow dark web users for ideas on how to torture his ‘daughter’ as part of a ‘hell week’.

The post sparked a nationwide hunt by the NCA to safeguard the girl, who turned out to be the daughter of another of Falder’s victims.

Investigators linked the user to the ‘evilmind’ and ‘Inthegarden’ accounts which Falder had used to torture his victims.

Intelligence gathered by NCA, US Homeland Security, Australian Federal Police and Europol linked a person of interest to an address in Birmingham.

In footage of his arrest on June 21, 2015, Falder is heard telling officers: “So, what is it I am supposed to have done?”

The geophysicist – wearing a yellow t-shirt – then tells officers the list of offences he is charged with sounds “like the rap sheet from hell.”

In the 1.12-minute footage supplied by the NCA, Falder repeatedly responds “no comment” when quizzed on his crimes.

He eventually provided two prepared statements – in one, admitting that he controlled the ‘evilmind’ account.

Although a handful of UK-based victims reported him, he was able to avoid detection by using more than 70 different online identities.

Falder also used the ‘Tor network’ which helps users hide their identities by encrypting connections and bouncing it around global volunteers to make it much harder for the authorities to trace.

He would regularly post on ‘Hurt 2 The Core’, which is considered to be the world’s worst website and is dedicated to: “Both the child love and hurtcore aspects of pedophilia.”

An extract on the site reads: “If you do not agree with that, or are easily offended, then this is not the place for you, welcome to H2TC.”

He also shared an instructional video on how to sexually abuse children as well as guidance on how to give youngsters sweets which were soaked in urine or semen.

In further posts, he wrote about arranging to meet a blackmail victim for sex in a remote location and told how he would make the person tie themselves to a tree, lock the bindings and throw away the key to ensure a slow and painful death.

Falder also suggested a sick game in which a curling iron would be inserted into a woman’s vagina and could only be turned off if they answered a question correctly.

He also posted a video of a man repeatedly throwing a young child who couldn’t swim into a pool, with the child submerged for several seconds each time and a three minute long video of a woman kicking and then beating a four-year-old boy with a stick.

Senior investigating officer for the NCA Matt Sutton said: “He was not about money, his currency was his kudos in the community and he traded in these types of images.

“He was approaching people in Britain, the US, Canada, Australia and Slovenia.

“He used Tor, anonymising the use of his internet and used over 22 email accounts including Safemail, based in Israel and Yandex, based in Russia.

“He had approximately 70 different online identities.

“Falder’s use of anonymising techniques made him very difficult to catch, this highlights previously unknown and very horrific offending.

“Falder is not alone, there are many other users on these dark web sites.

“Anecdotal sources appear to suggest that the hurt core community is a hated minority within an already hated group – described as ‘the worst of the worst’.

“As well as blackmailing and extorting victims, he also enjoyed simply engaging them in conversation in which he can hear about the suffering of another, or otherwise push boundaries, so long as the activity or material involved victim suffering.

“His primary motivation was for power and control, suffering and humiliation.

“Believing he had superior intellectual and computational abilities, he was confident that he could outwit law enforcement.

“There is little doubt that Falder would have continued his offending and caused untold pain and distress to many other vulnerable people.

“This was a man who was using the widest range of techniques to hide his identity.

“It’s very difficult to understand a crime where the motive does not include sex, passion, money, revenge or hate.

“When the sole motivation of an individual is purely to cause pain to another, that’s quite hard to grasp.

“In this individual the sole motivation was to inflict pain on another and the journey to that.”

Matthew Long, NCA operations strategic lead, said: “Dr Matthew Falder thought he wouldn’t be caught and I think he actually was probably the type of individual that would be telling people he wouldn’t be caught on the anonymous servers and then living a completely different life in his day-to-day life.

“Ultimately that wasn’t the case.

“Ultimately we, with our international partners, caught him and with the help of the victims we have put him in prison.

“He would stop at nothing to exploit them, to make them feel sad, humiliated or unhappy and he didn’t really care in any way, shape or form how that manifested.

“Ultimately that has devastated some people’s lives and I am very proud of our team and also those victims being able to stand up and stop him.

“Matthew Falder is part of a very small group of people that took it to an extreme where it was about absolute exploitation, about absolute pain and really the degradation of humans within society.

“Anonymous networks, by their very definition and nature, are really, really tricky.

“What you have effectively got is a place where people can go, they can hide and they can’t be found.

“That means you have got to be innovative, you’ve got to use new and different tactics and ultimately got to think around a really difficult problem.

A GCHQ spokesperson said: “This is a horrific case and our hearts go out to the victims.

“GCHQ is determined to use our expertise in both cyber security and digital communications to counter this type of terrible online child sexual abuse.

“Protecting the digital homeland – in this case keeping children safe online – is a crucial part of our mission.

“We will continue to work in partnership with NCA and law enforcement to make the internet a hostile environment for these types of offenders to operate.”