"Lifting the EU cap on bankers’ bonuses being sold as a “Brexit benefit” during a cost-of-living crisis shows exactly what many of us said Brexit was all about," wrote Dr Mike Galsworthy about the plan. 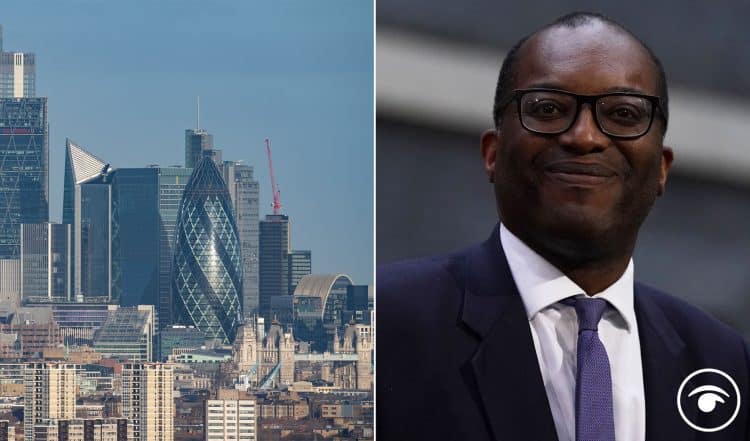 Chancellor Kwasi Kwarteng has come under fire for considering scrapping the cap on bankers’ bonuses as millions struggle during the cost-of-living crisis.

Sources close to Mr Kwarteng said no final decisions had been made, but suggested such a move as part of a wider post-Brexit overhaul of City regulations would make London a more attractive place for global banks.

Here is a major Tory donor talking about Brexit benefits, one of which was, you guessed it, in favour of more money for bankers.

TUC general secretary Frances O’Grady said: “Bonuses in the City are already at a record high.

“Working people are being walloped by soaring prices after the longest and harshest wage squeeze in modern history.

“The Chancellor’s number one priority should be getting wages rising for everyone – not boosting bumper bonuses for those at the top.”

The Star hit the nail on the head with its coverage this morning.

Its front page headline reads: “As WE struggle to pay our bills, the new chancellor is thinking of helping FATCATS.

“Pray for the poor millionaire bankers!”

Unless you are a banker, this plan hasn’t gone down well: