They also managed to take a pop at 'clown' Boris Johnson as news of a potential vaccine was revealed. 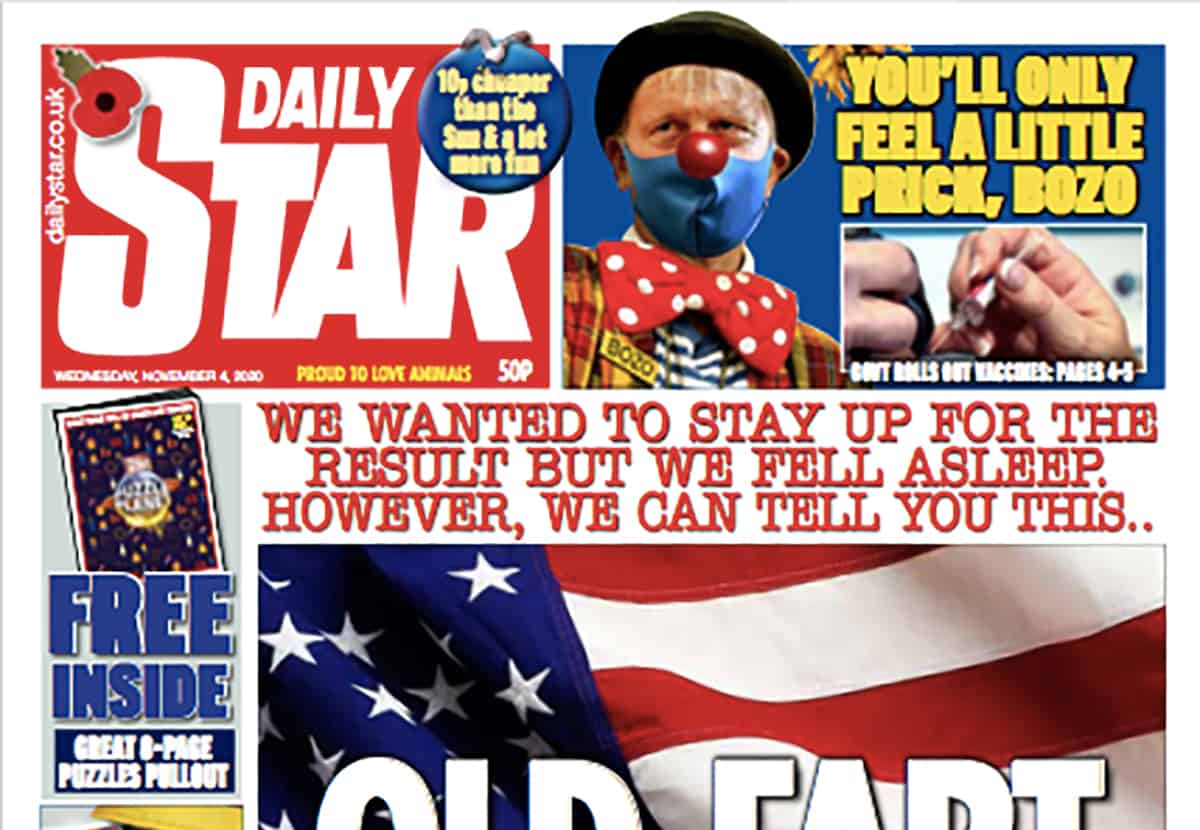 The Daily Star pulled out the prediction of the decade after it successfully revealed the winner of the US election on today’s front page.

With days to go until we will know whether Donald Trump or Joe Biden has prevailed, the popular redtop newspaper stuck its neck out as it lampooned the age of the two candidates.

They also managed to take a pop at ‘clown’ Boris Johnson as news of a potential vaccine was revealed.

“You’ll only feel a little prick”, they wrote, as hopes of a mass roll out before Christmas circulates.

Tomorrow’s #frontpage – We wanted to stay up for the result but we fell asleep, however, we can tell you this: OLD FART WINS ELECTION #tomorrowspaperstoday pic.twitter.com/L3FcsBfpBe