It comes as A-level results day descended in chaos, with 39.1 per cent of teacher's estimates adjusted down. 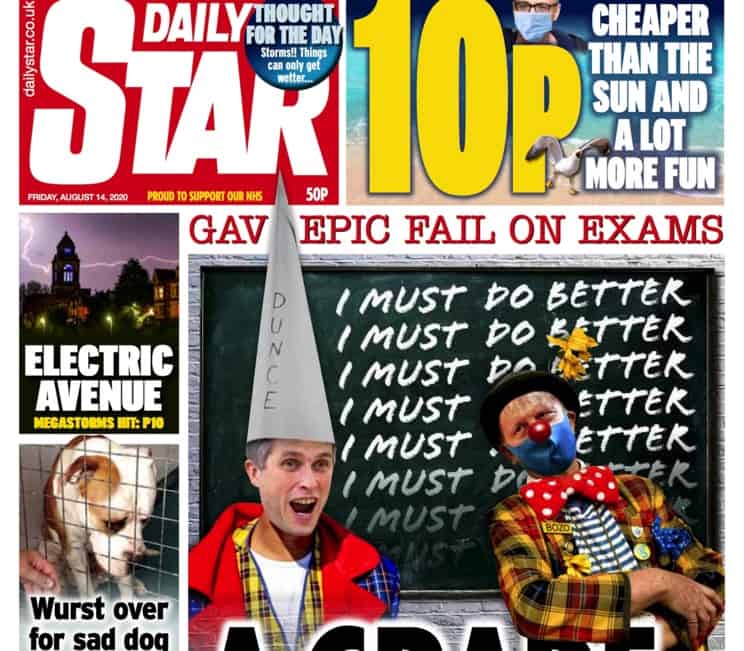 The Daily Star splashed a picture of Gavin Williamson in a dunce hat alongside ‘Boris the clown’ on its front page this morning.

It comes as the government faces mounting pressure over its handling of the exam crisis, with pupils complaining they have been let down.

A-level results day descended in chaos yesterday as 39.1 per cent of teachers’ estimates for pupils in England were adjusted down by one grade or more.

He is pictured in a dunce hat on the Daily Star’s front page, which was once used to discipline pupils for mischievous misdemeanours.