"Being woke is a disease. Disrespect the person who won the world war... US is a mess", one person wrote. 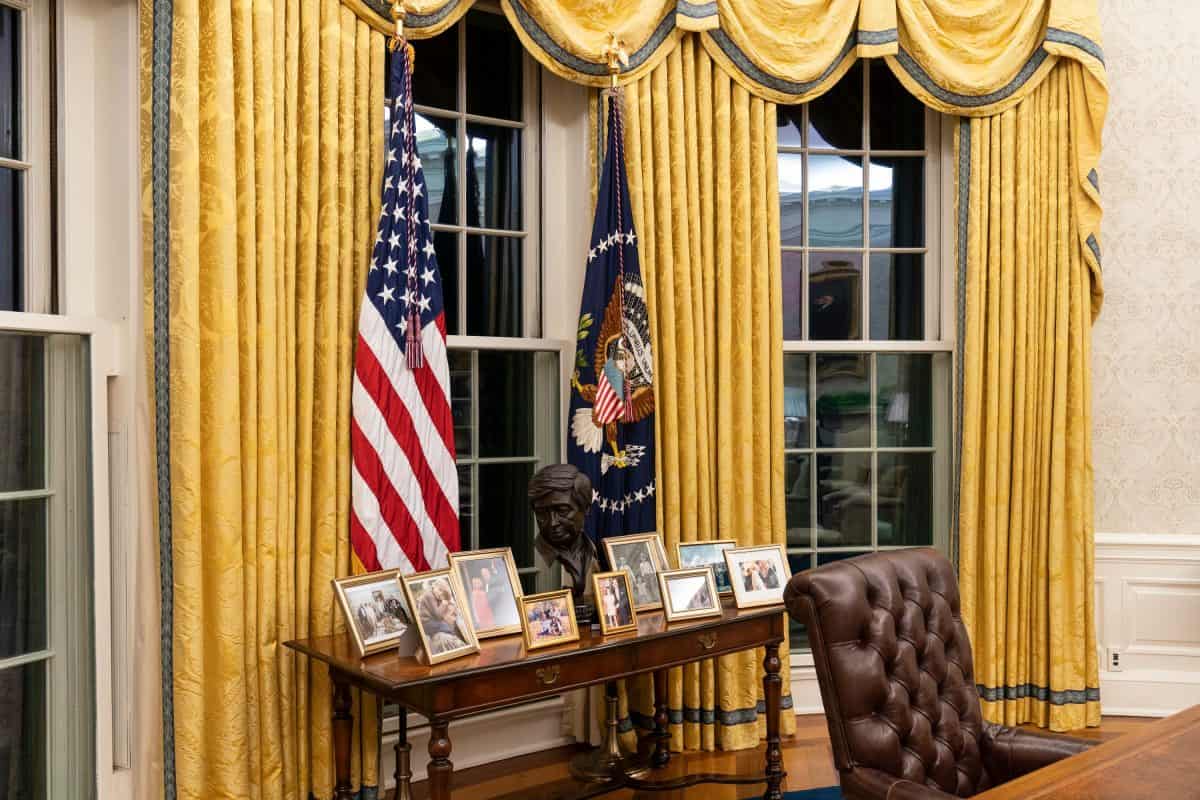 Daily Mail readers have reacted with fury after it was revealed Joe Biden has removed a bust of Sir Winston Churchill from the Oval Office.

Following in the footsteps of Barack Obama – who was criticised by Boris Johnson for making the same move at the time – the president, who is of Irish heritage, took down the statue which was reinstalled in the Oval Office by Donald Trump during his administration.

Biden has given his working space in the White House a makeover since he was sworn in yesterday, revealing the new decor to reporters as he signed a series of executive orders.

A bust of Cesar Chavez, the labour leader and civil rights activist, is nestled among an array of framed family photos displayed on a desk behind the new president.

Also represented in sculptures are civil rights leaders Martin Luther King Jr and Rosa Parks, while Benjamin Franklin peers down at Mr Biden from a portrait on a nearby wall.

But Daily Mail readers were not happy about the decision to remove wartime leader Churchill from the office.

LESS THAN 24 HOURS: The campaign against Joe Biden begins. pic.twitter.com/tKBIs0mqEK