Boris Johnson's administration carries all the hallmarks of Trumpism. 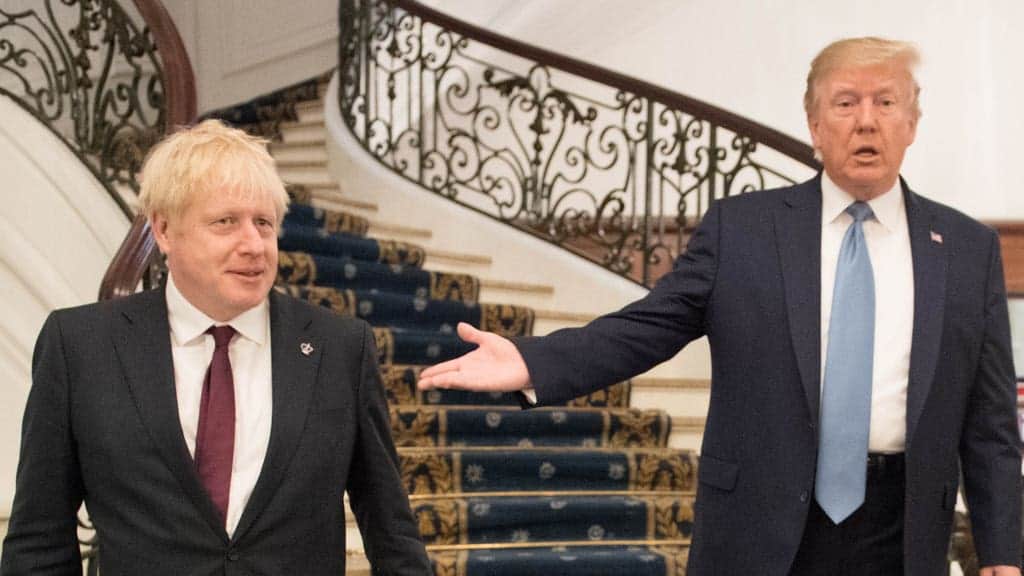 Donald Trump went out as he came in yesterday, New York magazine Vulture noted, “by playing songs by people who hated him” as Frank Sinatra’s My Way blasted out over Joint Base Andrews in Maryland to mark his final flight on Air Force One.

His departure was like the end of a surreal nightmare. Gagged by social media, impeached twice, bankruptcy looming and globally condemned for inciting violence on the Capitol it is hard to imagine a more ignominious departure.

As Gary Neville noted ahead of Joe Biden’s Inauguration it was the end of a “horrible and dangerous period of leadership”, one that has been characterised by the same nationalist populism that is seeing a strong resurgence across the world of late.

So Trump goes today. A horrible and dangerous period of leadership ends. He normalised mistruth and divided a nation. Whilst they aren’t as bad as the Trump administration the current UK government have similar traits. This type of politics must end. Let’s hope today is the start

But as one door closes, others remain open and it didn’t take long for thoughts to turn to the UK and its own brand of Trumpism which, although considered to pale in comparison, actually carries all the same hallmarks.

Nish Kumar quipped in the aftermath of yesterday’s ceremony that it had started to feel as if America had “reneged on our suicide pact the second after we downed our kool-aid”. Jonathan Coe was of a similar opinion, asking: “America has admitted its mistake. When are we going to admit ours?”

Neville’s assertion that the current UK government has “similar traits” actually pussy-footed around the fact that on numerous accounts they are exactly the same.

Boris Johnson and his current administration has long enjoyed a casual relationship with the truth, it deploys the same “us vs them” rhetoric, obsesses with nationalism and borders and has only just stepped back on its war with the media.

As Ian Dunt writes in his book How To Be A Liberal, as soon as the Conservatives won the 2019 general election “Johnson branded it ‘the people’s government’ and floated plans to weaken the BBC, restrict the role of the courts, limit the capacity of individuals to legally challenge the state through judicial review, and leave the European Convention on Human Rights”.

You don’t get much more Trumpist than that!