Even by his standards it was a busy day of offending people. 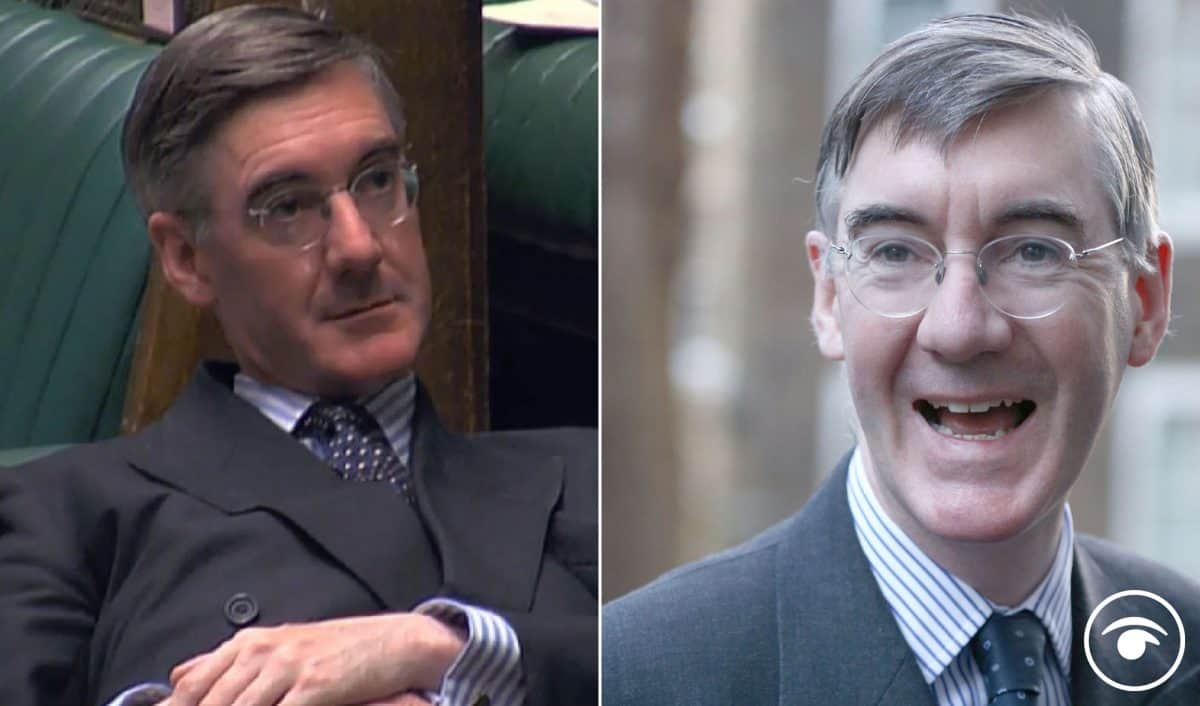 Jacob Rees-Mogg was busy today, generally offending as many people as he could in a day.

He also asked the public to imagine him lying down to get an idea of the space needed for social distancing. That image is surely offensive to everyone bar, we assume, his wife and maybe nanny.

He said: “…we’ve still got to maintain social distancing – six-and-a-half feet away from people, think of me being laid down flat and that is a little bit short of the distance that you need. We have to follow that.”

He kick off with the SNP, here goes…

He blasted Scottish National Party MPs for continuing to be “grumpy” that they lost the independence referendum in 2014.

Calling for them to respect the result, the Commons Leader added that the ongoing “row” between the party’s current leader Nicola Sturgeon and former leader Alex Salmond is “a most disagreeable spectacle”.

It came as Edinburgh East SNP MP Tommy Sheppard warned that pressure for Scottish independence is mounting with another opinion poll reporting that a majority of people are in favour of splitting the union.

He told MPs: “In the week when the 19th Scottish opinion poll reports majority support for independence, I ask again for a debate on this Parliament’s response.

“If this is becoming the Government’s view, surely this Parliament should discuss it?”

Mr Rees-Mogg replied: “All, ultimately, (Mr Sheppard) wants to do every week is moan about the devolution settlement.

“The referendum was won by the unionists in 2014, it was accepted that it would be for a generation – a generation is not a mere six-and-a-half years.

“The Scottish people made their choice and he is still grumpy that they didn’t make the choice that he wanted.

“This Parliament respects the free choice that the Scottish people made more than he does.”

Mr Rees-Mogg added that the SNP “is in such an awful muddle with its rows and disagreements, with Mr Salmond and Ms Sturgeon getting together like cats in a sack”.

He continued: “It is a most disagreeable spectacle and that is why the union is something that we should all support and not leave it to the dangerous activities of the SNP.”

Jacob Rees-Mogg then offended people who have raised the issue of the slave trade in the UK labelling them the “woke brigade.” However, he thanked this imagined cohort of people for reminding Britons of the “great heroes” in the country’s history.

The Commons Leader said he believes people are now more aware of the statues they walk past and want to learn about them.

Responding to a request for a debate on protecting Britain’s history and heritage, Mr Rees-Mogg told the Commons: “In a funny way the woke brigade has done the nation of service because they’ve reminded people of the great heroes that we have.

“Lots of statues that people used to walk past and not really notice, they suddenly think: ‘Gosh, that’s Gordon of Khartoum, he’s an interesting figure, I want to know more about him and what he did to put down the slave trade in the Sudan’.

“I think this has helped remind people of our history and that it’s a history we can be enormously proud of.

“That British people did great things in this country and across the globe, and we see that actually in the United States.

“The United States when it sought its freedom wanted to ensure that it had the freedoms that the people of the United Kingdom were entitled to at home.

“It was a most fantastic history that we should be proud of and celebrate in our statues and in our education.

“So we should be grateful that the wokery classes have had this effect on improving our understanding of our noble history.”

Some MPs have been campaigning for a new law to protect war memorials from being desecrated and make it easier to prosecute vandals.

In June 2020, Labour councils pledged to review the “appropriateness” of monuments in their areas on public land and council property.

This was announced after campaigners tore down a statue of slave trader in Bristol.

He then went after something the good people of Teeside hold very dear.

He said he will stick to his deep-fried Mars bars after turning his nose up at the popular Teesside dish chicken parmo because of “ghastly” garlic sauce.

Conservative MP Jacob Young (Redcar) urged Mr Rees-Mogg to consider if the high-calorie chicken parmo could be exempted from advertising bans on junk food as it is a “local delight”.

Earlier this month, Mr Rees-Mogg told the Commons he once had a deep-fried Mars bar and thought it was “delicious”.

During business questions, Mr Young said: “The Leader of the House may not have heard of a Teesside delicacy known as the chicken parmo.

“He may ask what a chicken parmo is, well, I’ll tell him.

“Surely the Leader will agree with me that such a local delight enjoyed by many of us across Redcar and Cleveland, including myself, should not fall victim to any proposed junk food ad bans.”

Responding for the Government, Mr Rees-Mogg told the Commons: “Until my honourable friend added the garlic sauce and the salad I thought it sounded really rather delicious.

“But I’m afraid I shall have to stick to my deep-fried Mars bar which is free of garlic which I always thought is very ghastly stuff.”