"get me off this cursed island." 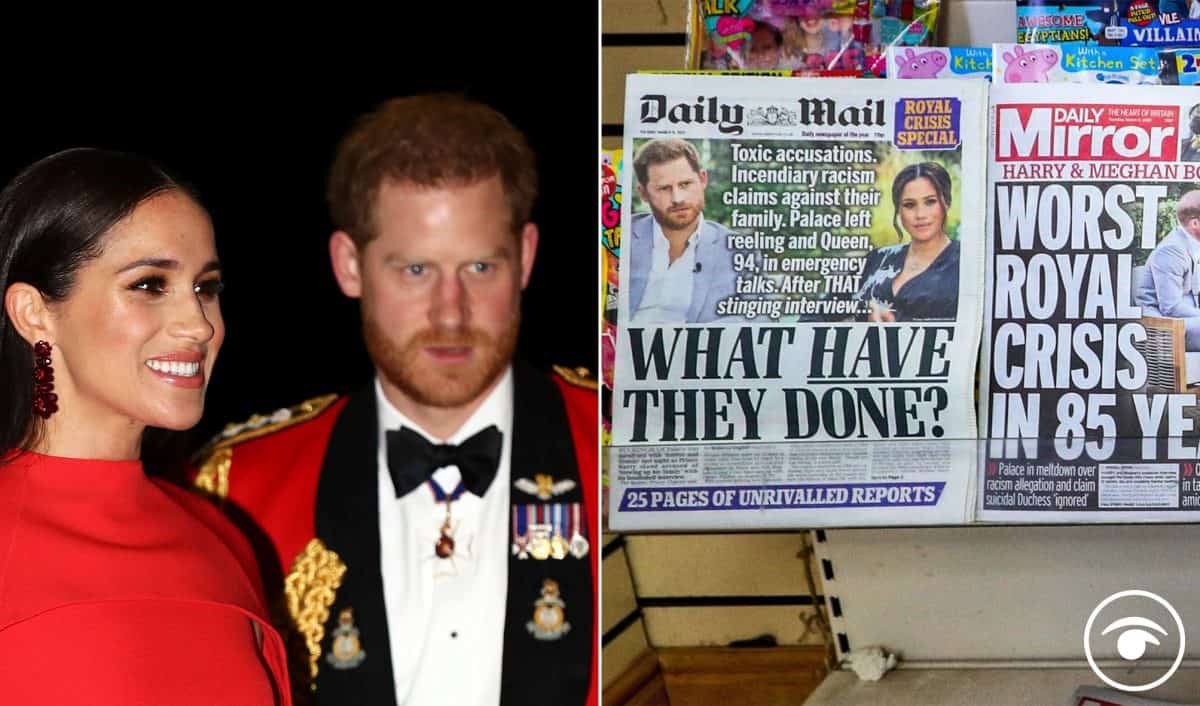 The Duke and Duchess of Sussex’s Oprah Winfrey interview has sparked reaction from politicians, celebrities and the media across the globe.

The two-hour special was broadcast in the US in the early hours of Monday and on British TV on Monday evening, with the Sussexes covering mental health struggles, their wedding and their relationship with the royal family.

It was also broadcast across the world including in Australia, New Zealand, Canada, Brazil, and much of Europe.

Back in the UK The Daily Mail carried the pointed headline: “What have they done?”

The paper’s royal editor Rebecca English said the “bombshell” interview left Buckingham Palace “paralysed with ‘horror and dismay’, adding: “The Queen, Prince Charles and Prince William were all locked in crisis talks over how to react to a string of incendiary accusations unleashed by Harry and wife Meghan during (the) two-hour special”.