"Oaks are a keystone species, critical to the support and survival of entire ecosystems. A single Oak can provide food, shelter, and habitat for thousands of species of birds, insects, and animals." 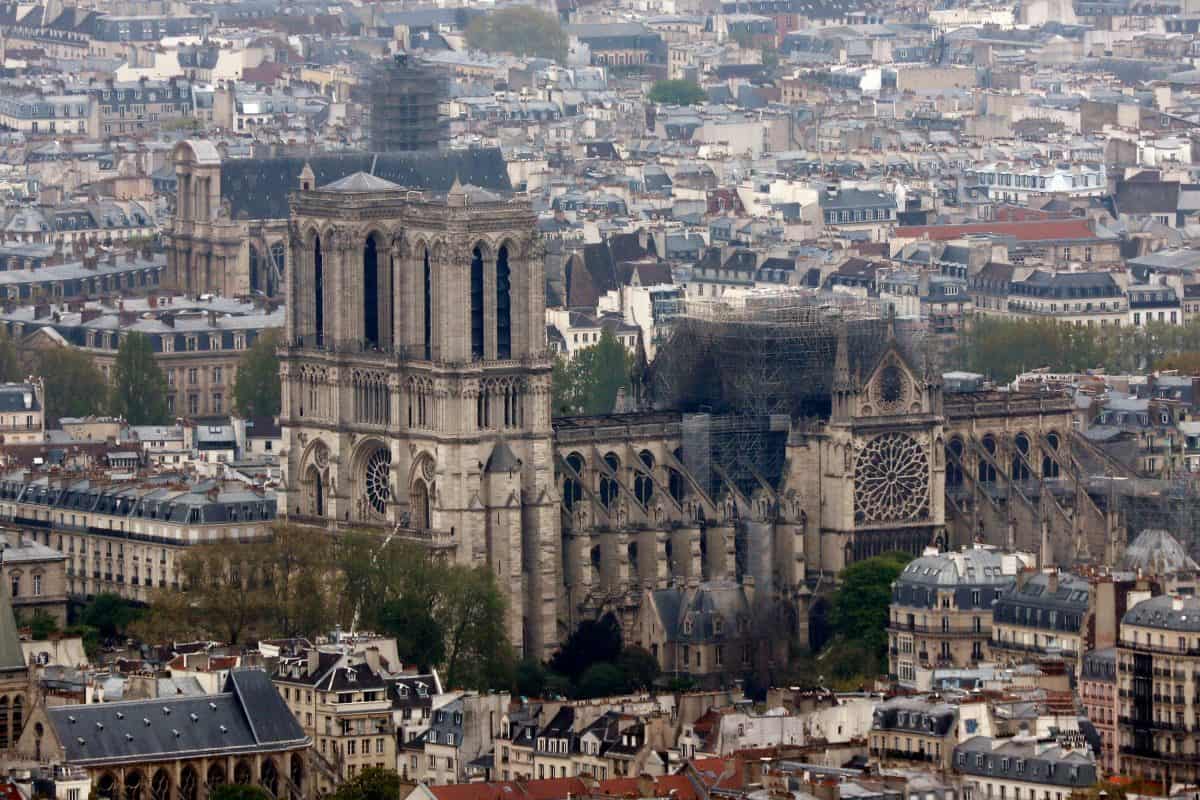 In a former royal forest in France, four 200-year-old oaks are being felled for wood to reconstruct Notre Dame cathedral’s fallen spire.

Last July, French president Emmanuel Macron ended speculation over the reconstruction plans, announcing that the spire of the Paris monument would be rebuilt exactly as it was before the April 2019 blaze that severely damaged the cathedral.

A 230-year-old Sessile oak tree is selected to be used in the reconstruction of Notre Dame Cathedral in France’s Foret de Berce.

1,000 oaks are due to be hacked down by the end of March to rebuild the spire and roof of the cathedral, which was ravaged by fire in 2019 pic.twitter.com/nYE4s3SchT