Some agreed extra lockdown days in January would be worth if it meant some freedom to socialise at Christmas, while others disagreed. 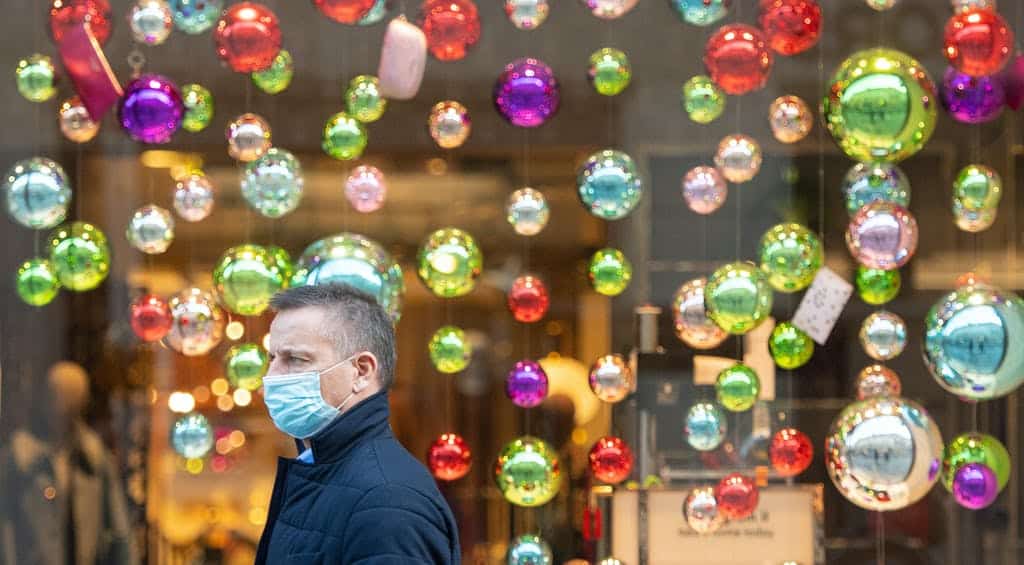 The Government is facing a dilemma over relaxing lockdown measures over Christmas then potentially having to bring them back for longer in the new year.

A “concrete” plan for gatherings to take place at Christmas could be revealed as early as next week, Scotland’s First Minister has said.

Nicola Sturgeon told MSPs on Thursday that the chief medical officers of all four UK nations have been asked to compile a proposal for how the easing of some restrictions would work.

It comes after discussions were held between Cabinet Office Minister Michael Gove and the devolved administrations on Wednesday.

Speaking at First Minister’s Questions, she said the proposal could be made public “in the coming days”.

She said: “We discussed the Christmas period and how we could come to a sensible – and I stress sensible – and safe plan that would allow people, not 100% normality, but a greater degree of normality – in particular the ability to spend some time with loved ones.

“From that meeting yesterday, we charged our officials – advised by our respective chief medical officers – to put together a concrete proposal that we will then consider and hopefully announce the detail of in the coming days.

“I would hope … we could share that with the public over the course of next week.”

And the question was one that has split people out and about in Durham city centre on Thursday.

Construction director Johnny Harrison, 39, from Bishop Auckland, was certain that offering the public a brief window in the restrictions would give the country a boost.

He said: “I think it is important that families do get together over Christmas.

“A lot of people are struggling and I think they need that little bit of comfort, be it two or three days, even a day.

“I think it is important for people’s mental health and wellbeing.”

Pensioner Christine Griffiths, who was out shopping in a mask, agreed that sacrificing time in January would be worth it if rules around Christmas were relaxed.

“I think it’s a good idea. As long as we can be with our family at Christmas, then I’m certainly in favour of tightening restrictions afterwards.”

Student Tenaya Cooper did not agree with relaxing the rules if it meant a longer lockdown, and even longer not being able to see loved-ones for the sake of Christmas Day.

“I would rather have a month of seeing my gran than a day and then not be able to see her for ages,” she said.

She would prefer to continue the measures with the view to making 2021 better for everyone.

Her friend Miriam Thompson was keen to get home for Christmas but did not feel the suggested plan was “sustainable”.

She said: “What are we willing to sacrifice for Christmas when it’s just a tradition and this is people’s lives?

“I’m not sure, although I would like to go home.”