Lance Forman, who was a Brexit Party MEP, seemed to forget about a time not so long ago when things were not going so well post-Brexit. 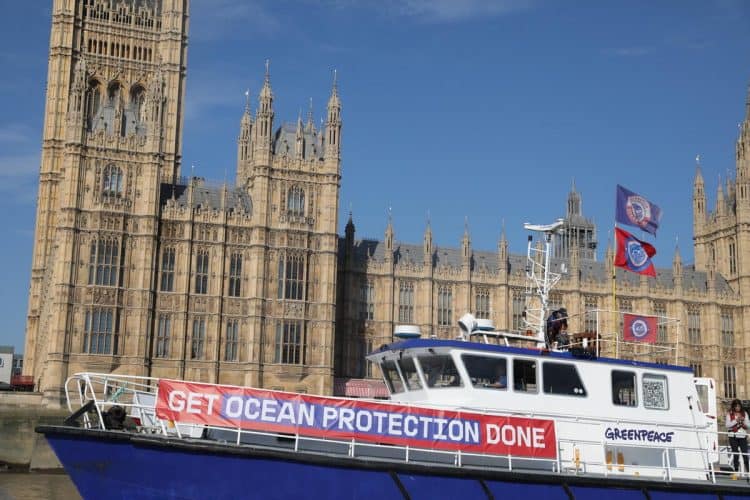 A Leave-voting fisherman insisted Brexit is going well, but the internet remembered he wanted a compensation for his industry as a result of Brexit.

“Blaming things that have nothing to do with brexit is a remainer derangement. Own it,” he added.

But earlier this year, Forman said the government should compensate UK fishermen for temporary problems that occurred post-Brexit.

He told the Independent Business Network: “It’s a problem of our bureaucracy not being ready in time and they should have been ready.

“In the meantime, I think that the government really has a duty to support those businesses to compensate them for the losses they might have incurred.”

In the same thread as Forman insisted Brexit was going well, he threatened he would block a Twitter user if they ever mention Brexit again – and journalist Otto English did not fail to spot the irony behind it.

Simon Gosden pointed out that Tory Brexit Britain “has food shortages, fuel shortages, is culling 150,000 pigs, is pumping raw sewage into seas and rivers, is making poor people poorer and has next to no gas storage facilities.”

“Any wonder this country is in the mess it is in.”

Last week, a man who voted for Brexit has told LBC’s James O’Brien that he has regretted his decision ever since – and recent fuel shortages have awoken him to the negative impact of leaving the EU.

The man, who was 27 at the time of voting, said he votes Tory because he comes from “a really working class background”, adding: “I’ve built myself a career and I’ve done well and people say, vote Tory because all the Labour Party are gonna do is tax you to death.”

But over the last year, he admitted it has been a “very difficult pill to swallow” because “not all people who voted Brexit are racist”.

He said: “The thing is, I agreed with you about everything apart from the Brexit thing, and I never knew why I disagreed.

“The only reason why I disagreed with you about Brexit is because I voted Brexit and it wasn’t until I was sat in my car waiting for the thick end of an hour to put fuel in my car last week, that I sat there and I thought to myself, ‘Oh my god, I think he’s right’.”