“Ultimately, we need to address these widespread institutional failings before we can even begin to address women’s confidence in the police.” 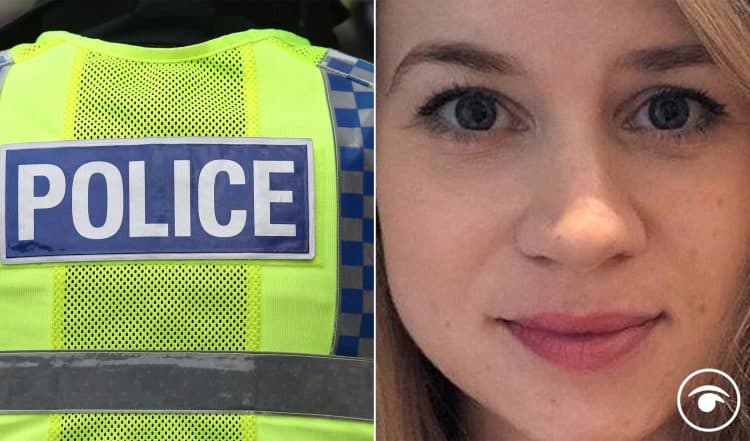 Hundreds of allegations of sexual misconduct were made against serving police officers across Britain over five years.

Figures from 31 police forces obtained by RADAR under the Freedom of Information Act reveal at least 750 accusations were made against officers between 2016 and 2020.

The FoI asked forces in England, Wales and Scotland how many complaints of sexual assault were made against serving police officers in each of these years.

Complaints could relate to historic allegations and most, where the gender was recorded, were against male officers, the data shows.

The responses did not indicate whether any of the officers were on duty at the time of the alleged incidents.

Of the total number of cases logged by forces over the five years, at least 34 resulted in dismissals.

At least one officer resigned before a misconduct hearing, and in one case the officer was listed as deceased.

Not all forces provided a detailed breakdown of sanctions taken and one of the forces which replied to the FoI also included a small number of police staff in its response.

There are 43 police forces covering England and Wales, as well as Police Scotland and the British Transport Police.

Separate publicly available data reveals Surrey Police recorded 36 allegations of sexual misconduct against its officers over the same period, while the Met Police logged more than 500 claims of sexual offences against both officers and members of staff.

It comes after an independent inquiry was announced by the Home Secretary Priti Patel to look into the “systematic failures” that allowed Sarah Everard’s killer, Wayne Couzens, to be employed as a police officer.

Baroness Casey of Blackstock will lead a separate review of culture and standards at the Metropolitan Police in the wake of Ms Everard’s murder.

Armed officer Couzens used his police issue handcuffs and warrant card to stage a fake arrest so he could kidnap 33-year-old Ms Everard before he raped and murdered her.

The End Violence Against Women Coalition, which includes groups such as Rape Crisis, Refuge and Women’s Aid, said few officers face “any meaningful consequences” for violence against women and girls.

Deputy director Denzi Ugur said: “We need to see a radical overhaul of how the police respond to violence against women – especially within their own ranks.

“This means greater accountability and urgent, co-ordinated and strategic action to address violence against women.

“Ultimately, we need to address these widespread institutional failings before we can even begin to address women’s confidence in the police.”

A publicly available response to a different freedom of information request revealed the Met – the UK’s largest police force – recorded 530 allegations of sexual offences against serving officers and staff members between 2016 and 2020.

They were formed of public complaints and internal conduct matters, which include those raised by other members of the force.

The allegations related to 713 Met Police officers and staff in total, most of whom were male (577) – though an officer or staff member may have been named in more than one allegation.

Overall, 47 claims resulted in officers or staff being dismissed without notice.

The Independent Office for Police Conduct, which oversees the police complaints system, said it was down to forces to “stamp out” any abuse of police powers.

A spokesperson said: “The abuse of police powers for purposes of sexual exploitation, or violence, has a devastating impact on victims, and a serious impact on the public’s confidence in individual officers and the service in general.

“It is critical there are effective systems in place to prevent, monitor and deal swiftly with any individual who exploits that trust.

“In the context of the police service, this behaviour is a form of corruption and should be dealt with as such.

“Each case reported represents a serious betrayal of the trust and confidence that individuals should have in the police. It is behaviour which can never be justified or condoned.”

On announcing an independent inquiry, the Home Secretary said the public needed answers to ensure an incident like the murder of Ms Everard never happened again.

A Home Office spokesperson said: “As the public would rightly expect, we take police integrity very seriously and have already taken steps to overhaul the police complaints and discipline systems in order to increase transparency and accountability.”

The Government’s independent inquiry has been welcomed by Martin Hewitt, chairman of the National Police Chiefs Council, who said vetting and professional standards procedures need to be scrutinised to restore public confidence.

“I think having an independent inquiry is a very good way for that to be to be dealt with to really help us provide that reassurance,” he added.