He said the "Brexit-era thinking about immigration and humanitarian rights is hopelessly out of date." 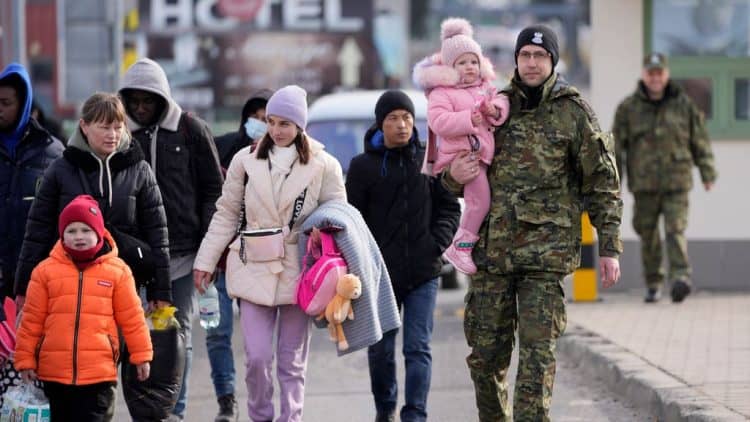 A Brexit-voting Times columnist says Brexit era assumptions around European solidarity are “hopelessly out of date and morally wrong” following the Ukraine conflict.

The UK government has come under pressure to do more to help those who are seeking safety in the wake of the Russian invasion.

Scottish first minister Nicola Sturgeon said Westminster had “fallen short” in its response to the refugees fleeing “horror” in Ukraine, noting that the “majority of those seeking refuge are women and children”.

Home Office minister, Kevin Foster, had earlier told the Commons that more than 500 visas have now been issued under the Ukraine Family Scheme, which launched on Friday – with more than 10,000 applications submitted.

Suggestions that the UK’s response to the refugee crisis could be politically-motivated have been mooted in recent days.

Writing in the Guardian, Simon Jenkins said: “A frostier welcome to Britain could hardly be imagined.

“There is no hint that Ukrainians should have unrestricted right of entry as they flee the Russian invasion, as elsewhere in Europe for the past horrific week.

“Johnson presumably believes it is not what the British public want. I can hear him saying, they voted for Brexit, didn’t they?”

Related: Government will miss key leveling-up pledge by ‘around 192 years’