Once again, our global standing has been shattered by our little Englander mentality. Or am I just being woke? 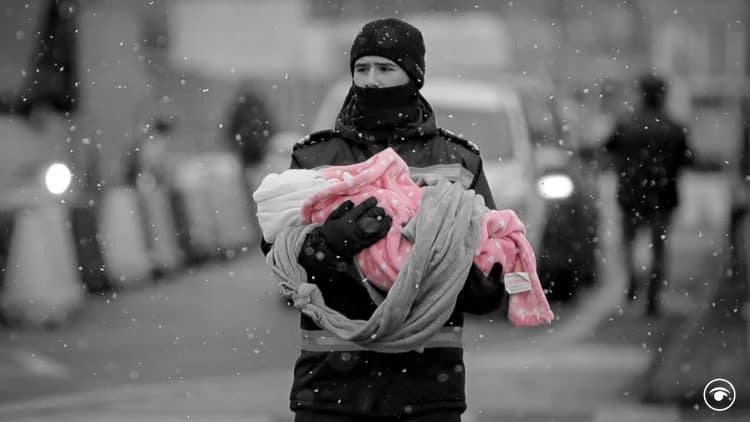 Good morning. The war in Ukraine has created the fastest-growing refugee crisis since Second World War, the UN has announced this week, with more than 1.5 million people reportedly crossing into neighbouring countries since Russia invaded. How many of those has Britain decided to take in, you ask. Fifty, as of Monday morning, or against the number of people who have applied for the new (supposedly impossible to access) visa schemes, about 1 per cent.

The figures are nothing short of a national embarrassment for ‘global Britain’, particularly placed against the humanitarian efforts in neighbouring countries (who are said to have taken in millions of refugees) and other European countries (who are said to have taken in hundreds of thousands). They are also completely at odds with the narrative being peddled by the government. As we condemn Vladimir Putin for creating an Orwellian-style choke hold on the truth in Russia, our own junior ministers have been proclaiming that the government “wants to support Ukrainians who are seeking refuge” during the TV rounds, and our prime minister said Britain will be “as generous as we can possibly be” in helping those fleeing war. Priti Patel even made it out to Poland to make similar gestures as she witnessed the situation unfold, which, if anything, is even more depraved.

So once again we have arrived at a point where the rhetoric doesn’t match up with the reality. The reality is that the current visa options are as limited as they are arduous for Ukrainians, and despite Patel suggesting there are plans for a ‘third’ visa route Downing Street has already contradicted her, as has her own office and as have her own colleagues. The most charitable explanation for this, as Adam Fleming pointed out, is that the home secretary was so moved by her visit to Poland she decided something had to be done and done quickly, so announced something before any detailed policy work had been done. A less generous version is that it’s the fog of war in Whitehall.

But I’d like to proffer a third possible explanation. Confusion and chaos bleed nicely into inaction, and there’s a good chance that our stunted response has been by way of political design. As Simon Jenkins wrote in the Guardian, Boris Johnson presumably believes this is what the British public want. They voted for Brexit, didn’t they? “It is hard not to see Johnson’s electoral calculus beneath all this. The obsession with halting migration has entered the Home Office soul, a department now institutionally xenophobic,” he said.

In time, and in keeping with their political playbook, the narrative will move on. The shocking images of war in Ukraine will be replaced with pictures of Nigel Farage shouting at dinghies in the sea and Priti Patel dressed up in police gear raiding people’s homes. The poor souls who have been driven out of their country by war will be cast as ‘economic migrants’ in search of juicy British benefits and the RNLI will be on the receiving end of another barrage of racist abuse because they are not willing to let them perish at sea.

So far, by accident or design, we could hardly have conjured up a frostier response to this chilling tragedy. Then again, maybe I’m just being woke.