An elevated take on the classic comfort food dish. 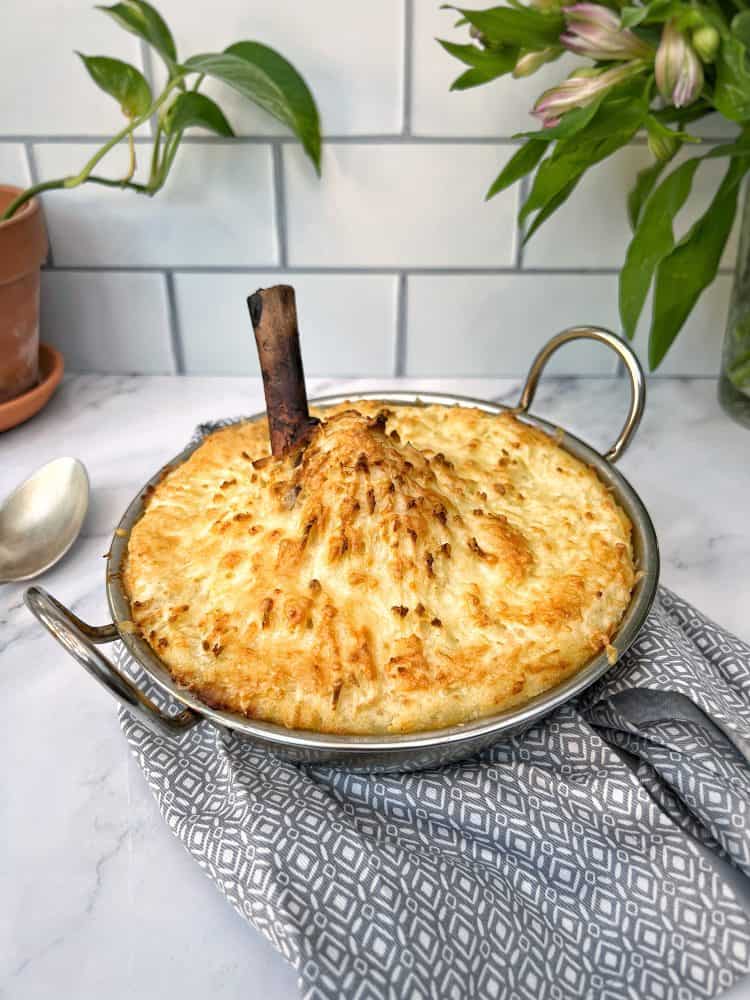 At its most simple, shepherd’s pie is a wholesome, heart-warming comfort food staple. But with that, it’s also highly adaptable. When substituting some of the ingredients and dedicating a little more time to the production, shepherd’s pie can become a decadent, swoon-worthy dish perfect for impressing at dinner parties without applying too much effort (and undertaking most of the preparation in advance).

While minced lamb is especially common, this shepherd’s pie recipe adheres more closely to the early cookery book suggestions of using leftover roasted meat. Here, leftover slow-cooking joints such as shoulder are perfect, as are lamb shanks used especially for the dish. The lamb shanks are generously seasoned then quickly seared in a hot pan until lightly browned all over. Once seared, the lamb shanks are removed from the pan, and the leftover fat is used for sautéing a mixture of chopped celery, carrot and onion. A dash of red wine is then added, followed by chopped tomatoes and good quality chicken stock before the shanks are returned to the pan and simmered for around 90 minutes until tender, but not completely giving.

Once cooled down, the fat is strained from the top of the reserved cooking liquor, which is reduced to make a gravy spiked with brown sauce. The lamb shanks are then arranged into a roasting or baking dish then topped with a drizzle of the thickened sauce, caramelised onions, sweated leeks, and peas. The mixture is then topped with silky mashed potatoes, with the bones peeking out (think Desperate Dan’s cow pie), finished with a fistful of grated cheddar cheese. 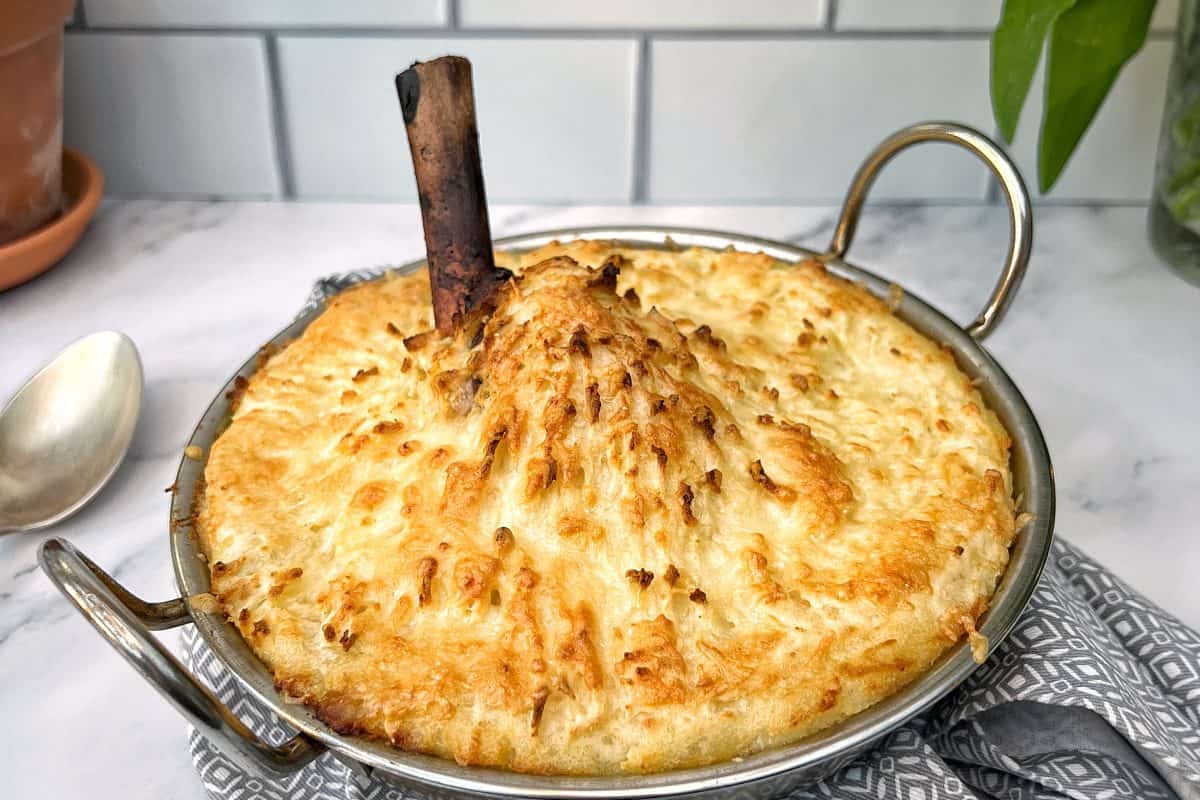 Related: How To Make: Pasta e Fagioli (Pasta and Beans)