"This lot are completely insane. They just can't stop lying." 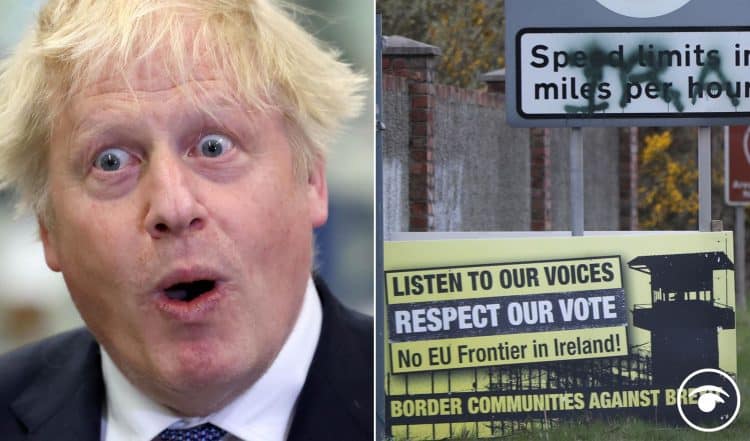 The foreign secretary has defended controversial plans to scrap parts of the post-Brexit deal on Northern Ireland, insisting the action to address the “very severe” situation in the region cannot be delayed.

The EU has threatened to retaliate with “all measures at its disposal” if the UK proceeds with new legislation overwriting sections of the Northern Ireland Protocol, as announced on Tuesday.

It comes as a viral video by Peter Stefanovic has slammed the government over its ‘lies’ over the UK’s Brexit arrangement.

Yesterday, Stephen Doughty slammed the government’s Brexit dealings telling the house: “Barely two years later the government is trying to convince people that its flagship achievement was not an negotiated triumph, but a deal so flawed that they can’t abide by it… Boris Johnson must take responsibility for the protocol, and make it work.”

Then Joanna Cherry added to the criticism of the government saying: “The Supreme Court have been clear that international treaties, signed by the UK govt, are binding upon the UK, in terms of international law.. so our obligations cannot be unilaterally rewritten.. is she aware of that?”

Truss replied that the government “fully respect the rule of law,” but the simply doesn’t seem to be the case.

The foreign secretary set out her intention to bring forward legislation within weeks, overwriting parts of the post-Brexit deal, freeing goods destined to stay within the UK from EU-level checks.

Truss told the Commons the move was needed to reduce “unnecessary bureaucracy” and to protect the Good Friday Agreement, arguing that the EU’s proposals “would go backward from the situation we have today”.

She said the Bill would take measures to protect the EU single market by implementing “robust penalties” for those who “seek to abuse the new system”.

But European Commission vice-president Maros Sefcovic criticised her plan and warned that Brussels could retaliate.

Should the UK proceed with the Bill, the EU will respond with “all measures at its disposal”, he said.

This is likely to aggravate fears the move could spark a trade war with the bloc.

Peter Stefanovic tweeted the video and wrote: “This lot are completely insane. They won a GE by lying about a deal based on lies.

“They’ve lied about it ever since and now want to scrap part of the deal they lied about by lying again including breaking international law which they’re also lying about. They just can’t stop lying!”