Sausages and other chilled meats produced in Great Britain are set to be banned in Northern Ireland from July 1. 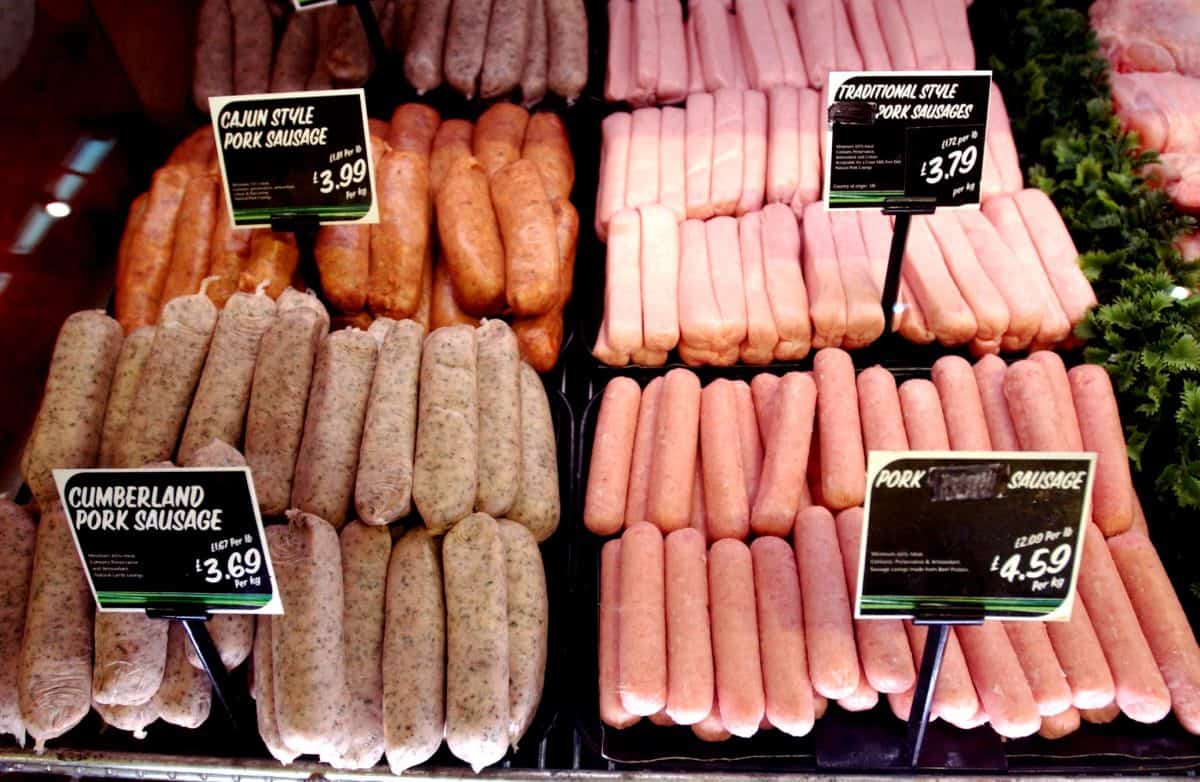 Another layer of Brexit red tape associated with the Northern Ireland Protocol has come into effect, with health certificates on Great British sausages and mince now required.

The UK Government-designed export health certificates to allow such products to enter Northern Ireland are only temporary, as from July 1 they are set to be banned from the region altogether under strict EU laws on animal and plant health.

Sausages, mince and pate-type products made in GB are currently only allowed into Northern Ireland under the terms of a six-month grace period.

That will expire at the end of June unless the EU and UK can strike a deal on the issue in the interim.

Bans on other GB agri-food products – including seed potatoes, certain seeds, and plants potted in soil – have already been in force since the start of the year.

Under the terms of the protocol, which governs the movement of goods in and out of the region post-Brexit, all non-prohibited agri-food goods arriving from GB require an EU export health certificate (EHC) declaring that they pose no risk.

They are a consequence of a Brexit deal that has resulted in Northern Ireland remaining in the EU single market for goods while the rest of the UK has left that regulatory zone.

There are hundreds of different types of EHCs, with different forms for different products – and some products having multiple certificate versions.

As sausages and other chilled meat products are not ordinarily allowed to be imported into the EU under the bloc’s tight SPS (sanitary and phytosanitary) regulations, there is not an EHC covering those goods.

As a result, the Department of Environment, Food and Rural Affairs (Defra) has developed its own temporary version, to satisfy EU requirements during the six month grace period when their import is still permitted.

There was no initial requirement for certifications on these restricted products when the protocol came into operation on December 31 after the Brexit transition period ended.

On Monday that changed, with traders now requiring Defra’s version of an EHC for sausages and mince.

Aside from those prohibited list items, from December 31 EHCs have been required for non-retail agri-food products entering Northern Ireland from GB.

That has included unprocessed food stuffs – such as chicken carcasses, tankers of milk and sides of beef – being imported into the region to undergo processing.

Retail products have been exempted from this requirement under a grace period that will expire on April 1.

From that date, GB-made agri-food products that are usually found on supermarket and shop shelves in Northern Ireland will need an EHC to be shipped to the region.

This includes all food of animal origin, some foods of non-animal origin (nuts, spices etc), live plants, other plant-based products and fish. Live animals and animal based food products require a vet to sign off the EHCs.

During the three month grace period for retail produce, traders have instead been asked to complete a single operator declaration for each lorry-load of goods crossing the Irish Sea.

This is signed by a representative of the company shipping the goods, declaring that they comply with EU standards and regulations.

The shipping requirements will increase dramatically from April 1 when EHCs will be required for individual agri-food product lines on a lorry.

In theory, that could see a single lorry of retail goods requiring hundreds of EHCs.

However, the grace period was in part agreed to give traders time to adjust their shipping models to reduce the regulatory processes required.

Packing containers with larger quantities of a limited number of product lines, rather than loading them with small quantities of multiple products, would potentially achieve that, as would ensuring the lorry only goes to one destination.

There was no grace period on retail agri-food goods entering the Irish Republic from GB and there is evidence those traders have already made such adaptations.

Supermarket lorries arriving in Northern Ireland from GB for onward transport south of the border have been registering around a dozen EHCs per load in recent weeks.