"Guess which one of these ideas I think is totally ridiculous: -a bridge over the English Channel -a giant roundabout under the Isle Of Man -free school meals for vulnerable children" 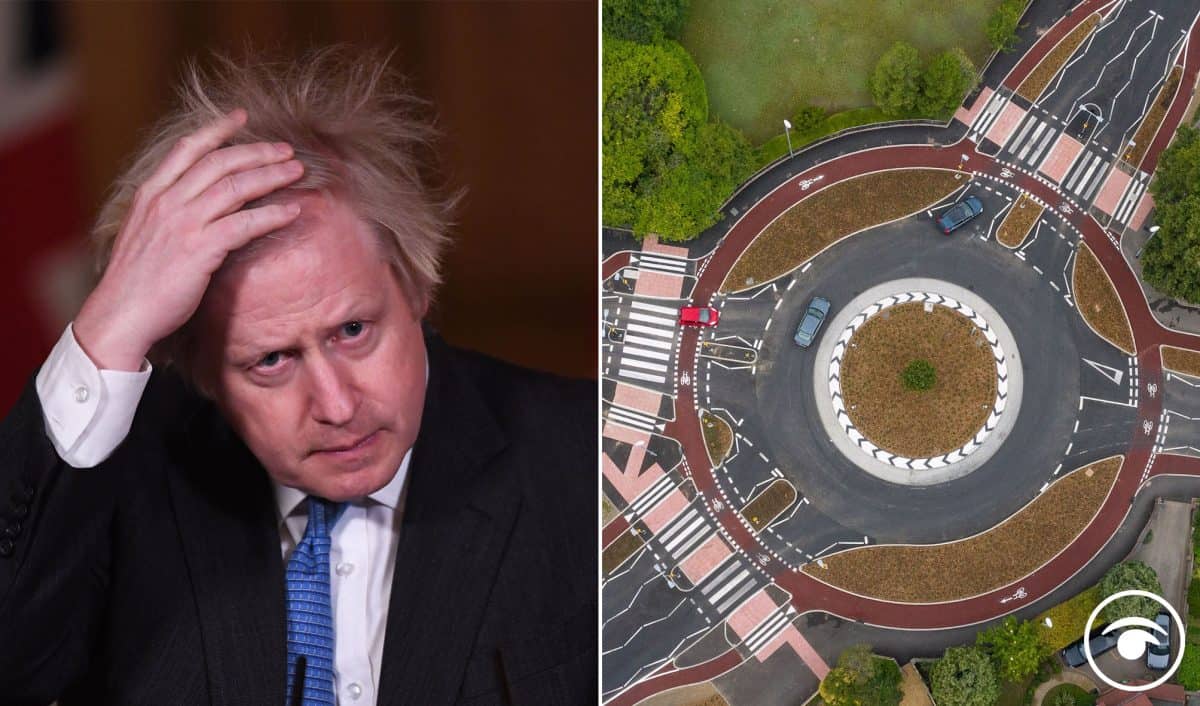 Never mind Boris Island, garden bridge or even the bridge from Scotland to Northern Ireland, the PM has taken his ‘vision’ to the next level.

He now plans to build a huge roundabout under the Isle of Man that would link Scotland, England and Northern Ireland, according to The Sunday Times.

The plans that ‘exist primarily in the mind of the PM’ would see three tunnels dug, from Lancashire, Liverpool and Stranraer, meeting under the Isle of Man.

One aide dismissed the idea as a ‘bats**t scheme.’ The planned meeting point would be called the ‘Douglas Junction.’

The idea is said to exist ‘primarily in the mind of the PM,’ according to one senior aide.

Several senior Whitehall sources are said to have dismissed the roundabout plan as ’round the bend’ but it is so loved by Boris Johnson that ‘it cannot die’.

But the tunnel would have to cross Beaufort’s Dyke – a 32-mile trench where around 1.5 million tonnes of World War Two ammunition was dumped

A map to illustrate his scheme is in the Tweet (below)

As you can imagine this news has left many flummoxed.