The UK has passed 100,000 confirmed coronavirus deaths. Did it have to be this way? 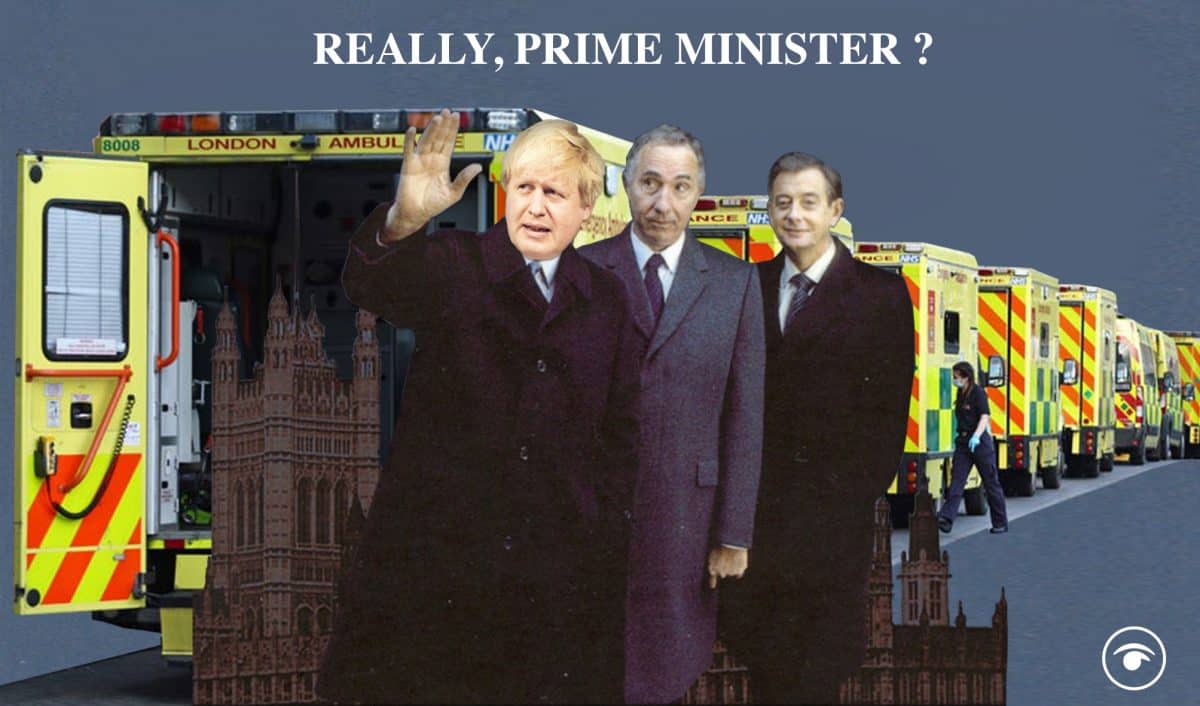 The UK’s coronavirus death toll has exceeded 100,000 – with many more likely to follow. At a sombre Downing Street press conference on Tuesday night, Boris Johnson said he was “deeply sorry” for every loss of life – insisting that his government “did everything we could” to battle the pandemic.

There have been a couple of notable successes in Britain’s coronavirus response – the furlough scheme and the procurement and rollout of vaccines among them. Indeed, if the vaccination programme continues apace and the country is able to edge back towards normality, many may even come to see Johnson’s leadership through this crisis with more rose-tinted glasses.

Bad luck, too, has played a part. The UK’s population density, position as a hub of international travel, demographics and the emergence of a virulent new strain have not at all helped matters.

But, regardless, few could honestly argue that Johnson and his ministers “did everything” in their power to fight Covid-19. Of those 100,000 deaths, the second 50,000 came in just 79 days between 8 November and 25 January – proof, if ever any was needed, that lessons have not been learned.

Introspection and reflection on what has happened and what went wrong has been difficult throughout this crisis – the here-and-now has at times been so torrid that to look over our shoulders has felt like torture. Nonetheless, as the UK chalks up yet another grim milestone in this grimmest of periods, let us remind you of some of the most significant moments since March.

Four days after the first cases of coronavirus are confirmed in the UK, Johnson scoffed at the prospect of setting down the economy. Britain, he said, would remain “the supercharged champion of the right of the populations of the Earth to buy and sell freely among each other” as other countries closed their doors.

“There is a risk that new diseases such as coronavirus will trigger a panic and a desire for market segregation that go beyond what is medically rational to the point of doing real and unnecessary economic damage,” the prime minister added.

“Then, at that moment, humanity needs some government somewhere that is willing at least to make the case powerfully for freedom of exchange.”

Boris Johnson’s divorce was finalised. Eleven days later, he announced his engagement to Carrie Symonds, who is pregnant. Despite the World Health Organisation warning of an emerging “public health emergency” in January, Johnson spent weeks celebrating Brexit and spending time with Symonds at Chequers – missing five COBRA meetings in the process.

The Independent Scientific Pandemic Influenza Group on Behaviours (SPI-B), a SAGE subcommittee, issued advice warning against shaking hands and hugging. Johnson gives a press conference on the same day, proudly proclaiming: “I was at a hospital the other night where I think a few were actually coronavirus patients. I shook hands with everybody, you’ll be pleased to know, and I continue to shake hands.”

With cases spiralling in Italy, the country took the drastic step of locking down vast swathes of its population. But Britain was nonplussed. A senior government source briefed the media that Italy’s approach was predicated on “populist, non-science based measures that aren’t of any use”, adding: “They’re not who to follow.”

Deputy Chief Medical Officer Jenny Harries, questioned on the UK’s reluctance to ban mass gatherings, insisted that the government was “following the science”. Wearing a face covering, she added, is “usually quite a bad idea” and “doesn’t help”.

SAGE issued a unanimous verdict warning against “heavy suppression” of the virus, warning it would be counter-productive and might end up causing a second peak. It also questioned the wisdom of closing schools.

Chief Scientific Adviser Sir Patrick Vallance later went on the BBC and explained the the government’s “aim” was to “build up some kind of herd immunity”. Around the same time, scientists suggested “contact tracing will no longer be useful” at the point “when there is sustained transmission in the UK”.

Johnson finally put Britain into its first national lockdown – but only after a few days of dither, in which the virus spiralled out of control.

The Cheltenham Festival and a Champion’s League fixture between Liverpool and Atletico Madrid were allowed to go ahead – and pubs were allowed to stay open for a week after Johnson instructed people to stop all necessary contact.

Scientists have since warned that the delay to enter lockdown, despite being just a few days, likely caused tens of thousands of deaths.

New rules on discharging hospital patients to care homes are introduced, stating that “negative tests are not required prior to transfers/admissions into the care home”. The guidance was not changed for nearly two weeks. Close to 20,000 deaths in care homes – nearly 30 per cent – involved Covid-19 between March and June 2020.

SAGE advised the Home Office that there was “little scientific justification for implementing any measures at the border”. Fast forward nine months, and the UK is set to announce a new hotel quarantine scheme to tighten up controls at the border.

Amid much talk of a new contact-tracing app – designed to tell someone if they had been exposed to coronavirus – Johnson’s spokesman revealed that the new tech would become “a key part of the surveillance programme” by mid-May. It did not enter service until September.

The bombshell news of Dominic Cummings’s now-infamous trip to Durham. With further allegations about excursions and trips – including a drive to Barnard Castle, ostensibly to test his eyesight – Cummings gave an excruciating Downing Street press conference on 25 May – and did not apologise.

Johnson stood by his man and refused to sack his chief adviser. Analysis by University College London found that Cummings’s actions undermined public trust in the government and reduced their willingness to follow social distancing rules. Lockdown adherence declined rapidly in the weeks that followed.

Despite a £22 billion budget, it emerged that call handlers working for NHS Test and Trace – mostly outsourced to firms like Serco – were busy just one per cent of the time. At one point, handlers were reaching just 60 per cent of the contacts of those with the virus and telling them to self-isolate.

The inability to persuade people who are infected or who have been exposed to Covid-19 to self-isolate remains an endemic problem in the UK. Baroness Dido Harding – a Tory peer tapped by Johnson to lead Test and Trace – admitted this week that the financial incentive for people to go into quarantine is nowhere near high enough.

Rishi Sunak unveiled ‘Eat Out to Help Out’, a new scheme encouraging Brits to flock to restaurants to help the economy bounce back. Researchers later claimed that the scheme might have caused up to a sixth of Covid-19 clusters across the summer, while one study suggested that it drove up infections by up to 17 per cent.

The following month, Sunak implored workers to go back to offices, cafes and pubs. Government sources briefed the Telegraph that people must “go back to work or risk losing your job”.

With infections once more on the rise, SAGE urged Johnson to instigate a short “circuit-breaker” lockdown. The prime minister rejected their advice.

Labour leader Sir Keir Starmer, who was among those calling for a short lockdown, was described as “shameless opportunist playing political games in the middle of a global pandemic” by a close Johnson ally.

Instead, Johnson introduced a new tiered system of regional restrictions in October. Just over two weeks later, he imposed a four-week lockdown for the month of November – six weeks after SAGE advised it.

Christmas will not be cancelled, Johnson vowed – insisting that restrictions would be relaxed for five days over the festive period to allow family gatherings. That same day, Matt Hancock – the health secretary – announced the discovery of the highly-transmissible new variant.

Three days later, Christmas was cancelled. With cases spiralling again, a new national lockdown was introduced in January – nearly two weeks after SAGE once more called for it.

Schools were allowed to reopen – for one day. They were then locked down again to all but the children of vulnerable people and key workers. There is no indication when they will be open again.