“Seeing how people in Calais are treated by our authorities is deeply shocking. They are hounded night and day, exposed to the bitter winter elements, denied food and shelter and subject to regular police brutality." 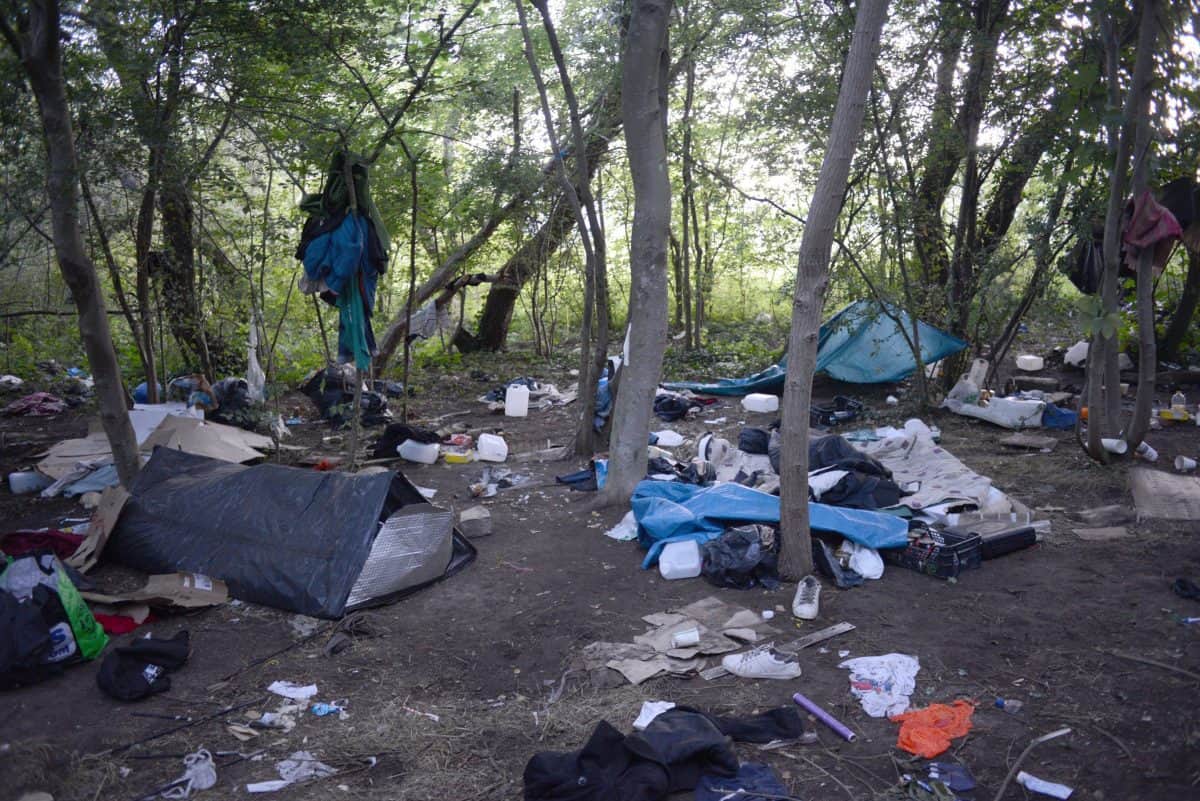 Refugees living in Calais believe Brexit has made it easier to secure asylum in the UK, according to a poll.

About 1,000 people are staying in makeshift camps along the French coast, with many intending to try to cross to Britain.

A survey of migrants in Calais revealed that more than half (55%) think they have a better chance of getting asylum in the UK since December 31 with only 18% thinking they had a worse chance.

The poll also revealed widespread fears, with a majority saying they felt less safe in 2021.

Immigration minister Chris Philp said “the claim that getting asylum is any easier now is categorically untrue”.

Since the start of 2021 six people have been sentenced for facilitating illegal journeys to the UK, the Home Office said.

With Brexit, the Government vowed to end freedom of movement and “take back control” of the UK’s borders.

This Government promised to end free movement, to take back control of our borders and to introduce a new points-based immigration system.

Today, we have delivered on that promise. Our points-based immigration system is now live. pic.twitter.com/WPj0kNvbtS

However, a majority of migrants in Calais quizzed earlier this month believe they now have a better chance of getting asylum in the UK than before it left the single market on December 31.

Those in Dunkirk were less confident, with 37% saying they felt they had a better chance and 25% a worse chance.

Across both locations nearly 80% of respondents said Brexit has made physically reaching the UK harder.

Upon leaving the EU, the UK also left behind the Dublin regulations, which allows member states to return asylum seekers to the EU country they first entered.

What is more, Care4Calais suggested that longer lines of lorries in Calais waiting to go to the UK will provide many opportunities for people to try to climb aboard, risking their lives as they do so.

In 2020 more than 8,400 people crossed the English Channel aboard small boats, according to data compiled by the PA news agency.

Clare Moseley, founder of Care4Calais, called for the UK to allow asylum claims to be heard at the border with France so people are not motivated to risk dangerous crossings.

She added: “Seeing how people in Calais are treated by our authorities is deeply shocking. They are hounded night and day, exposed to the bitter winter elements, denied food and shelter and subject to regular police brutality.

“In the Channel our governments treat them like a military enemy when they are simply asking for our help. It’s horrific. They are ordinary people who are fleeing conflict and oppression. We can do better than this.”

Responding to the survey, Mr Philp said: “Care4Calais is recklessly repeating false information, which risks encouraging desperate migrants to make a dangerous journey instead of claiming asylum in the first safe country they reach, such as France.

“Now we have left the EU we have changed the law meaning those who have travelled through safe countries will have their asylum cases treated as inadmissible.

“We are also fixing our asylum system to make it firm and fair and will be bringing forward legislation to stop abuse of the system while ensuring it is compassionate towards those who need our help.”

Other findings from the survey include:

Kamran (not his real name), a refugee living in Calais, said: “I had to leave Iran because of the government. I was an engineer and it’s my dream to work again in the UK.

“I hope that I will get to the UK soon by lorry. I know crossing by lorry is dangerous, but I have no other options. It is so bad here in the jungle, the weather is cold and we are always chased by the police.

“Some people think Brexit will make it easier to stay in the UK, my wish is simply to be in the UK now so I can start a new life.”

The lives of essential workers from refugee backgrounds will be celebrated in a new photography exhibition from one of the world’s most renowned celebrity photographers.

It shares their stories, including their journeys to the UK, their lives and their roles in essential frontline services.

A collaboration between photographer Rankin and refugee employment charity Breaking Barriers, the exhibition is due to launch online on January 26.

Kemi, 37, came to the UK six years ago, fleeing domestic violence in Nigeria. She now works as a volunteer with women from migrant backgrounds, helping a variety of charities every single day —  including running a project that teaches migrant women how to sew.

She told the PA news agency: “People think being a refugee, you are here to take money. I don’t want benefits. I want to pay my own taxes to the community and I want to be able to help other people, not have the Government helping me.

“That is why I joined the project.”

The mother-of-four, who now lives in London, said she hopes the exhibition will help people learn to accept refugees, having previously been told in the street to ‘go back to your country’, in front of her youngest daughter.

She said: “We can make this country great together if people accept us for who we are.”

Pinar, 25, came to the UK from Turkey in 2019 and works as an HR assistant with a care provider, assisting frontline care staff with PPE.

She said she experienced “hostility” from the Home Office when she first moved here and often refrains from telling people she is a refugee.

“Lots of asylum seekers coming to the UK are really talented people in their own countries,” she said.

“But when they come to the UK, all their success and certificates, everything is just taken away. They are starting a life here from zero. They should be recognised more and their achievements.”

She said she hopes the exhibition will help people “change their viewpoint” on refugees, adding: “That would be enough for me.”

Photographer Rankin said: “I am always struck by the number of people who work in frontline services who weren’t born in the UK. Many of them are refugees and they all play an essential role in the health and wellbeing of the country, especially during this time.

“We are, after all, a country built on migration and it’s only fitting that these people are celebrated for their bravery and courage, not only in leaving their homes but also helping to save so many people’s lives.”

Juliet Stevenson, Breaking Barriers ambassador and curator of the exhibition, said: “Too often our society greets refugees with suspicion and blame. And yet, despite all that, these brave individuals left everything behind to build new lives in the UK and now, in the middle of a global pandemic many of them are giving something critical back to the UK.

“Their stories inspire us and these photographs by Rankin show the humanity and bravery of these exceptional people.”