The Queen’s Platinum Jubilee celebrations will be “overshadowed” by the Duke of York’s civil sex trial. 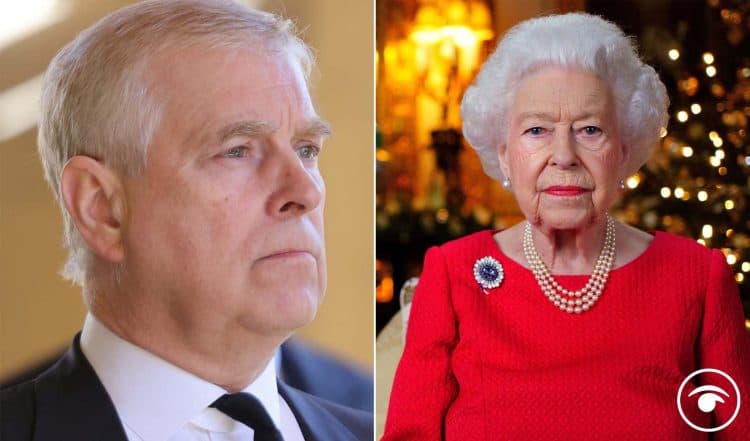 The Duke of York has given up his honorary membership of the prestigious Royal and Ancient Golf Club of St Andrews in Scotland. It comes as the palace fears his demands could backfire and damage the royal family forever.

The decision to lose the golf membership follows Prince Andrew’s loss of military titles and royal patronages as he contests a civil sexual assault case in the US.

His lawyers this week said he was ready to face a jury trial in New York over claims brought by Virginia Giuffre.

Prince Andrew, a former captain of the club, had been a member since 1992.

“I can confirm that The Royal and Ancient Golf Club of St Andrews has received notification that the Duke of York will relinquish his honorary membership. We respect and appreciate his decision,” said a spokesman for one of the world’s most famous golf clubs.

Giving up his membership will be a humiliation for the duke who is a passionate golf fan, meeting many of the top names in the sport over the years.

Prince Andrew has demanded a trial by jury in a bid to clear his name. However, Senior royals are ‘deeply shocked’ Prince Andrew he is pursuing this legal route as they fear he will make things worse for himself and the monarchy, it has been claimed.

Palace sources are said to be surprised at the Duke’s “shift in mood” after consistently telling his family there was little to no chance of him facing a civil trial in the US, according to the Daily Mirror.

Media lawyer Mark Stephens said Andrew would also face detailed questions of a sexual nature when he gives evidence, whether in person or via video link, in the jury trial expected towards the end of the year.

But depending on developments, there was still the prospect the duke may reach an out-of-court settlement with Virginia Giuffre who is suing the Queen’s son for sexual assault. The duke denies the allegations.

Mr Stephens said any trial could have far-reaching consequences for the wider royal family.

He said: “I can’t conceive that the royal family will allow him to run this case and overshadow the Platinum Jubilee.

“It’s going to spark debate about the relevancy and appropriateness of the royal family and we’ve already seen that they moved very fast to strip him of his titles and that debate abated but the more detail that comes out the more there’s going to be a problem for the wider royal family.”

Commenting on lurid details that may emerge from the trial, Mr Stephens said: “For example, questions will be asked of Virginia Giuffre about the prince’s body, any marks, his performance, what positions were adopted – every detail that is conceivable to ask and then that will be put to Andrew.”

He speculated the duke may still pull back from a trial to avoid the legal spectacle which could damage the standing of the monarchy in the Queen’s Platinum Jubilee year.

“The only thing he could have done to stop this getting worse is to have pulled the case and stopped it in some way so there was no alternative news. This is going to be crippling if he really is dead set on running this to a trial.”

The issue has begun to affect other members of the royal family, with the Duke of Cambridge facing a question about his uncle when he visited London’s Foundling Museum with his wife last week.

A broadcast journalist from Sky asked William “Do you support Andrew?” as the couple left, but he did not respond.