“I cannot see why any councillor would want to fly the Union flag from City Hall to mark the birthday of Prince Andrew." 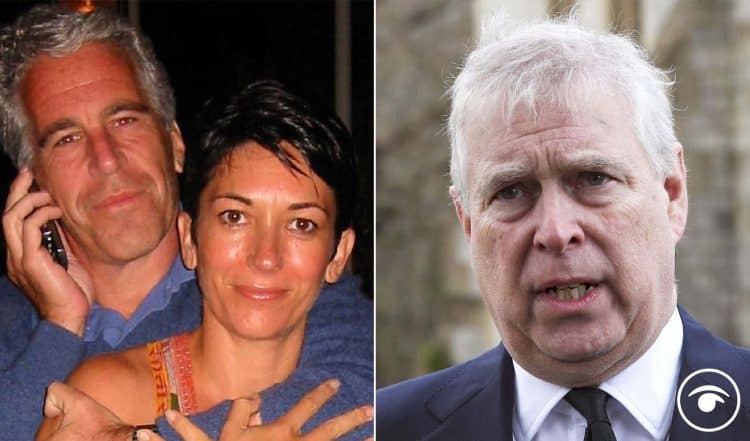 Belfast city councillors, with the exception of the DUP, have voted to stop the Union flag flying from City Hall to mark the Duke of York’s birthday.

It comes as a Canadian secondary school will be renamed in an effort to distance itself from the under-fire Prince.

Prince Andrew High School, in Nova Scotia, took the name to honour the royal in 1960 shortly after he was born.

‘Our hope is to continue to build our identity as a positive, supportive and respectful community, with a name to match. We have heard from many of you who feel the same way,’ the principal Craig Campbell wrote in a letter to parents.

Belfast city councillors, with the exception of the DUP, have voted to stop the Union flag flying from City Hall to mark the Duke of York’s birthday.

The vote comes as Andrew is facing a civil sexual assault case in the US.

He strongly denies the allegations.

SDLP, Sinn Fein and Alliance councillors backed a motion at the council’s Strategic Policy and Resources Committee on Friday to stop the annual marking of Andrew’s birthday in the city.

But DUP councillors voted against it, saying the outcome of the trial should be awaited.

A Sinn Fein spokesperson confirmed their councillors backed the move, adding that to fly a flag at City Hall for Andrew’s birthday “would be totally inappropriate”.

The decision is to be ratified at the next full meeting of the council which will come on February 1, ahead of Andrew’s birthday on February 19.

The Duke of York stopped using his HRH style and was stripped of his prestigious honorary military roles by the Queen earlier this month.

The issue of the flying of the Union flag from City Hall has been controversial in the past, with a decision in 2012 by councillors to limit the number of days it is flown from all year round to designated days sparking protests and disorder.

SDLP councillor Donal Lyons, who proposed the motion, expressed disappointment that the DUP did not support it.

He said he suggested working with unionist councillors to find an alternative day to fly the flag to retain the total number of designated days that it is flown from City Hall.

Alliance councillor Nuala McAllister proposed July 1 as an alternative date, which is a date marked by Orange Order marches. That is set to be considered by the committee.

She said her party has also written to the UK government (DCMS) to ask them to remove Prince Andrew’s birthday from the list of designated days for flying the flag.

Mr Lyons said: “It’s extremely disheartening that despite my attempt to find a solution that would accommodate all parties, while saving the council from the spectacle of honouring someone facing the allegations before Prince Andrew, the DUP has obstinately rejected the proposal and seems adamant on pushing council to recognise this man.

“I cannot see why any councillor would want to fly the Union flag from City Hall to mark the birthday of Prince Andrew.

“He has been stripped of all his royal duties, military honours and his family have distanced themselves from him due to the controversy surrounding him, but still the DUP want to see him honoured in Belfast.”

A Sinn Fein spokesperson said: “Sinn Fein backed the proposal not to fly a flag at City Hall for Prince Andrew’s birthday as it would be totally inappropriate to do so.”

DUP councillor Brian Kingston responded: “We should abide by the council’s policy of implementing the flag days designated by the Department for Digital, Culture, Media & Sports at Westminster.

“We are certainly not blind to the allegations of gross misconduct by Prince Andrew and we share in the deep concern about these, but we should await the outcome of the trial.

“We are also aware that the SDLP and Sinn Fein have form on the flying of the Union flag from our City Hall, that they voted to remove it completely, every day of the year, in 2012, so we are not blind to that either.”

Related: Tributes for Meat Loaf but story about him & Prince Andrew will make you love him more