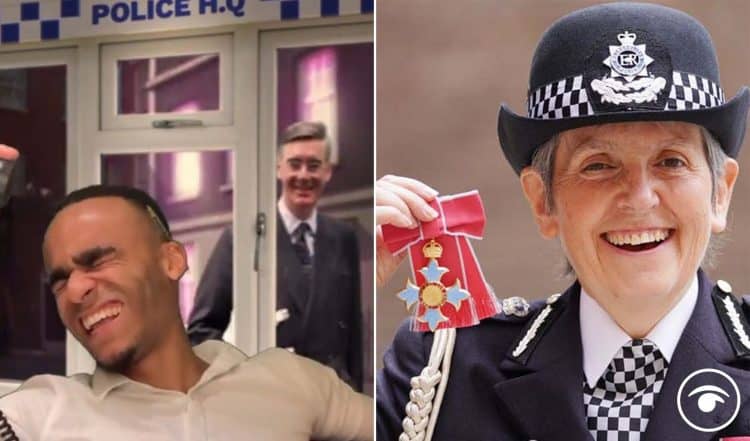 So who to believe? Well comedian Munya Chawawa’s parody video of the Met Police during the PM’s party might not help you make a decision, but it will bring a smile to your face.

Opposition politicians warned of a “stitch-up” amid growing calls for the official report into potential Covid breaches in Downing Street and wider Government to be published in full, with it having the potential to trigger a vote of no confidence in Mr Johnson.

In its previous statement on Friday morning, Scotland Yard said: “For the events the Met is investigating, we asked for minimal reference to be made in the Cabinet Office report.

“The Met did not ask for any limitations on other events in the report, or for the report to be delayed, but we have had ongoing contact with the Cabinet Office, including on the content of the report, to avoid any prejudice to our investigation.”

The PC’s nonchalant approach is soon interrupted when he hears the word black. He jumped forward and demanded an answer to: “Who’s black?!”

But when he realises it is a black-tie event immediately relaxes.

When the PC asks “And Priti Patel is letting people in, is she?”

Related: Watch: Parody vid of Molly-Mae controversy as Farage sticks up for her