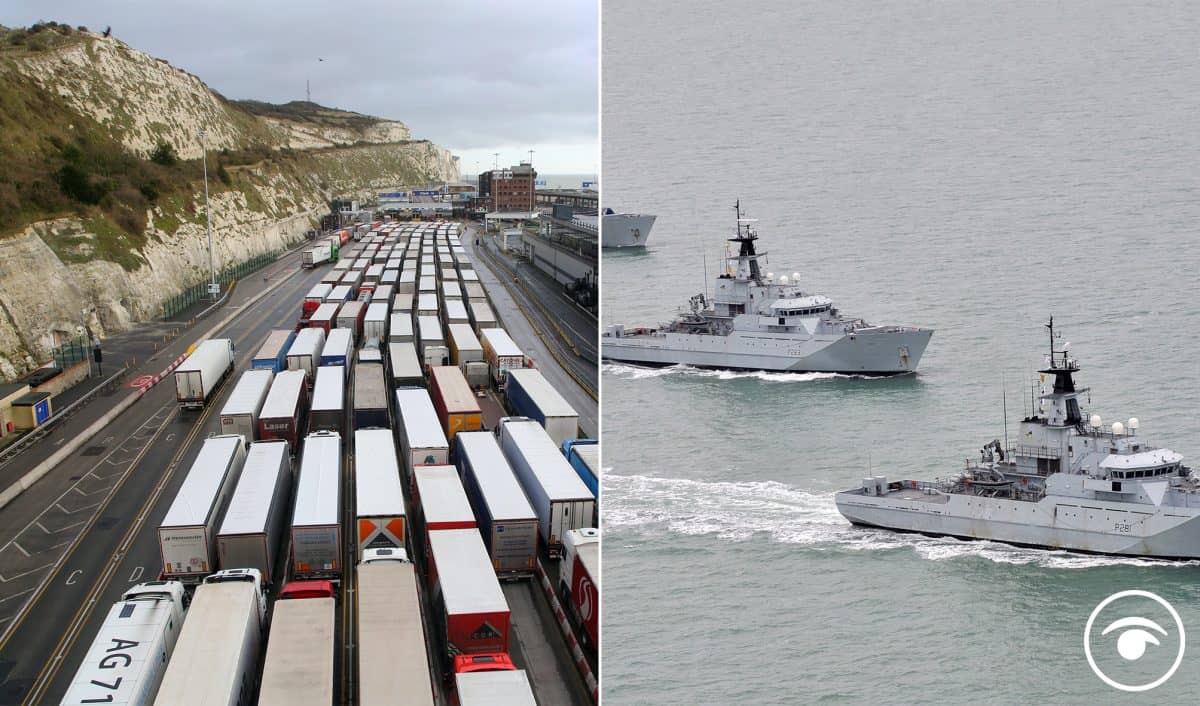 The Daily Express has done it again. This time it has a front page splash which screams ‘with friends like these!’ The story slams the French for closing the borders over fears that allowing free travel would spread the new strain of Covid, that is spreading across the UK.

The newspaper claims that French president is ‘no friend’ of the UK after blaming him for causing a blockade.

However this comes just days after their front cover encouraged gunboats to guard British fishing waters if not deal was reached over Brexit.

On December 12 amplified news that four Royal Navy patrol ships could be used to “impound EU fishing boats that stray into the UK’s exclusive economic zone”.

The wasn’t missed by many on social media. “The f**king cognitive dissonance,” tweeted comedian James Felton.

The rest of the papers

The papers are awash with reaction to France reopening its border to hauliers.

The Times and Financial Times report lorry drivers who test negative to Covid-19 will be able to cross the Channel.

The Daily Mirror, i and Daily Star lead with “chaos” at the border as thousands of lorries remain backed up.

Metro says the stranded truckers were given some Christmas cheer by the Salvation Army as they faced their third night in their lorries.

The Sun digs into “Covidiot” French president Emmanuel Macron over the situation at the border.

Elsewhere, The Daily Telegraph and Daily Mail report Tier 4 is due to be widened on Boxing Day, with a “swathe” of areas experiencing surging Covid rates expected to be moved to the toughest restrictions.

The Guardian says GPs have raised concerns of a delay in the rollout of the Covid-19 vaccine, with “more than half” of hospital trusts yet to receive supplies.

The number of coronavirus patients in hospital is expected to exceed the first wave peak “within days”, according to The Independent.