The airline is carrying 80 tonnes of food from Frankfurt to Doncaster Sheffield Airport in a Boeing 777, as almost 3,000 lorries remain stuck in Kent. 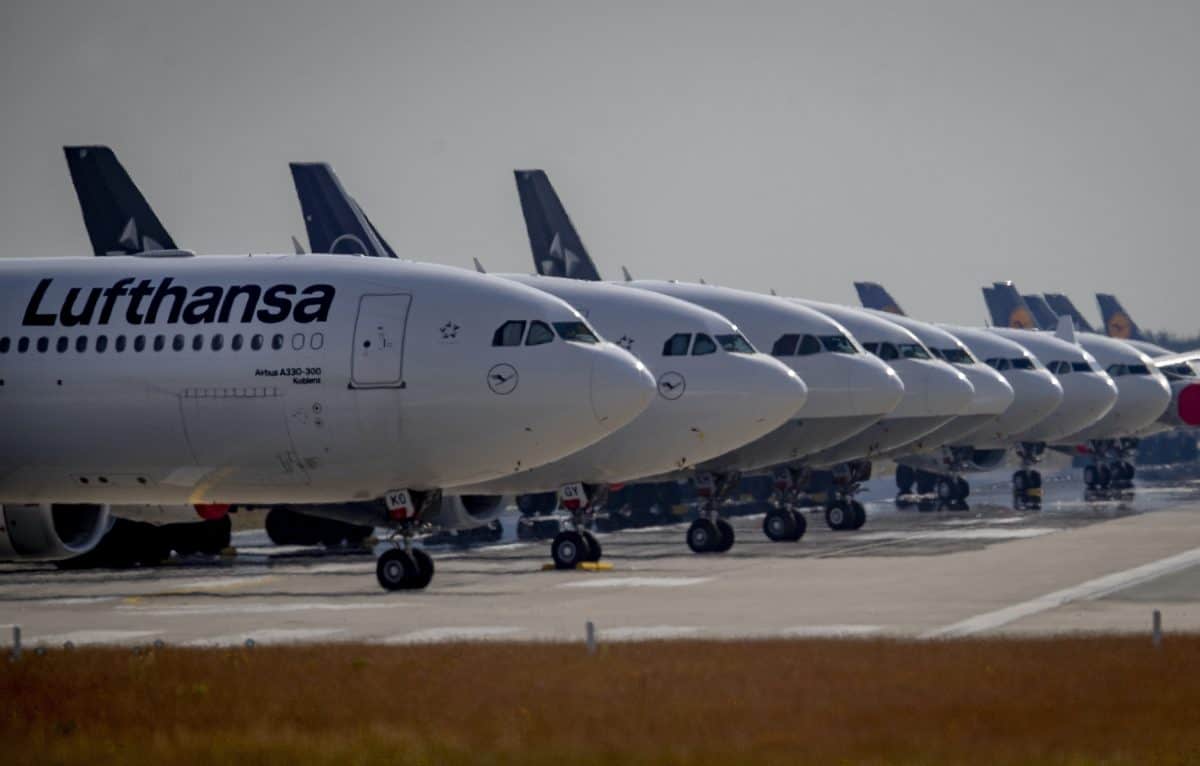 The airline is carrying 80 tonnes of food from Frankfurt to Doncaster Sheffield Airport in a Boeing 777, as almost 3,000 lorries remain stuck in Kent.

With just two days until Christmas, supermarket aisles are looking bare – with Tesco capping the purchase of staples like eggs and rice.

France shut its border with the UK on Sunday in an attempt to stop the spread of a highly transmissible new strain of Covid-19, found in the UK.

“Lufthansa Cargo is currently examining whether additional special cargo flights can be offered during the next days. We are also checking if a regular flight might be possible,” a spokeswoman told the BBC.

“This could be with a freighter, but we are also examining if we could use passenger aircraft for freight flights only,” she added.

French residents and nationals who can prove they have tested negative for coronavirus will be able to travel from Wednesday – and lorry drivers can do so after undergoing a rapid lateral flow Covid test.

Frankfurt – a major European food distribution centre – received goods from producers across the continent, including Spain, France and the Netherlands.

Its airport handled 2.09 million tonnes of cargo in 2019, according to Airports Council International. Britain imports nearly half of its fresh vegetables and most of its fruit – mainly from the EU.

Sainsbury’s has warned that if port chaos continues, Brits could start seeing shortages of lettuce, salad leaves, broccoli and citrus fruits like lemons – which are usually brought over from Spain and Italy.

Andrew Opie, director of food & sustainability at the British Retail Consortium, warned on Wednesday that some shortages could worsen.

“It is essential that lorries get moving across the border as quickly as possible. Until the backlog is cleared and supply chains return to normal, we anticipate issues with the availability of some fresh goods,” he said.