Volunteers from Khalsa Aid, from Maidenhead, Berkshire, travelled over 80 miles to help provide more than 800 meals to the truckers. 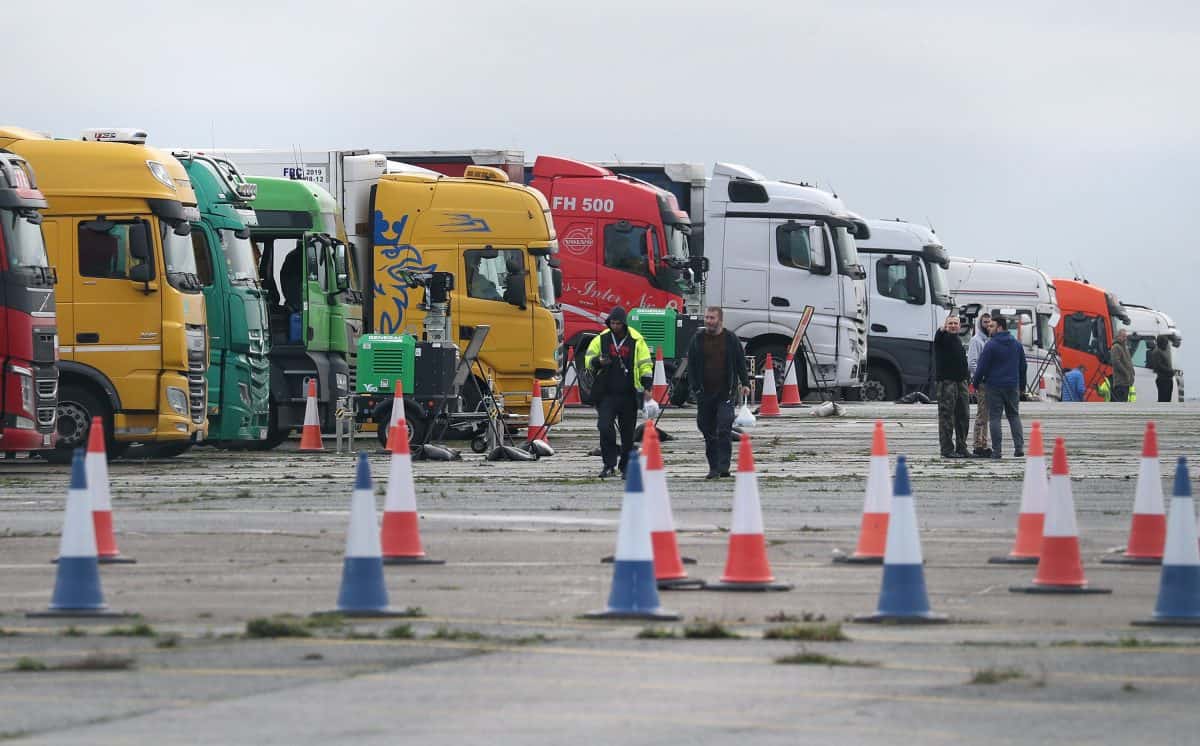 The Sikh community has come to the aid of lorry drivers stuck on motorways in Kent, making and delivering hundreds of hot meals for truckers who have been stuck in their cabins for several nights.

More than 2,800 HGVs were stranded on Tuesday as a result of a French ban on travel into France over fears of a more infectious strain of coronavirus.

Volunteers from Khalsa Aid, from Maidenhead, Berkshire, travelled over 80 miles to help provide more than 800 meals to the truckers – with some of the group’s Langar Aid members travelling more than 150 miles from Coventry.

Fellow Sikhs from Guru Nanak Temple, a gurdwara in Gravesend, helped to cook the meals before the volunteers were given a Kent Police escort along the M20 to deliver them.

“Everyone’s working together to feed the drivers… it’s been an amazing day and we are immensely proud,” Ravi Singh, founder of Khalsa Aid, said on Tuesday evening.

“From tomorrow it’s two days away from Christmas and these drivers don’t know if they’re going to be home or not.

“It’s horrible for them, there’s nothing here – no food, no shops – it’s like a prison for them. We can’t sit back and do nothing.”

Mr Singh said the drivers received the meals with smiles but added that an urgent solution is needed to the deadlock.

French authorities have announced travel will be allowed to resume on Wednesday, but those seeking continue their journey must have a negative test result.

Asked what message has been spread by his group’s generosity, Mr Singh said: “We’ve all had a very tough year but people haven’t stopped giving or sharing.”

“We are a community club and we want anyone in the community or who passes through to know we will always look after them,” James Lawson, the club’s chairman, said.

“It’s a very difficult situation… everyone wants to be home at Christmas with their families, many seemed young, so we wanted to spread what cheer we could.”

Related: Drivers clash with police in Dover as lorries are further delayed by Covid travel ban