The charity has been “bowled over” with offers of things like clothing and toys. 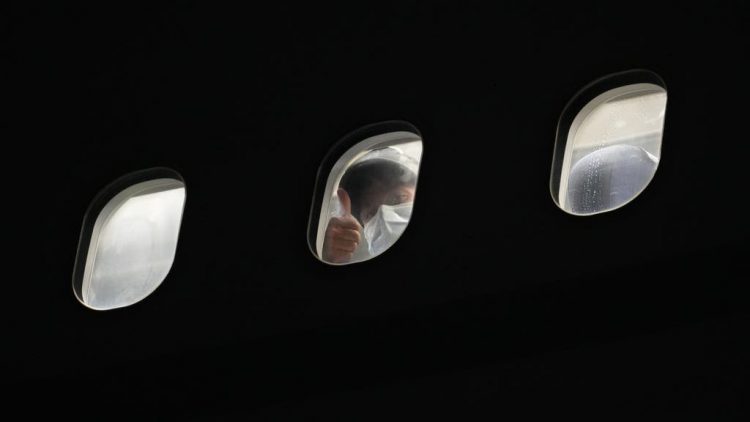 Afghan families arriving in the UK have been met with an “avalanche of love” from the public, according to a charity worker.

British Red Cross teams are supporting hundreds of families, some said to be “incredibly traumatised” and in need of emotional support.

The charity’s staff and volunteers are welcoming arrivals at airports and providing a compassionate ear, as well as giving out basic items like warm clothing and hygiene kits.

Edmore Hute, refugee support manager at British Red Cross, told the PA news agency: “There’s hundreds of people who have arrived in the UK with their families fresh from a harrowing journey, leaving behind homes and loved ones in uncertainty.

“First and foremost we are providing kindness and reassurance that they are in a safe place, in a place of safety.

“This is vital, especially these first days, during the first hours and days.”

He added: “A lot of these people have gone through very difficult journeys and people have left behind their homes and families, and everything they have known, so they are incredibly traumatised and in need of emotional support.”

Mr Hute hailed the public for welcoming Afghans, saying: “Thanks to the British public for the avalanche of love and warmth and support that the Afghan evacuees have been reporting into us.”

He said the “warm welcome” from the British public has been incredible and the charity has been “bowled over” with offers of things like clothing and toys.

Mr Hute said a donation of money is preferred as it can be transferred instantly to areas that need it most.

He said that due to having to leave Afghanistan so quickly they do not have many belongings with them, so there is a real need for clothes and other essential items.

“We’re also realising increasingly that especially these days when they are watching the news a lot of them are really worried about their family that they have left behind.

“There is a sense of relief that they are here but also still worried about the families that they have left behind,” he said.

The charity said it is ready to support in more areas of the UK as further arrivals are expected.

Experts from the British Red Cross psychosocial support team have been deployed to support families arriving into airports in recognition of the traumas they may be coming from.

Teams are supporting families staying in hotels, until further housing is secured for them.

The charity said all families have been through the necessary Covid-19 measures, staying in quarantine hotels on first arrival, and have been tested before being moved into other hotels.

Related: BBC presenter hits back at claims he was ‘nasty and unpleasant’ to Raab