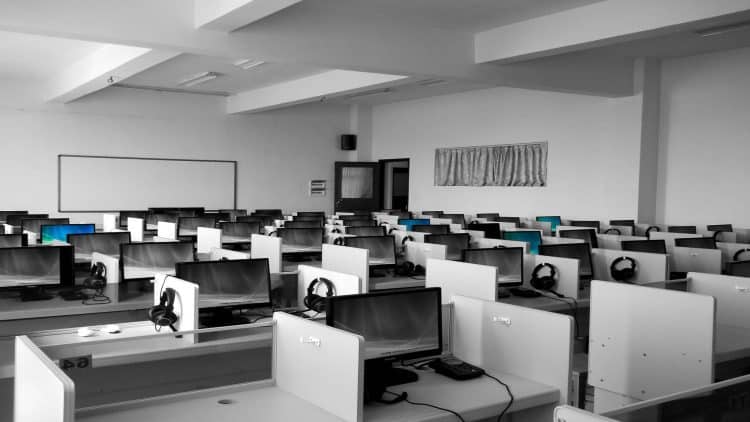 Staff working at a private call centre forCovid-19 test-and-trace services have been told to limit toilet, food and prayer breaks to 10 minutes, according to an internal email.

While working at home answering calls for the government’s 119 Covid number, staff have to select “comfort break” on their computer before using the toilet, eating, drinking or praying.

They have been told to limit time away to 10 minutes per six-hour shift, with the short absences going unpaid.

Those on longer shifts would be given an hour’s break in total, but would only be paid for half of it.

The new policy affects customer service centre staff for Hays Travel, which bought Thomas Cook’s UK business in 2019 and has shed hundreds of jobs amid the Covid pandemic.

The customer service staff were moved last year to answer Covid calls under the management of French-based call centre multinational, Teleperformance, which has a government contract for the service.

While the breaks policy has been implemented by Teleperformance, it’s not yet known whether staff answering 119 calls for other companies receive the same treatment, as The Department of Health and Social Care having declined to say whether Hays staff are treated differently.

The department has said all staff are given “appropriate” breaks, but failed to give further information.

Hays staff feel that they are being treated differently to staff at other companies answering 119 calls, but both Hays and Teleperformance have refused to comment.

Staff feeling “worthless to the government and the NHS”

One staff member told The Guardian the policy left them feeling “worthless to the government and the NHS”.

Another staff member said staff were “treated like absolute garbage”.

With around 10,000 UK employees, Teleperformance has faced previous complaints about the treatment of its home-based staff. Earlier this year, for instance, thousands of staff members were told specialist webcams would be installed on their computers to monitor home-working “infractions”.

Teleperformance, which has about 10,000 UK employees overall and handles calls for dozens of British companies and government organisations, has faced previous complaints about its treatment of some home-based staff.

Moreover, Teleperformance staff in other countries have faced intrusive home monitoring, having been asked to hand over biometric and medical data.

In response, Andy McDonald, Shadow Secretary of State for Employment Rights and Protections, tweeted: “It is inexcusable that staff who have performed such importance work throughout the pandemic are being treated so poorly.

“It is wrong for the delivery of public services to rely on outsourcing which results in worse employment practices for working people.”

Another Twitter user said: “Do we really have to treat human beings like animals just to squeeze a little more profit? Forcing an employee to log their toilet breaks on their computer is de-humanizing. Is this what we have become?”

Another said: “When you vote Conservative this is what you get – low paid workers under intense scrutiny and costed to the minute while consultants work for £1000s per day “flexibly”. Would MPs like their webcams monitored? Pathetic.”