Dilyn, a Springer Spaniel aged 12, was rushed to the vets for emergency surgery when his owners became concerned he was ill 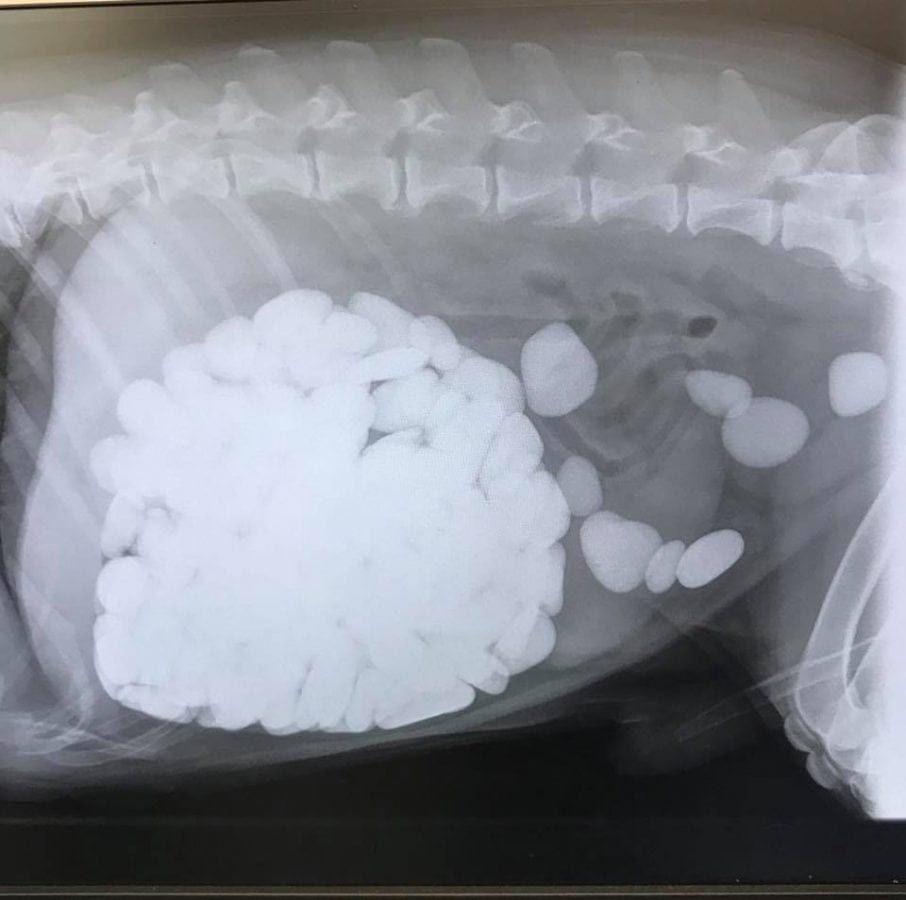 A greedy dog was lucky to be alive after wolfing down 206 pebbles during a walk on the beach.

Dilyn, a Springer Spaniel aged 12, was rushed to the vets for emergency surgery when his owners became concerned he was ill.

The family had been walking on a beach in Barmouth, South Wales, on August 17 when Dilyn gulped down the stones.

The pooch was quickly transferred to Williams Veterinary Surgeons in Tywyn, near Cardigan, where he was promptly anaesthetised and examined. After undergoing an X-ray, the vets and owners were amazed to see Dilyn’s stomach was completely full of stones, which the vets believe was something “unlikely to have been seen by any vet in the UK”.

Vet Amy O’Regan spent nearly three hours painstakingly removing each and every pebble, counting an incredible 206 in total during surgery.

Remarkably, Dilyn – now known by his owners as The Terminator – has no history of chewing stones.

It is understood he ate all of the rocks in one sitting. Against all odds, Dilyn has made a “miraculous and very speedy recovery” following his ordeal.

Hugh Williams, a partner at Williams Vets, said: “We’ve never had anything like this.
“We’ve had dogs swallowing stones before but usually one or two, three at a push – 206 is unheard of. “We really thought the worst when we saw the X-ray – how are we going to get all these out?

“How much damage has already been done?

“But we’re delighted he’s made a full recovery, he’s really very lucky to be alive.”