Chapmans Funland in Bridlington is charging 30p a go for the unusual seaside attraction. 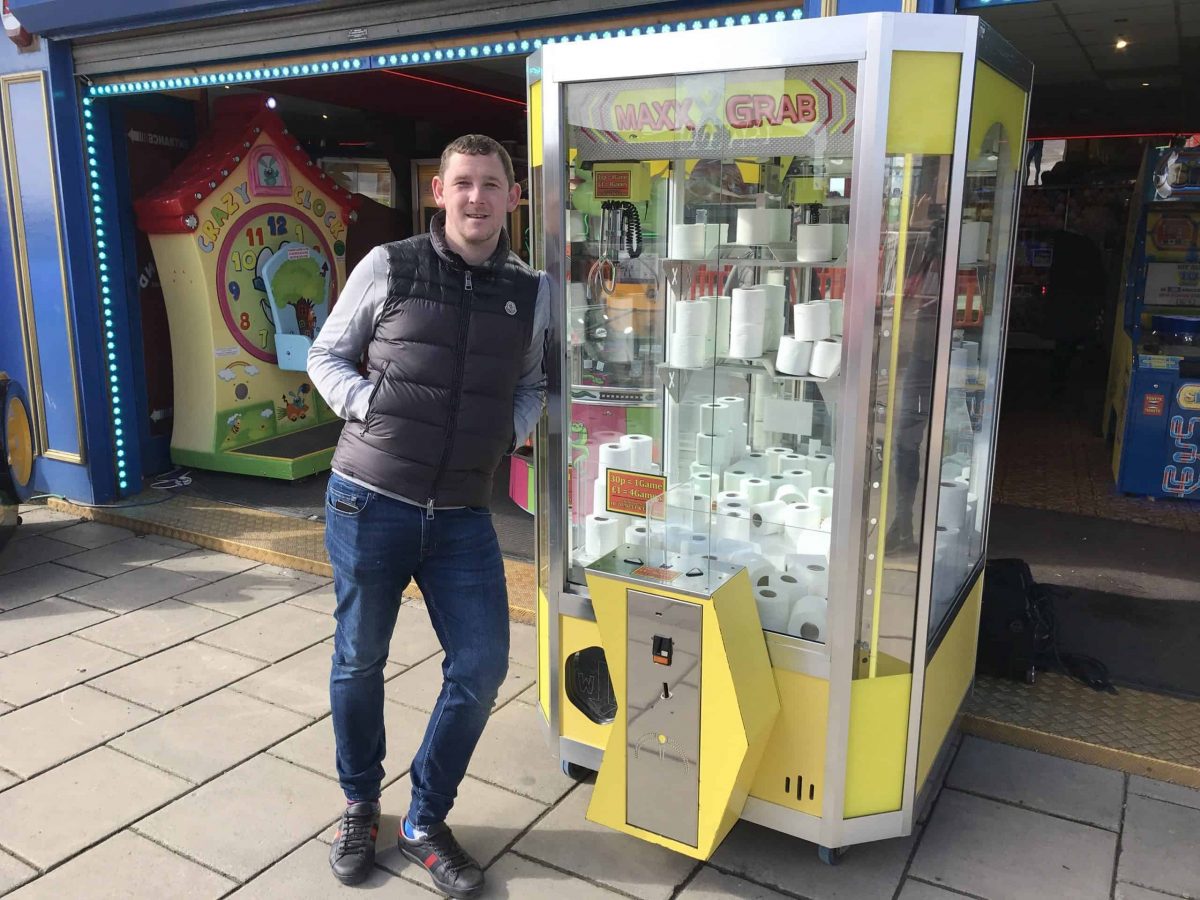 An amusement arcade is making the most of the coronavirus stockpiling trend by filling up one of its grabber machines with toilet rolls.

Eddy Chapman, who runs Chapmans Funland in Bridlington, came up with the idea after seeing people stocking up on the bathroom staple in preparation for a possible period of self-isolation because of the Covid-19 outbreak.

He told the PA news agency: “I was just in the shop and I thought, ‘People are panic buying it, it’s piled up high here, let’s see what we can do with it, have a bit of fun with it’.

“I put it in the crane, before I knew it the local press was here – it went viral.”

The arcade charges 30p for a go on the machine, which usually contains plush toys for players to attempt to grab with a mechanical arm.

According to Mr Chapman, the unusual attraction has proved popular with visitors to the arcade in the East Yorkshire seaside town.

“The feedback we’ve had is fantastic,” he said.

“Everybody that comes to it is laughing, just fun. The atmosphere is brilliant.

“A lot of people have said ‘I’ve seen it all now’ but I don’t think anybody really wants to win the toilet roll, they just want to have a go because of what it is.”

Despite that, it is possible to win on the machine.

“People will say that it’s not possible, it is possible,” Mr Chapman said.

“I just think, it’s got a hole in the middle – get one of the arms through the hole and you might just get lucky.”

One man who did get lucky, a punter from Pontefract who bagged himself a toilet roll on the machine, said: “I’m chuffed to bits. It were worth driving 68 miles and spending £30 to win that.”

With increasing numbers of people self-isolating because of the coronavirus outbreak, pictures on social media have shown supermarkets with empty shelves as shoppers stock up on essentials such as toilet paper, rice and pasta.