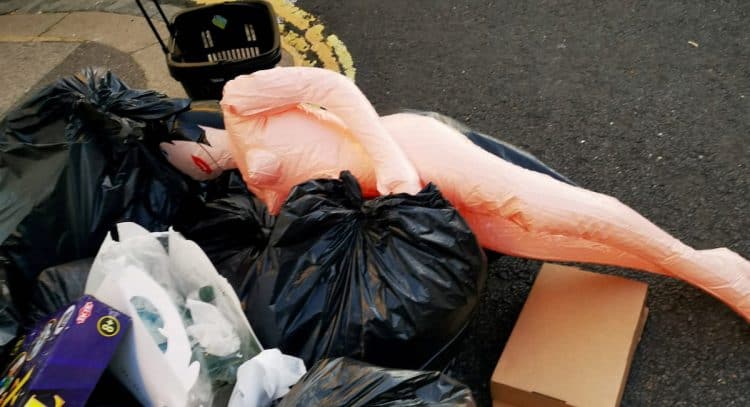 Britain’s bin round chaos has been laid bare – as this discarded sex doll was spotted in mountains of rubbish piling up in the streets.

The inflatable companion was seen dumped in Brighton – amid uncollected rounds of waste continuing to pile up in the city.

Beth Nicholas took a picture of the sex doll and posted it under the headline: ”The Great Brighton Bin Disaster of 2021 has pushed this lovely lady over the edge”.

Brighton’s Cityclean, recycling, commercial waste and HGV drivers are striking amid a row.

Bins across the UK are not being collected properly due to a lack of drivers.

Related: ‘Did we just timehop to the 1950s?’ Outrage at official advice for pregnant women