The Independent Office for Police Conduct said it was ‘not necessary’ to look into claims Dame Cressida Dick misled the public. 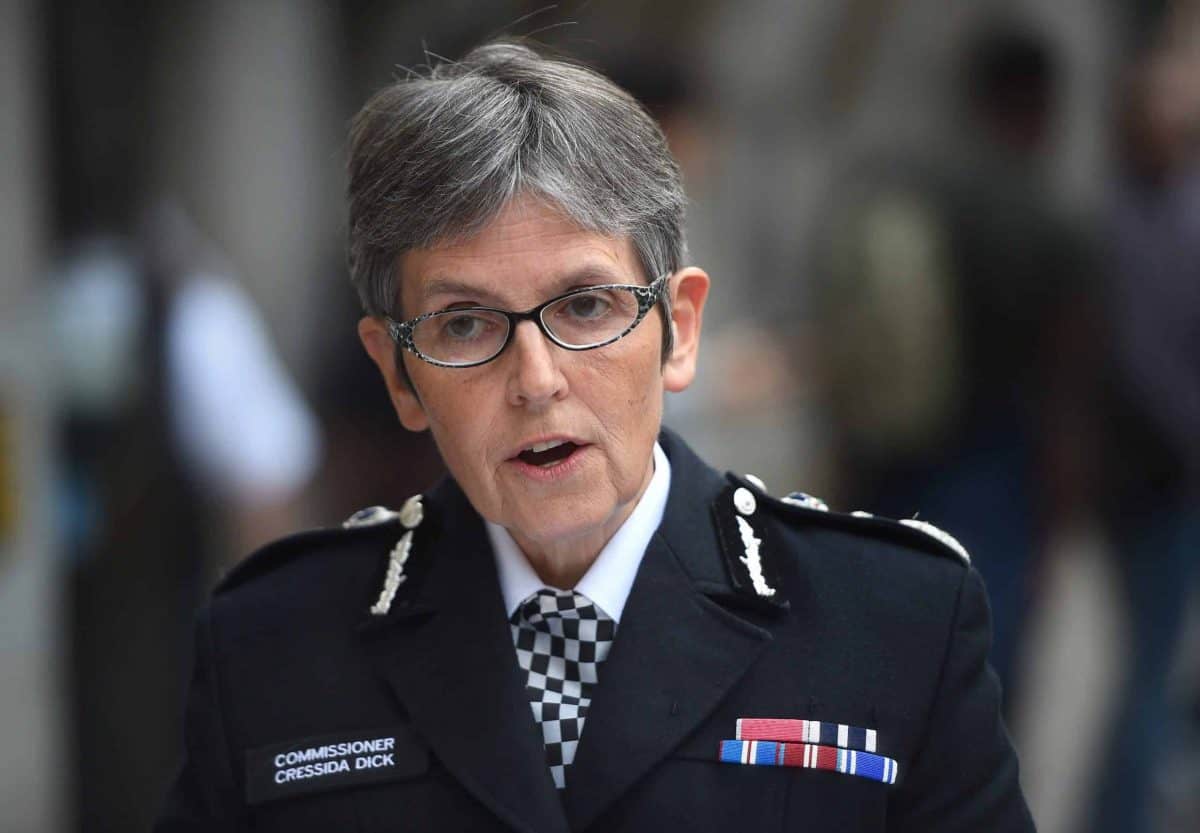 Britain’s most senior police officer has been cleared over complaints about her role in the disastrous investigation into false claims of a VIP paedophile ring.

The Independent Office for Police Conduct (IOPC) said it was “not necessary” to look into claims Metropolitan Police Commissioner Dame Cressida Dick misled the public with comments she made about Operation Midland, adding that criminal or disciplinary hearings were not justified.

Dame Cressida was responsible for supervising the senior investigating officer who said allegations made by fantasist Carl Beech – which were found to be false – were “credible and true”.

The launch of Operation Midland in 2014 saw dawn raids on the homes of D-Day veteran Lord Bramall, the late Lord (Leon) Brittan and former MP Harvey Proctor following a series of allegations that turned out to be lies.

The IOPC said that after reviewing the information provided: “We have determined that it is not necessary to investigate these complaints.

“We do not consider the allegation that the Commissioner deliberately misled the public regarding her role in Operation Midland requires investigation.”

There was “no indication” she may have committed a criminal offence or behaved in a manner which would justify disciplinary proceedings, it said.

Beech claimed that he and other boys were raped and tortured in the 1970s and 1980s and that one young boy was even murdered by members of a VIP paedophile ring.

He is now serving an 18-year prison sentence for 12 counts of perverting the course of justice and one count of fraud.

The Metropolitan Police were heavily criticised in an independent review of the case by former High Court judge Sir Richard Henriques.

But the IOPC found no evidence of misconduct or criminality by the officers during the operation.

Two men known as “A” and “B” – who gave accounts that apparently backed up Beech – had “both deliberately lied”, according to the Henriques report.

His findings recommended that “offences of attempting to pervert the course of justice be considered” against the two complainants, and this should be carried out by another police force.

The suggestion was supported by Mr Proctor, who last year made a string of fresh complaints.

Mr Proctor hit out at the IOPC’s decision, saying that this “provides even more substantial evidence that the IOPC is not fit for purpose” and the “currently flawed system” should be replaced to be “truly independent”.

Scotland Yard has since referred itself again to the IOPC over complaints that officers had failed to fully investigate two other men for lying about being abused as children.

The IOPC added: “It is important to acknowledge that the Metropolitan Police Service (MPS) has made significant changes as a result of the review of Operation Midland by Sir Richard Henriques, and of recommendations made as a result of our own investigation into how the force dealt with search warrants (Operation Kentia).

“This clearly was and still is a very difficult situation that has impacted Mr Proctor’s life significantly.

“Our assessment of the allegations and information should not detract from that fact.”