Nottinghamshire Police rushed to a report of a digger being stolen from a building site in Park Lane, Basford, Notts., just after 3.20am today (9/3). 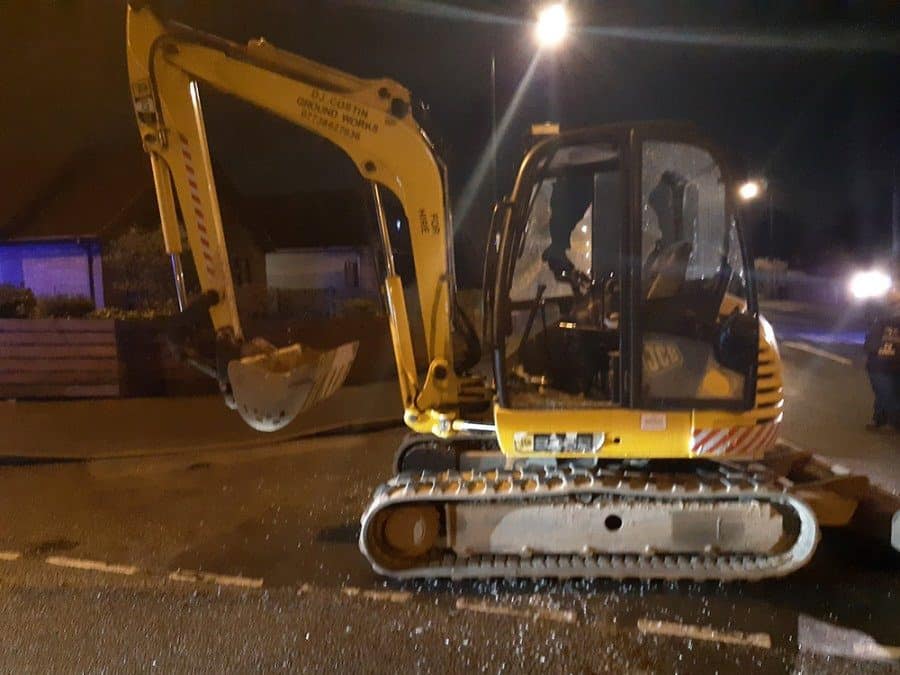 One of the slowest ever police chases involving a stolen digger travelling at just 3mph ended when cops chased the runaway vehicle – on FOOT.

Police dashed to a report of the earthmover being stolen from a building site in Park Lane, Basford, Notts., just after 3.20am today (9/3).

A member of the public called 999 after being woken up by a loud banging sound and then seeing the digger being driven away.

Officers chased the digger on foot before the arrested the driver.

“Officers managed to smash the windows and pull the driver from the digger after it failed to stop.

“A 35-year-old man was arrested on suspicion of theft of a motor vehicle and driving while disqualified following the incident.”