Why let a lie get in the way of a good story? This seems to be the case in the reporting of a Muslim foster carer hitting the front pages of the rightwing press. The Times could find itself in hot water this week after publishing several false claims in its sensationalised report of the […]

by Jack Peat
in Media, Must Reads 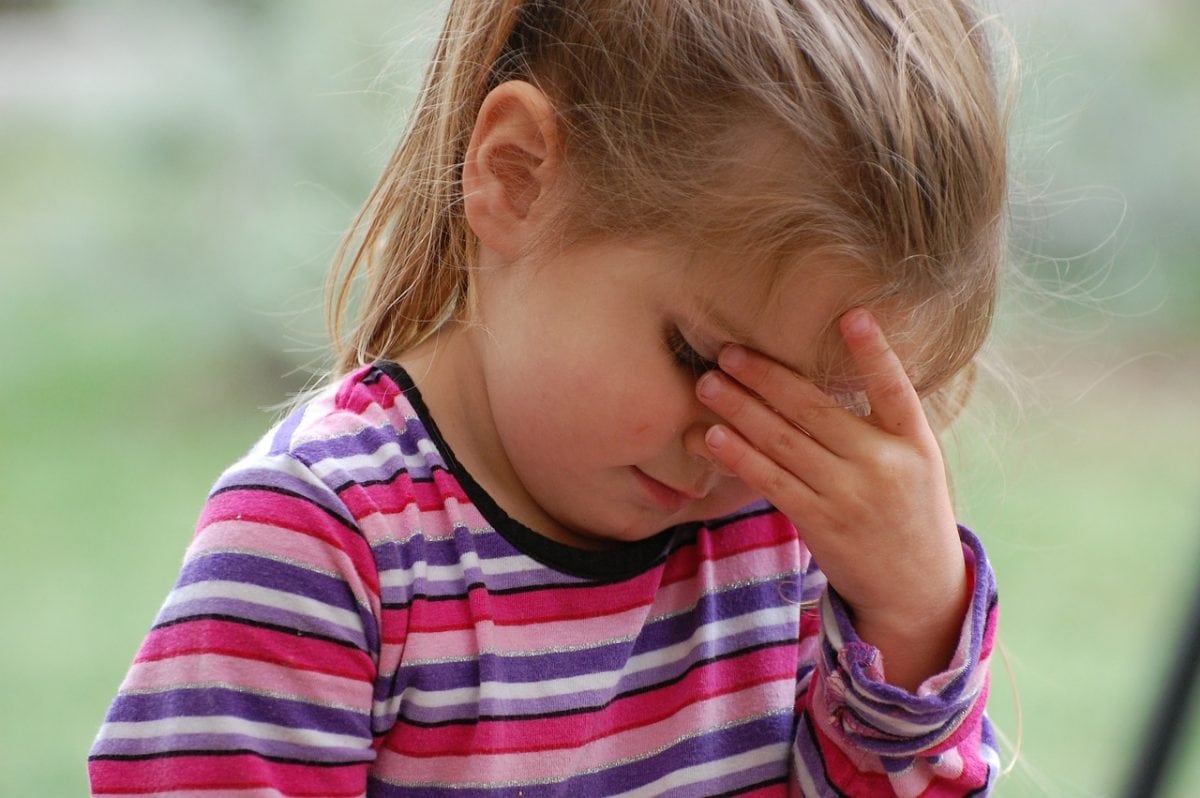 Why let a lie get in the way of a good story? This seems to be the case in the reporting of a Muslim foster carer hitting the front pages of the rightwing press.

The Times could find itself in hot water this week after publishing several false claims in its sensationalised report of the Muslim foster care case. 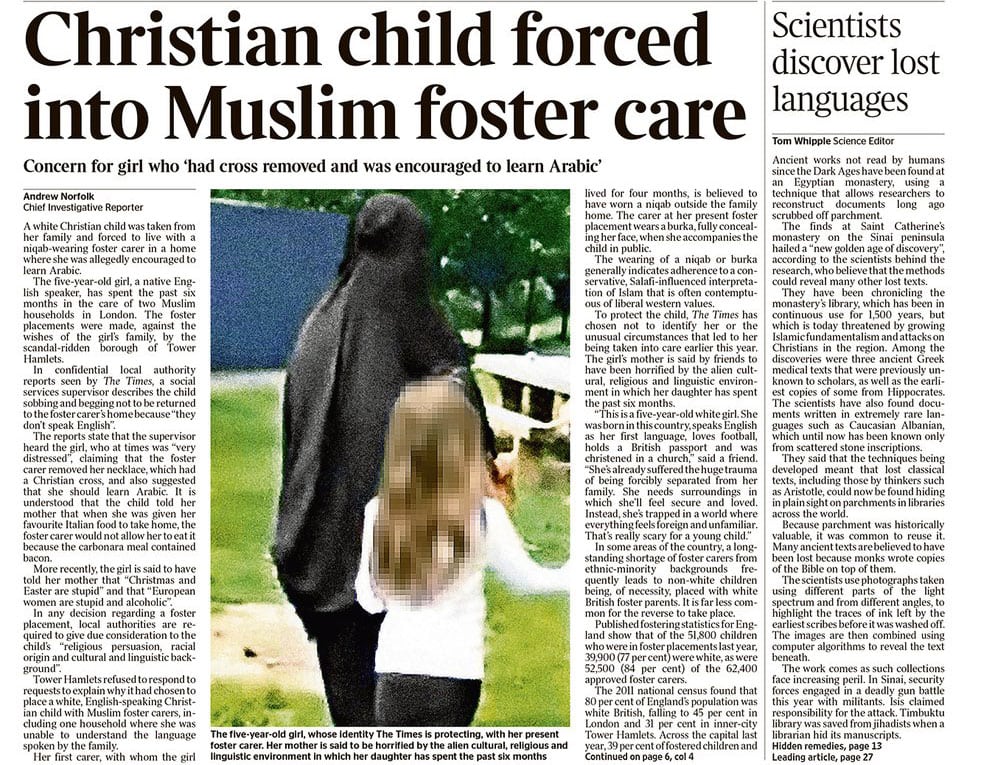 Bank Holiday Monday saw the News UK title run a front-page story about a Christian child who had been “forced” into Muslim foster care, with brash and brazen reports of a “white” girl who was taken against her will to live with a Muslim family who “don’t speak English” in the “scandal-ridden borough of Tower Hamlets”.

The story also claimed the foster carer “removed her necklace”, which had a Christian cross, and suggested that she should “learn Arabic”.

Not discounting the fact that foster care is often an unselfish, heartfelt act on behalf of the carers who have been demonised in The Times reporting; the story has since been proved to be comprised of several falsehoods.

No one remembers the corrections. pic.twitter.com/u6Kv3umMxa

Tower Hamlets Council said there had been several “inaccuracies” in the reporting of the case, particularly the claim that the foster family did not speak English, but it was prohibited from proving specific details.

So why not jump to the most logical, bigoted version of the events?

At least, that seems to be The Times mentality, which has since run several follow-up pieces to its sensational scoop, one of which claimed her parents “begged Tower Hamlets council to let child in Muslim care stay with grandmother”.

Today many of the traditionally right leaning newspapers printed follow up stories about the case.

The sad truth is that fostering is a selfless act which can be difficult and challenging at the best of times. There is already a shortage of foster carers of all backgrounds in the UK. However, there is a specific shortage of those who identify as Muslim. In fact, a Muslim child is more likely to be fostered by a non-Muslim carer than vice versa [which of course isn’t newsworthy it seems].

Reports about the fostering have been seized upon by far-right activists including the English Defence League founder Tommy Robinson, as well as Britain First and the EDL, showing how the media is fuelling right-wing views in Britain.

According to the Fear and HOPE 2017 report, released today, a quarter of English people now think Islam is a dangerous religion that incites violence, with 52 per cent saying that Islam poses a threat to the West.

As Miqdaad Versi, the assistant secretary-general of the Muslim Council of Britain, which has secured dozens of national press corrections over reporting about Islam and Muslims, said in recent Tweets, stories like this hardly help.

Demonisation of the foreigner (especially the Muslim foreigner) is the clear undercurrent in this entire piece. It is appalling https://t.co/F61LQDSEGd

The Daily Mail have also been accused of Photoshopping a picture of a veiled woman in Dubai to sensationalise the story.

Fake news has gone mainstream, so it appears. This is the Daily Mail version of this story. pic.twitter.com/CKtQrOoeFb

A spokesperson for Tower Hamlets council said: “While we cannot go into details of a case that would identify a child in foster care, there are inaccuracies in the reporting of it. For example, the child is in fact fostered by an English-speaking family of mixed race in this temporary placement. We would like to give more details but we are legally restricted to do so.”

They added: “We have always been working towards the child being looked after by a family member and we continue to do so.”