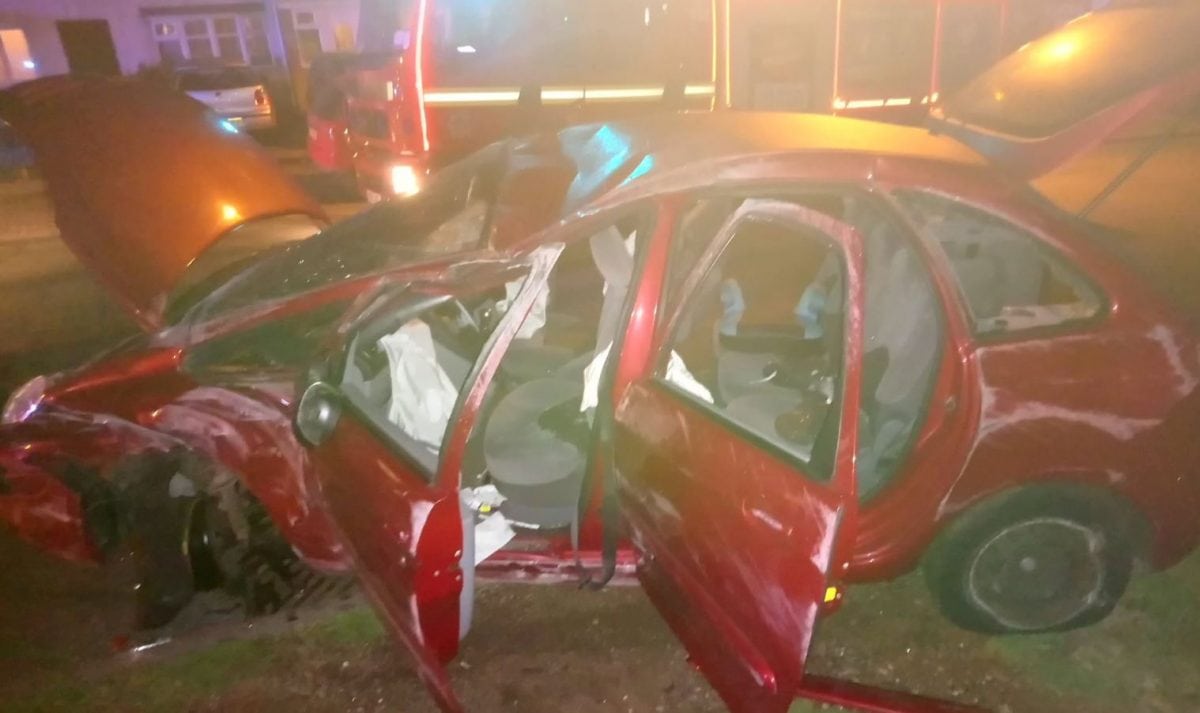 A suspected drunk driver crashed a Citroen Picasso – with EIGHT children crammed in the back seat.

The 38-year-old male driver was arrested on suspicion of drink driving following the crash.

A total of ten people, including eight children, were in the red car when it ploughed into two parked vehicles at 11.15pm on Friday (10/8).

Pictures taken at the scene show the front of the car caved in after it crashed in Kettlehouse Road, Kingstanding, Birmingham.

Three of the children were rushed to hospital with minor injuries but were later released.

A spokeswoman for West Midlands Police said: “We were called to Kettlehouse Road in Kingstanding at 11.15pm on Friday, August 10 after receiving reports of a collision involving three cars.

“Upon arrival, eight children and two adults were found to have been travelling in a car which crashed into two stationary cars on the road. 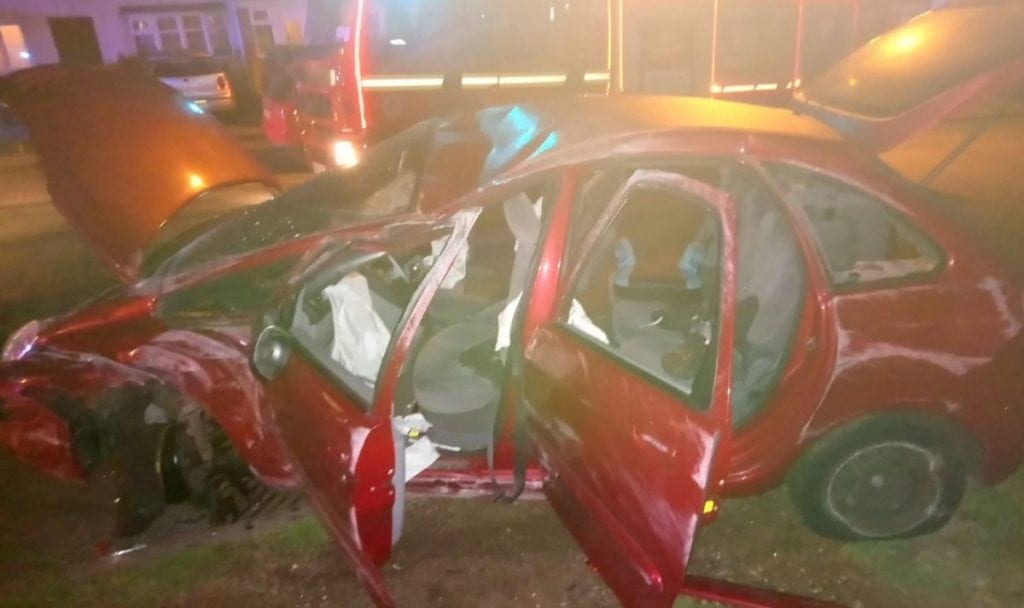 “Three children were taken to hospital with minor injuries and have since been released and safeguarded.

“A 38-year-old man who was arrested on suspicion of drink-driving has been released pending further investigation.”

“Why you would put children at such risk really does surprise us.

“No serious injuries although the driver has got an interview with the police and some
serious explaining to do after colliding with two parked cars.” 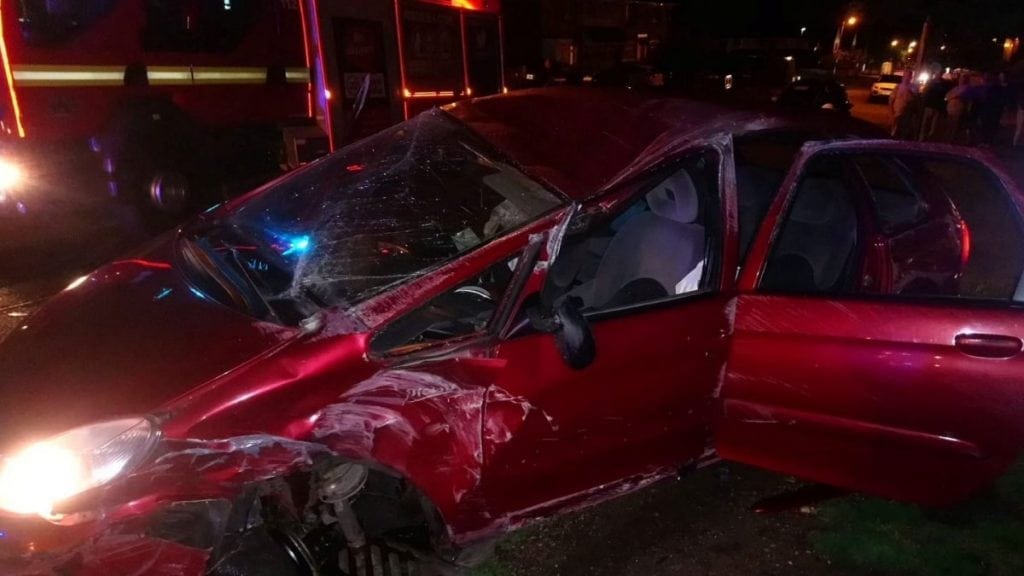 Some family members made furious posts on Facebook claiming their children were among those involved in the crash.

One said: “My son was one of them in the car. He didn’t want to get in. But was encouraged to get in.

“Bear in mind they are still just children. My son is only 13.

“Absolutely furious. He could have killed them all.”

Another mum added: “He took my son in this car. Words cannot describe how I feel at this moment I’m just so thankful he’s alive – so f***** angry.”

One woman said: “My grandson was in that car. Thank God they were all OK! Could have woke up today with tragic news!”

One eyewitness said: “It was my best mate who got four of them out.

“One three-year-old wedged between the seat and one of the oldest lads was heard saying quite a few times ‘I told them I didn’t want to get in’.”