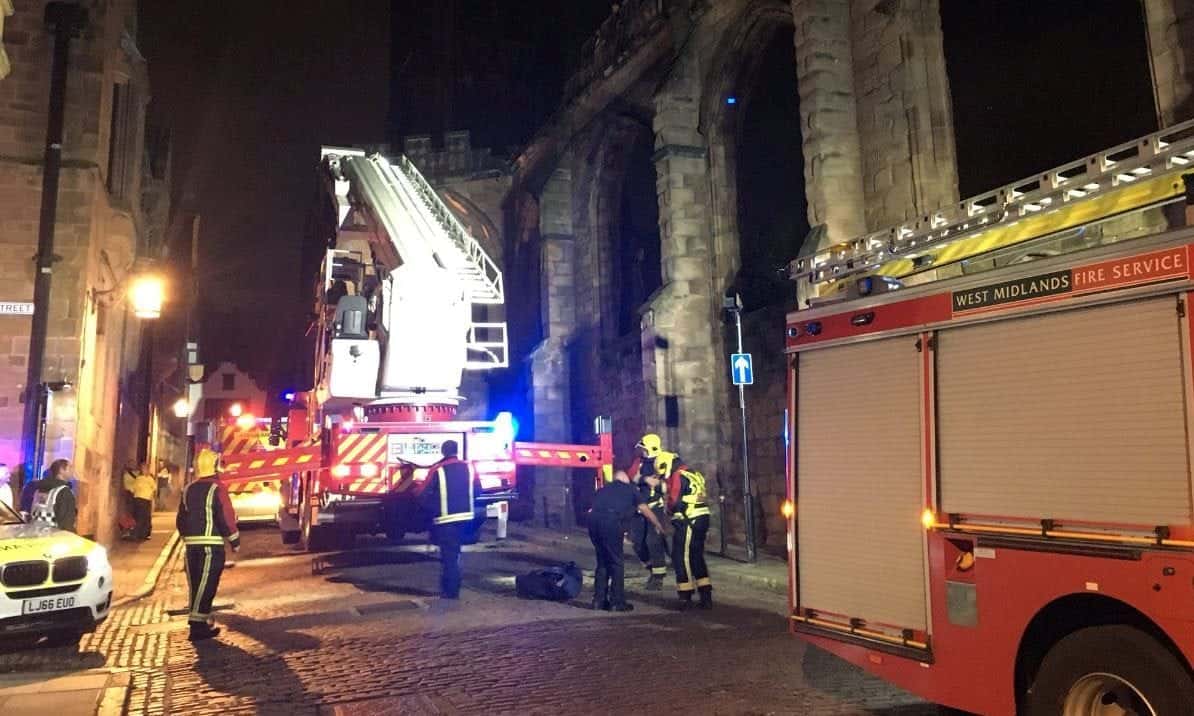 This is the shocking moment two drunk revellers were rescued by firefighters from the top of Coventry Cathedral.

Pictures tweeted from the scene show the men gripping onto the concrete pillars at the top of the ancient cathedral. 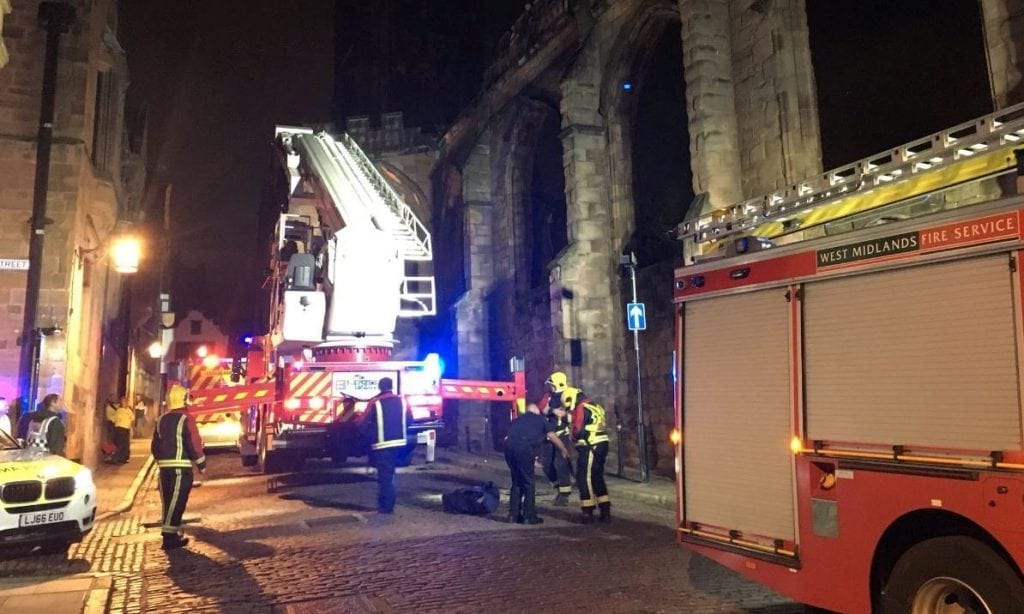 The pair were safely brought down with the help of a hydraulic platform before being arrested on suspicion of trespassing.

Pete Drummond, Research, Development, Technology and Innovation Station Manager at West Midlands Fire Service, wrote: “Not the brightest thing to be doing on a night out, 2 adult men decided it was a good idea to scale Coventry Cathedral endangering themselves and others for a laugh.

“Both have been arrested for their actions. #fools” 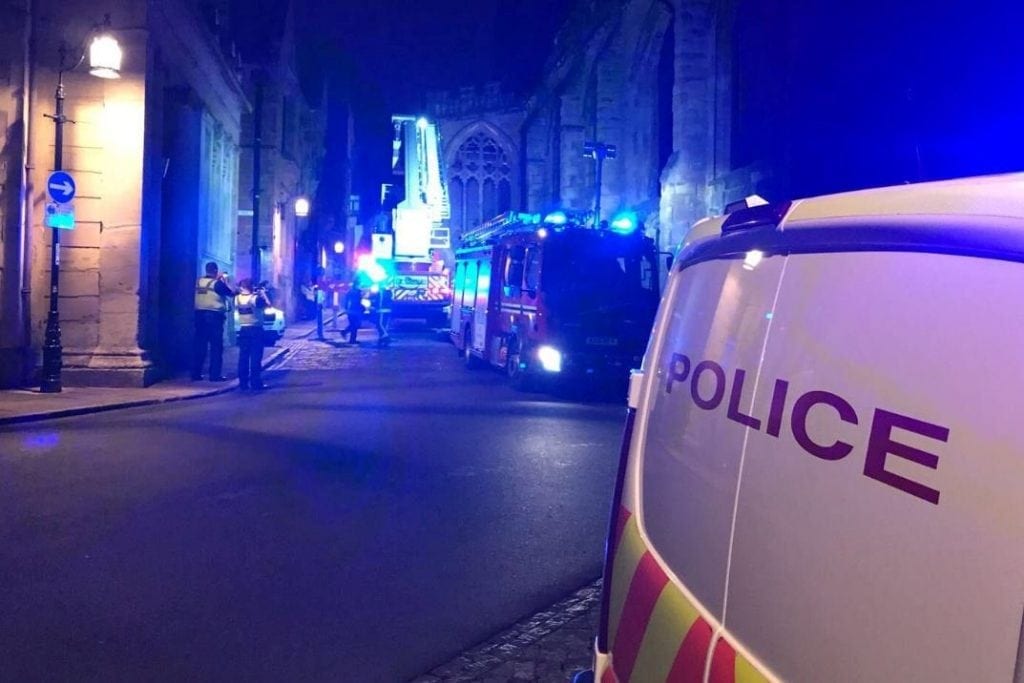 West Midlands Police tweeted: “Huge thank you to our colleagues @WestMidsFire and @OFFICIALWMAS for their help returning two drunk people back to earth from the top of the cathedral ruins tonight after their late night drunken climbing spree.”

A spokesman for West Midlands Ambulance Service said: “We were called by the police just before 11pm.

“We sent one ambulance and one paramedic officer tot the scene.

“We assessed two men once they were back on the ground.

“Neither wished to be taken to hospital so they were discharged.”