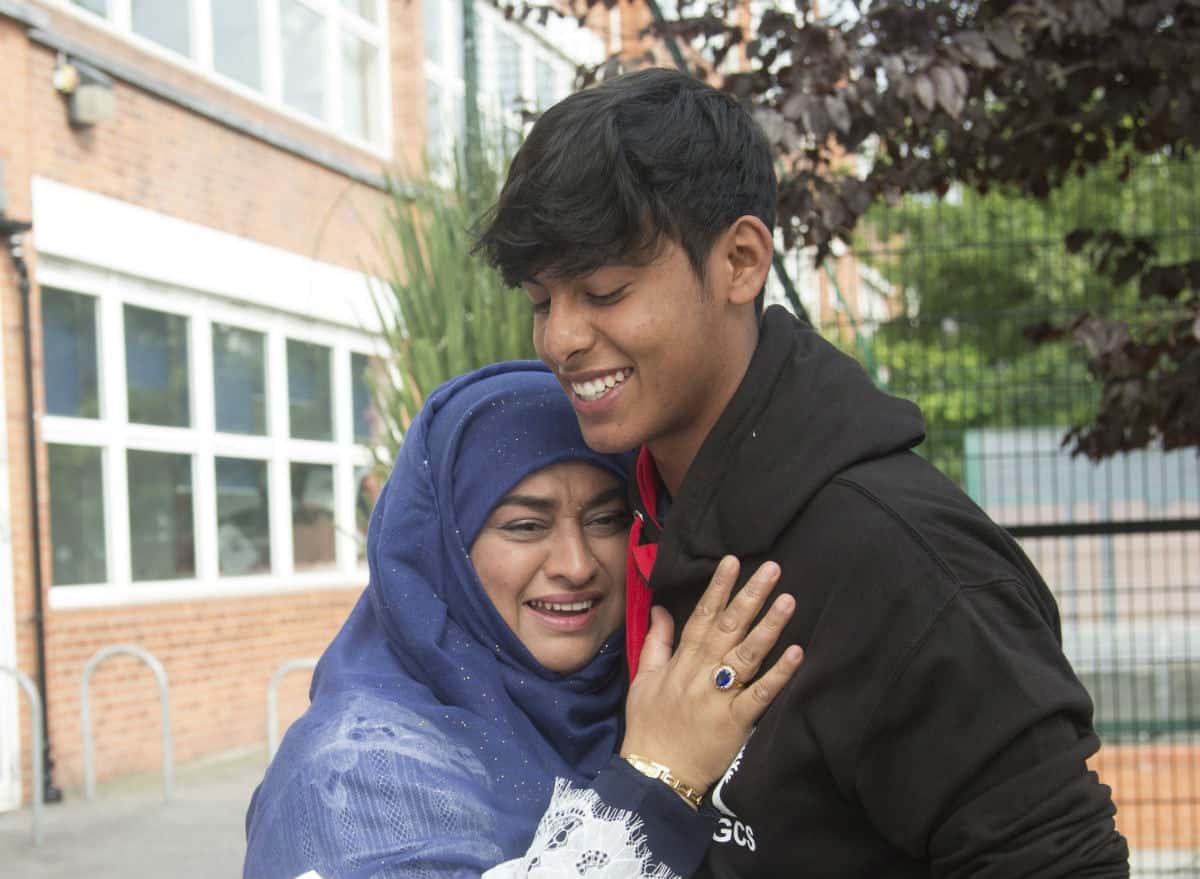 FROM THE EAST END TO ETON – The brainy son of a Bangladeshi immigrant is to follow in the footsteps of Prime Ministers and Princes after 13 A grade GCSEs earned him a sixth form scholarship at Eton College.

The brainy son of a Bangladeshi immigrant is to follow in the footsteps of Prime Ministers and Princes after 13 A grade GCSEs earned him a sixth form scholarship at Eton.

Straight A student Kaashif Kamaly, 16, says he can’t wait to get started at the college where Winston Churchill as well as Princes William and Harry were educated after achieving 6 A stars and 7 As.

He will swap Forest Gate Community School in London’s East End for the world-famous public school in September.

He said: “I’m so happy words can’t even describe. I’m totally in shock.

“It’s been a difficult couple of years, but I’m very proud of what I’ve achieved – and it’s thanks to my parents and the school.”

He added: “The first part of the three part educational trilogy has finished. Eton college next.

“I’ve worked so hard, now I’ve finally done it. I feel like I’ve proved myself.

“Eton is renowned for having the best education so I’m grateful to go there.”

Kaashif credits his “hero” father Shah Mia, who works as an immigration officer at Heathrow despite a disability, and his mother Shewly Begum, as having instilled a strong work ethic into him.

He said that he had been turned down by a lot of colleges, but he had definitely “saved the best till last.”

Kaashif says going to Eton for the first time was quite intimidating.

He said: “It was quite scary visiting.

“There is a hump you go over when you get there and first see the school, and I felt my guts plummet.

“It was an emotional rollercoaster on the first day. But integration was swift and I was treated as one of their own.”

The student, who will be joining the elite of English education, said he was relieved to achieve the GCSE results he did.

He added: “I’m relieved with what I got, what I have in front me: it’s opened a gateway.

“To say it’s a victory for myself is an injustice.

I would say it’s 80 per cent down to the school. They have really pushed me. It’s a debt that can’t be repaid.”