by Clair Hart
in Heart Wrenching, Must Reads 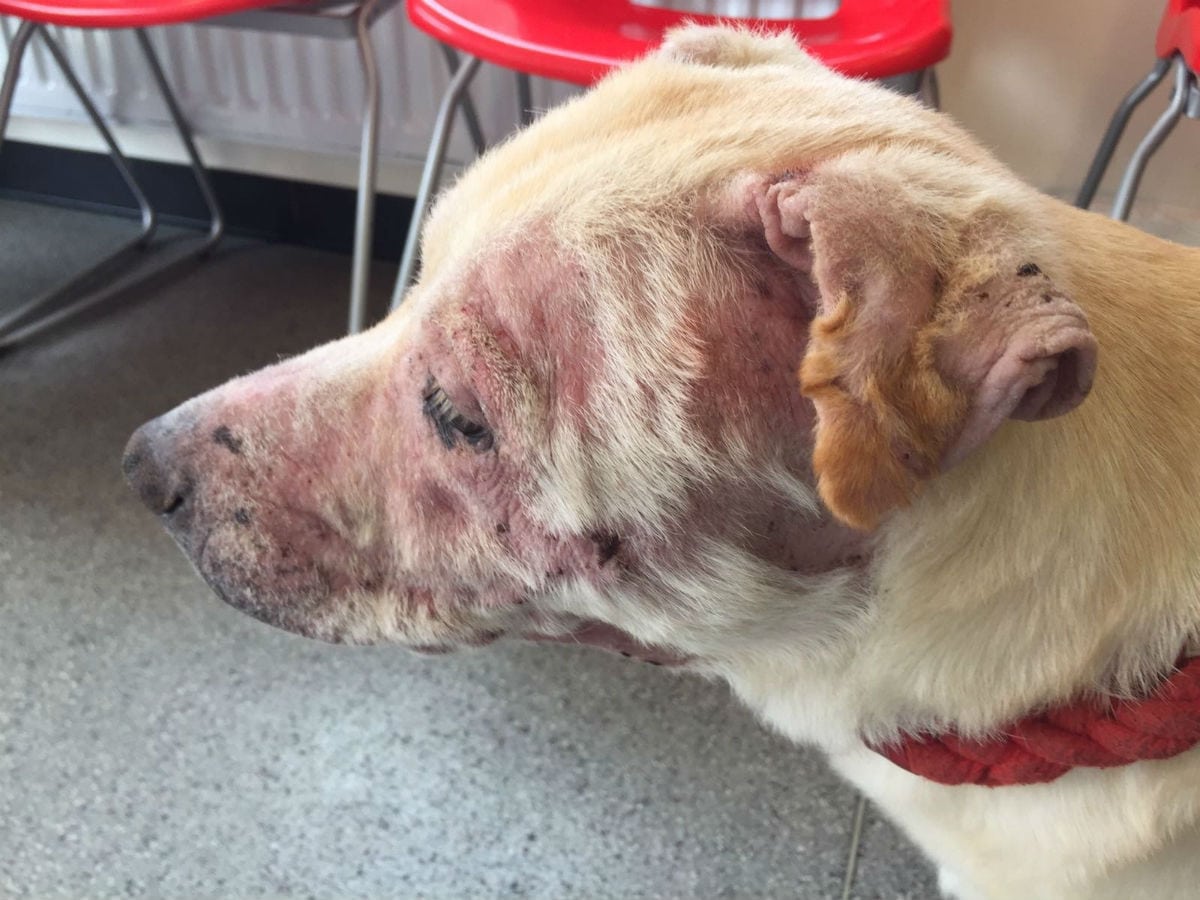 These horrifying pictures show the suffering endured by a Labrador-cross which had a tumour so big it touched the ground and was tied together by STRING.

The disturbing images show the stricken animal, nicknamed Lilly, with the huge tumour dangling between her legs after suffering neglect at the hand of her owner.

The poor dog was also suffering from a severe skin condition, had overgrown claws and her ears were so swollen and infected they were closed.

She was rescued from her despair by Northumberland County Council’s animal welfare team who commented that an investigation against Lilly’s former owner is “ongoing”.

Lilly was then given to SHAK dog sanctuary and is now recovering after having the tumour removed in what the charity’s founder Stephen Wylie described as “one of the worst cases of neglect” he had ever seen. 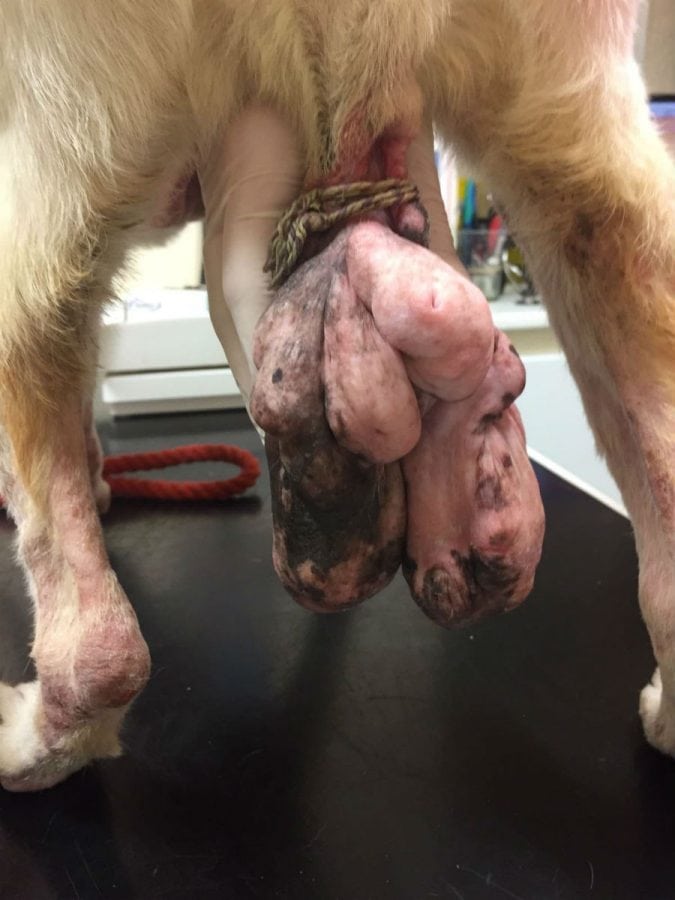 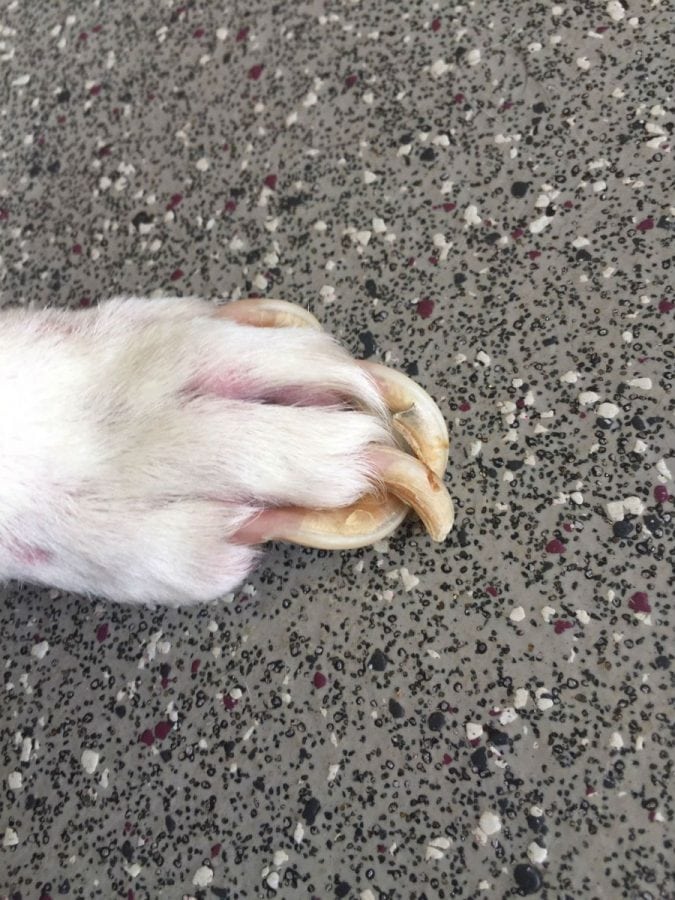 Stephen said: “She was in a horrendous condition when she was handed over to us and I can say, hand on heart, that it is one of the worst cases of neglect/mistreatment I have ever seen.

“On arrival with the animal welfare team, she was suffering from a horrendous skin condition, her face especially was so red and sore, but also her claws were disgustingly overgrown and her ears were so swollen and infected they were simply shut.

“However, it wasn’t until Lilly first stood up in the house that the animal welfare officer saw the true horror of the neglect she suffered.

“Hanging from between her back legs was a huge mass, that almost touched the ground when she walked. Even worse was to come, when on closer inspection it appeared the mass was being held together by string.

“For me, this is the biggest shock in all of this. The skin condition I’ve seen a hundred times before, but never anything quite as cruel as leaving a dog tied up like that.

“It must have been so uncomfortable apart from anything else. Surely there must of been a moment at some point when someone would have realised the dog needed to see a vet?”

After being rescued, Lilly was taken to the vets, where she was prescribed eardrops and steroids for her skin.

Her tumour was subsequently removed by St Clair Veterinary Care and Stephen is waiting to hear whether the mass was malignant or benign.

Lilly stayed with Stephen during her recovery but has since moved on to a temporary foster home.

To inquire about fostering Lilly, or any other dogs in SHAK’s care, send an email to foreverfoster@shak.org.uk