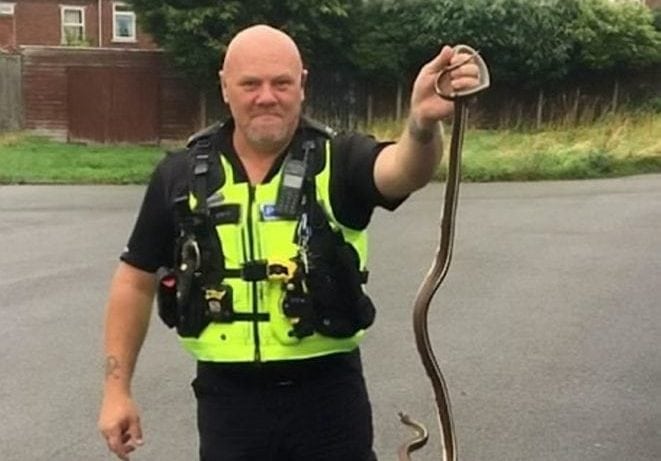 Children returning to school after the summer holidays got a shock when a 6ft-long SNAKE was found in the playground.

Police were called to Hargate Primary School in West Bromwich, West Mids., at 9am ton Monday after the live reptile was spotted by staff.

The critter, a non-venomous Kingsnake, was captured by PC Andy Kitson who posed with it before taking it to a rescue centre. 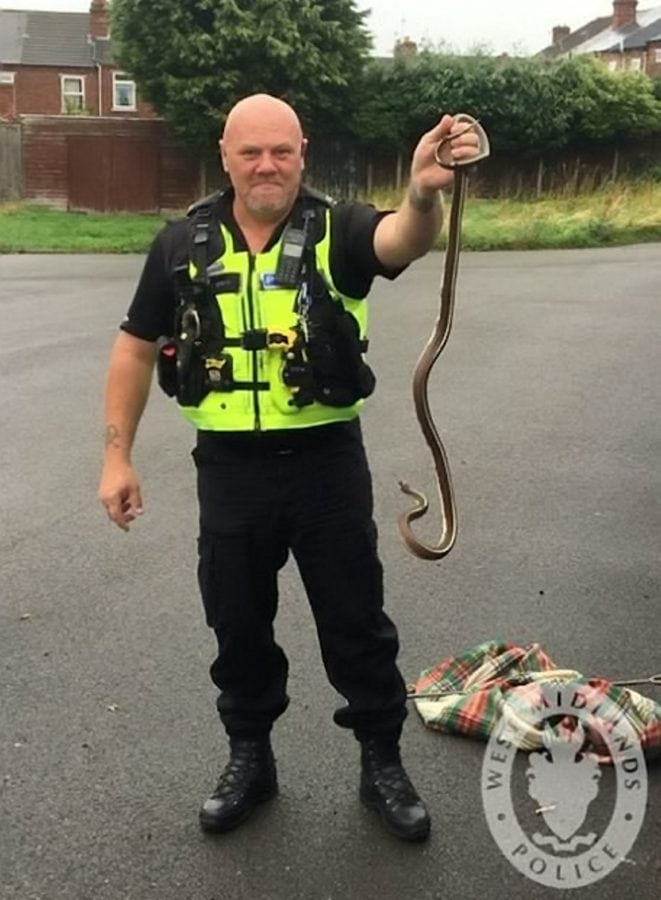 Sandwell Police wrote on Facebook: “Two of our Response officers had a very unusual start to their day this morning as they rescued a snake from West Bromwich.

“They were called to Hargate Lane just before 9am, where a large snake was found to be roaming around behind the fire station.

“Two brave officers attended and picked up what they believe to be a non-venomous kingsnake, before taking it to a rescue centre in Gornal, Dudley.

“PC Andy Kitson even stopped for a quick picture with his new friend.”